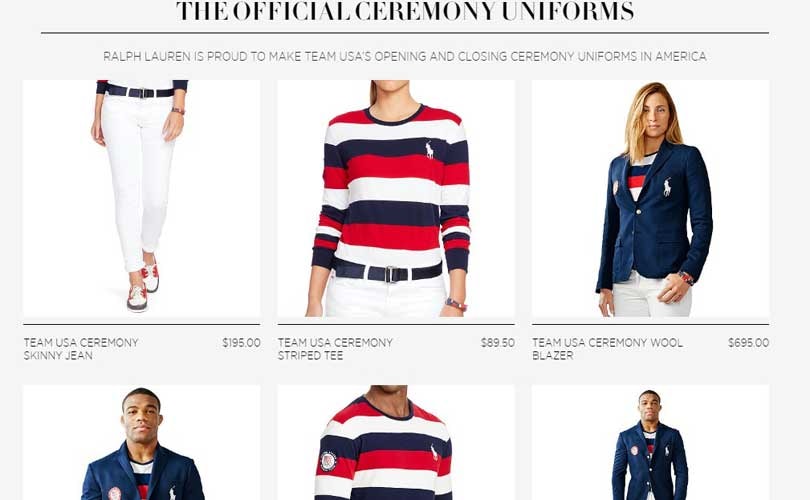 Team USA's uniform for the Olympics: a (big) name and all the figures

The US Olympics Committee decided to up their – fashion – game a notch earlier this year when they announced that a heavy weight of the national fashion industry will be tasked to design the Team USA´s uniform for the Olympic Games in Rio.

It was back to London 2012 when Stella McCartney collaboration with Adidas ignited what today looks like a trend set to stay: big names behind many national Olympics teams. In the case of Stella, she has dressed British Olympic athletes for the past two editions of the Olympic Games.

This year will be the first time that a famous designer is tasked to do the same for US medallists to be: Ralph Lauren.

Available for the general public on the designer´s stores and online store, as well as in selected retailers such as Macy´s, the Rio Olympic Games collection includes items ranging from to the 695 dollars the wool blazer, which Ralph Lauren designed exclusively for Team USA to wear during the opening ceremony of the Rio Olympic Games, is tagged at, to the 79.50 dollars stripped cotton t-shirt the Team USA members will sport at the Closing Ceremony.

FashionUnited reviews the figures behind the full equipment Ralph Lauren has created for the US Olympics team.

·331 are the years that, in total, American factories have been in operation

·4th generation working at the family-run factory of Rancourt & Company, the firm behind the boat shoes the US team will wear during the Opening Ceremony