who is referred to as the 'Godfather of denim', is said to have been working on developing new laser cutting technologies and water conservation techniques. Now he seems to have been tapped by Tadashi Yani, chairman, president and CEO of Fast Retailing, the Japanese holding company that acquired J Brand in 2012. 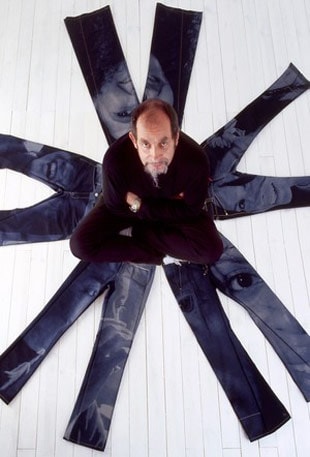 Girbaud set to take on senior role at J Brand

According to internal sources, Yani himself was interested in hiring Girbaud to take on a senior role within Fast Retailing, although the designer is said to have been attracted to a position located in Los Angeles, reported FashionMag.

Although J Brand has yet to formally announce the French designer's new appointment, Girbaud admitted that the role in California was especially appealing to him due to the number of "close" acquaintances he has in city, such as Jimmy Taverniti and Adriano Goldschmied.

Girbaud is set to join J Brand amidst a management shake up. A few weeks ago, the label's creator, Jeff Rudes, who founded the premium denim brand in 2004, left the company as he felt that it was time “to move on create what's next.”

Prior to Rudes departure, J Brand's chief financial officer, Thimio Sotos left the company in March and within the same month fashion veteran Lynne Koplin was tapped as the label's president. Since Rudes exit from J Brand, Andrew Rosen has been overseeing general management of the denim label, who has also held former positions at Theory and Helmut Lang.

Girbaud and Rosen have a shared history prior to working at J Brand together; Carl Rosen, Andrew's father is said to have been one of the key pioneers who helped launched Marithé + François Girbaud in the US, where the label went on to become immensely popular during the 1990s.

Marithé + François Girbaud was first founded in 1972 by the designer duo and couple Marithé and François. Girbaud has been credited over the years for his pioneering techniques in the field of stone washing and the label was widely successful through the 80s, 90s and 00s. However after the start of the economic crisis in 2008, the label began struggle and the brand's popularity started to wane within the US.

During the first European edition of boutique denim trade show Kingpins, Amy Leverton, trend forecast and denim director at Stylesight, singled out the label as one the the main denim brands which has devoted itself to sustainability and innovation. As J Brand is currently in the process of adding new ready-to-wear lines to help redevelop its brand image as a full-fledged fashion house, Gibraud innovative touch will most likely be a welcome addition to the Californian based brand.