Made-in-China Apparel - good for everyone minus the Chinese

It has been called fashion's dirty little secret but according to Miuccia Prada, soon everybody will be doing it. Made-in-China's just fine with Prada's supremo and a host of other influential industry figures. But for Chinese companies and designers seeking to become global style players,

producing high-end clothing on home soil is complicated. Trade barriers, brand perception issues and the sourcing of certain fabrics combine to form an obstacle to them competing internationally with an exclusively homegrown product. 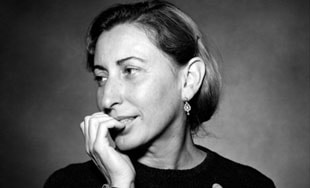 Uma Wang, China's best-known international designer, says the nature of her business dictates a 40 percent made-in-China, 60 percent made-in-Italy production model. The creative work including production of samples is mostly done at Wang's headquarters in Shanghai. But she spends half the year in Milan overseeing production and dealing with suppliers.

For Wang, whose sales are mostly outside China, import/export taxes are the key issue. "An item produced in China, by the time it is sent to the shops, it adds an extra 30 percent to the price," Wang told AFP. The add-on costs are even greater if high-tech fabrics, an area in which Italy is acknowledged as having an edge, have to be imported and subjected to China's textile tariffs.

So for Wang, with 58 shops around the world but only six in China, sticking with Italy makes sense. Even if the trade barriers were to be swept away, she could not easily move production closer to home. "The quality, for making the clothes, the basic sewing, is no problem in China," she says. "But for the fabric it is 100 percent from Italy. For the material I have to say that China is not yet at the level. "And now I'm really used to the switch -- two time zones, two cultures, the two foods! It's amazing."

Zhu Chongyun, another Chinese female fashion entrepreneur, has just begun to share Wang's two-continent lifestyle following her acquisition of venerable Italian house Krizia earlier this year. Shenzhen-based Zhu said she would retain Krizia's Italian identity. "We don't want to mislead the public into thinking that because (Krizia) is now Chinese-owned it is going to have more of an Asian culture -- that is not what I want," said Zhu. 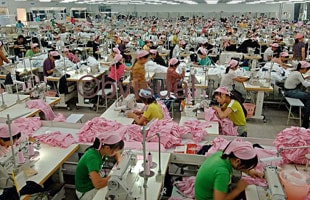 Seven years ago, Alfred Chan, the Canadian owner of Hong Kong-listed group Ports Design Ltd, declared that the world's biggest fashion houses should "take the Pepsi challenge" and try Chinese manufacturing. Armani (for its diffusion ranges), Burberry and Prada, among others, did and found they liked the taste. Miuccia Prada told the Wall Street Journal in 2011 that: "Sooner or later everybody will be doing it because (Chinese manufacturing) is so good."

Exactly what proportion of top menswear, womenswear and accessories are produced in China is difficult to measure because of the complex and variable ways in which such things are assessed. It's clear, however, that powerful industry trends are driving more production China's way. The post-2007 fallout from the global financial crisis hammered a sector dominated by profit-driven conglomerates that covet cost-savings.

The downturn has also made China's new rich more important as consumers of luxury products. By one estimate, the combined purchases of shoppers in China and the tourists it sends abroad will account for 50 percent of the sector's worldwide turnover by next year. All of which makes it noteworthy that one of the companies declining Chan's Pepsi challenge is his own designer subsidiary, Ports 1961.

Originally a Canadian brand, Ports 1961 moved its HQ from New York to Milan two and a half years ago and is in the process of making itself as Italian as a thimble-sized espresso. "For us it is an issue about positioning," says Salem Cibani, the company's youthful CEO. "Our commercial line (Ports International) is luxurious and very well-made with some expensive fabrics. But when we are producing in Italy, there are certain artisanal things that we are doing at a very high-level designer way that are not necessarily very doable in China.

"Also the best materials are coming from Italy. To move them all the way to China and back is also an exercise that takes time and adds cost. "Yes Italy is more expensive, but for what you get, the value is still there." That view is endorsed by Italian cashmere magnate Brunello Cucinelli, a titan of the "absolute luxury" sector which he sees staying in old Europe.

"The French have been making champagne for 500 years and it is very, very special," he says. "When I hear people saying there are other 'champagnes' that are the same, it's just not true. "My grandfather and grandmother were simple farmers but already they were making clothes. It is part of our culture. In these things, it takes centuries to arrive at a certain level." (Angus Mackinnon, AFP)