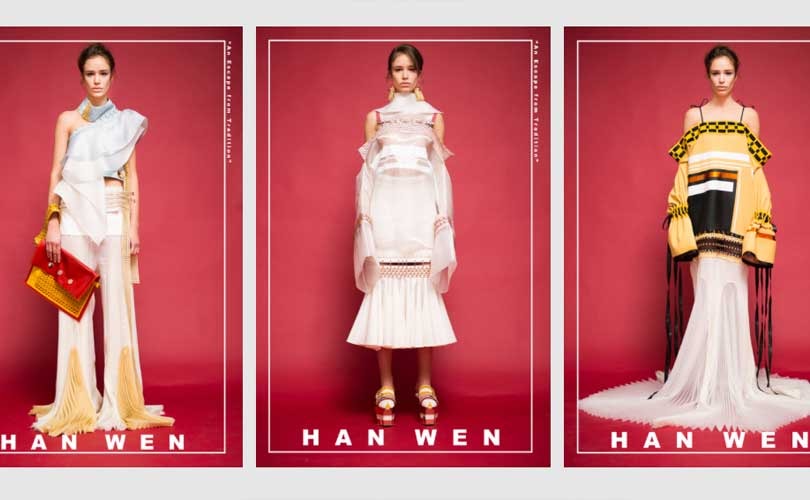 Wen is a graduate of Parsons The New School for Design and was a finalist in the fifth edition of the Parsons x Kering Empowering Imagination design competition, and was featured as part of a Vogue US online series on the finalists.

His eponymous label features detailed pieces that blend couture elements with a ready-to-wear feel, which reflect the designer’s multicultural background to create refined textures and silhouettes.

Wen will receive a fully sponsored catwalk show during London Fashion Week in September, as well as showcase his collection at the Fashion Scout London exhibition, with the aim of allowing the designer to gain exposure among press and buyers.

Fashion Scout’s founder and creative director Martyn Roberts said: “Han Wen is a truly talented graduate of Parsons New York. His avant-garde collection is modern, edgy and extremely well made. Han Wen is a gifted designer who has great potential.”

On receiving his award, Wen commented: “I have been a big fan of Fashion Scout since I was a sophomore student at Parsons School of Design. I have always appreciated how the European fashion industry has always supported and encouraged up and coming designers. It is such an honour for me to receive this award, and I really can’t wait to present my creations to London and the world.”

Wen will showcase his spring/summer 2017 collection on September 17.