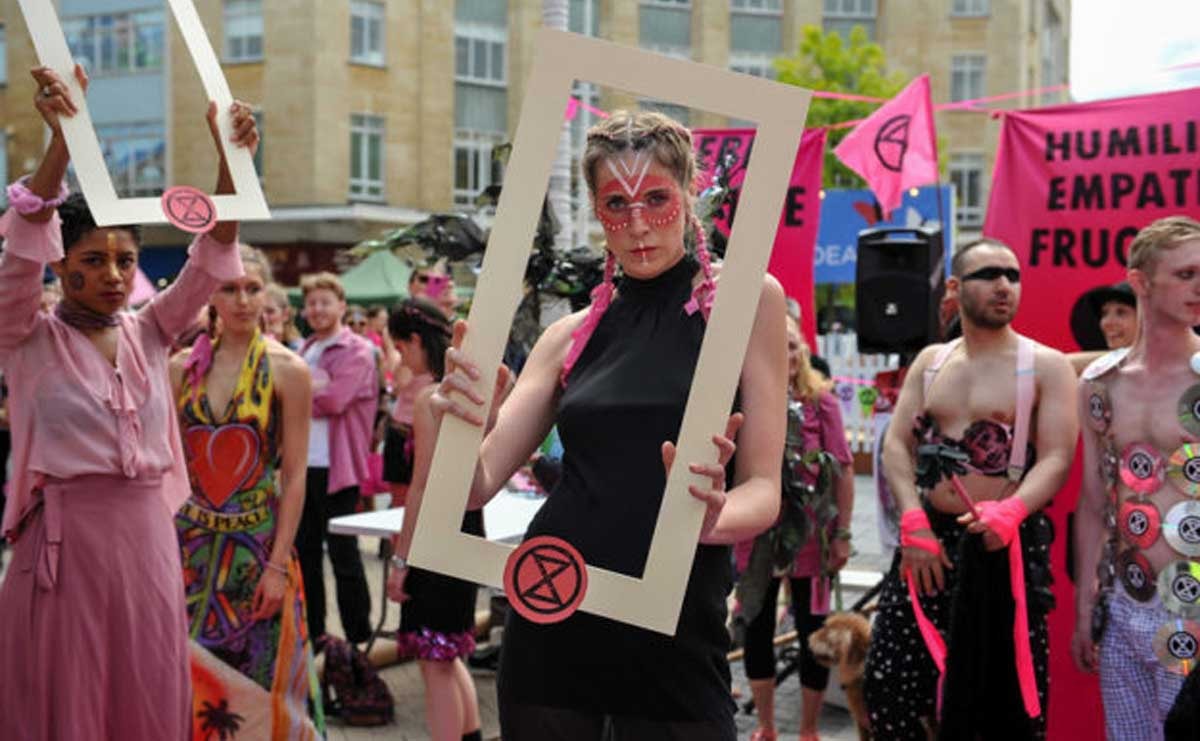 How Can We Future-Proof London Fashion Week

Nearing its 40-year anniversary, London Fashion Week ranks alongside New York, Paris and Milan is one of the ‘big four’ global runway scenes, and is celebrated for its support of new, boundary-pushing design talent. But, between questions of its environmental impact and overall relevance to the present fashion system, LFW has been struggling to modernise and remain an innovator.

Rival fashion scenes like Copenhagen Fashion Week, who promote a slowing approach to the fashion system by vetting their brands against their newly unveiled ‘Sustainability Action Plan’, indicate a change of guard in the fashion system.

And whilst last September’s London Fashion Week placed the sustainability agenda front and centre – relaunching the designer showrooms as the Positive Fashion Exhibition, the announcement of the Award for Positive Change, and the launch of the Switch to BLUE® campaign to curb single-use plastic hangers – there was still pressure from Extinction Rebellion to cancel the event, and a #PositiveFashion panel discussion hosted by the British Fashion Council (BFC) concluded that there is still a long way to go, to help turn sustainability from “niche to norm”.

Little is likely to change in the immediate future, with continued partnerships with brands like JD.com –China’s largest retailer – further confirming a reluctance to overhaul the event, and with the show falling short of Copenhagen-style sustainability scrutiny of the brands on show.

Furthermore, the shift to direct-to-consumer approaches like shoppable collections, and allowing members of the public to purchase tickets to LFW changes the purpose of the show to mirror the speed and success of fast-fashion. And, as the mass market accelerates into what, in some brands, is now 52 drops a year provision of newness; the purpose of these catwalks has become uncertain. The trends street stylers flaunt in and around the shows has been shifting focus from the collections for some time, but added to a sped-up design process; individuality and innovation on the catwalk are in danger of eroding away. It’s fair to say this tug-of-war depicts an identity crisis in the global fashion system which poses the question of relevance for future fashion weeks.

The shift to direct-to-consumer approaches like shoppable collections, and allowing members of the public to purchase tickets to LFW changes the purpose of the show to mirror the speed and success of fast-fashion

In 2016 Demna Gvasala (Vetements) famously campaigned against the constraints of a catwalk system which has grown to nearly a full calendar of haute-couture, including men’s collections, swim collections, bridal collections, and pre-season presentations. The demand for newness and fast-fashion at the lower end of the fashion market is undoubtedly influencing the upper echelons of the industry.

Adding the streetwear influence, adoption of the drop model and hype branding into the mix has further blurred the lines between the high street and high-end. 2019 was looking like the fashion system might speed up so much that it could implode from within.

But, in 2020 we could now be seeing a shift away from streetwear toward eclecticism, nostalgic styles, minimalism and utility, which all signify a move towards a slower mode of style with better quality, and greater longevity. This new shift also provides space for a bohemian revival where the emergence of re-sell, vintage and rental business models are now perfectly placed to take advantage of trends that do not rely on the ‘box-fresh’ aesthetic.

And, judging by the Pre-Fall (collections that drop before autumn/winter), Copenhagen Fashion Week and the start of New York Fashion Week (NYFW), nostalgic styles are now clawing back the share previously taken up through sports influences. So, we are now starting to see a re-emergence of femininity, historical references through corsetry, frill collars, prairie necklines, and warm 70s inspired camels and browns. And, the outsized yet sculptural silhouettes seen at Stella McCartney and 3.1 Phillip Lim, which are designed using elements of tailoring and a minimalist aesthetic represent even more of a move away from past seasons. These refreshing shifts, which are starting to signify a nod to slowness and style, over hype and logomania could see the tables turn, with LFW leading the way in the global runway scene, not lagging behind. 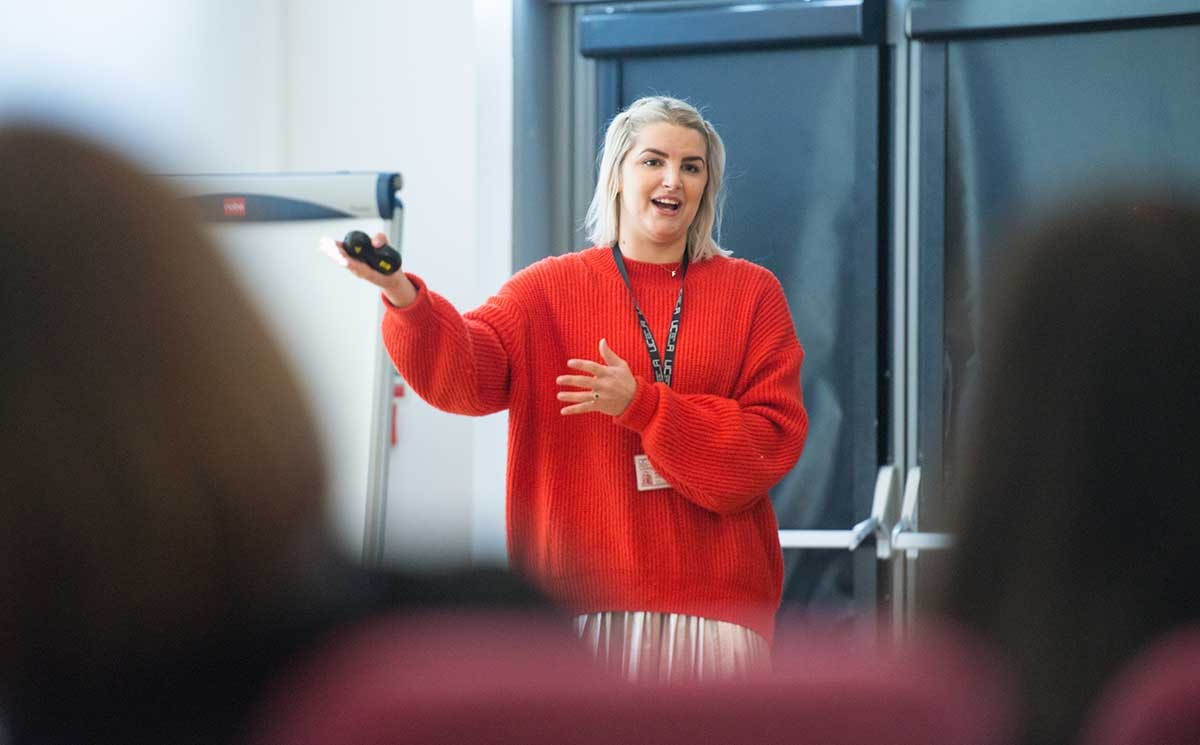 But, what about the future, who can we look to, to carry on this innovation, to ensure the fashion industry reclaims its authenticity, and will be able to help turn sustainability from “niche to norm”. From a creative education perspective, at the University for the Creative Arts (UCA), we have prioritised ‘teaching for the future of the industry’ at the Business School for the Creative Industries. We are equipping students with the skills and knowledge to turn-the-tide on disposable fashion, and implement change in the industry.

Design is inherently innovative, and given the basic element of time, creatives cannot only solve problems but, have the opportunity to create. The prospect of slowing down the industry and cutting back the fashion calendar will open up a new era of design, one that supports boundary-pushing emerging talent, and will see brands and designers start to distinguish themselves through the creative process and design more responsibly for the future.

Written by Francesca Sheldon, resident Fashion and Trends expert from the University for the Creative Arts (UCA)

Homepage photo courtesy of Extinction Rebellion. Photo of Francesca Sheldon in the classroom, courtesy of UCA