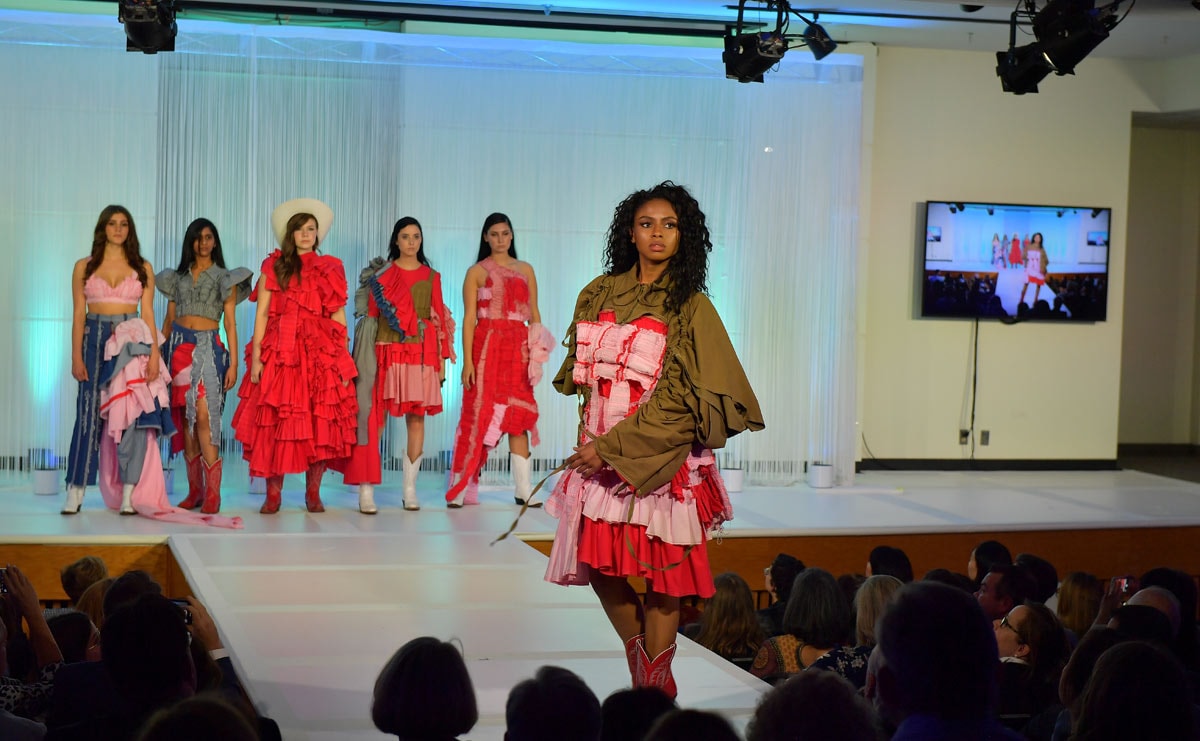 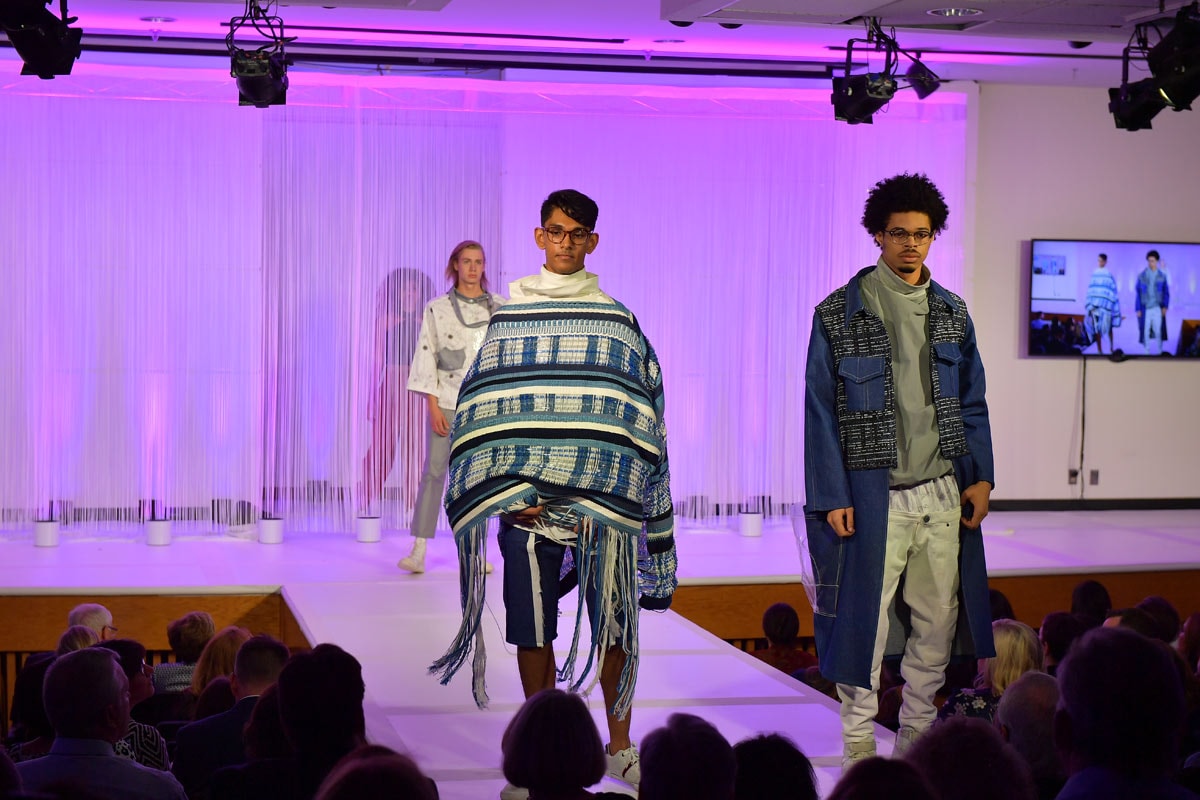 It is worth mentioning that, unlike the graduate shows from the high profile NYC schools, there are no outside PR teams running the Kent State show. Staging the event is an in-house collaborative affair with the entire production team, together with models, dressers, ushers made up of current students from either the fashion design or merchandising programs, 263 of them, to be exact. The show presented work from 77 designers in total with featured collections from both the BFA thesis and BA programs as well as selected single outfits from juniors. An example of KSU’s efforts to build global partnerships was evidenced by the inclusion of 6 outfits created by students of China Central Academy of Fine Arts who were also present in the audience. 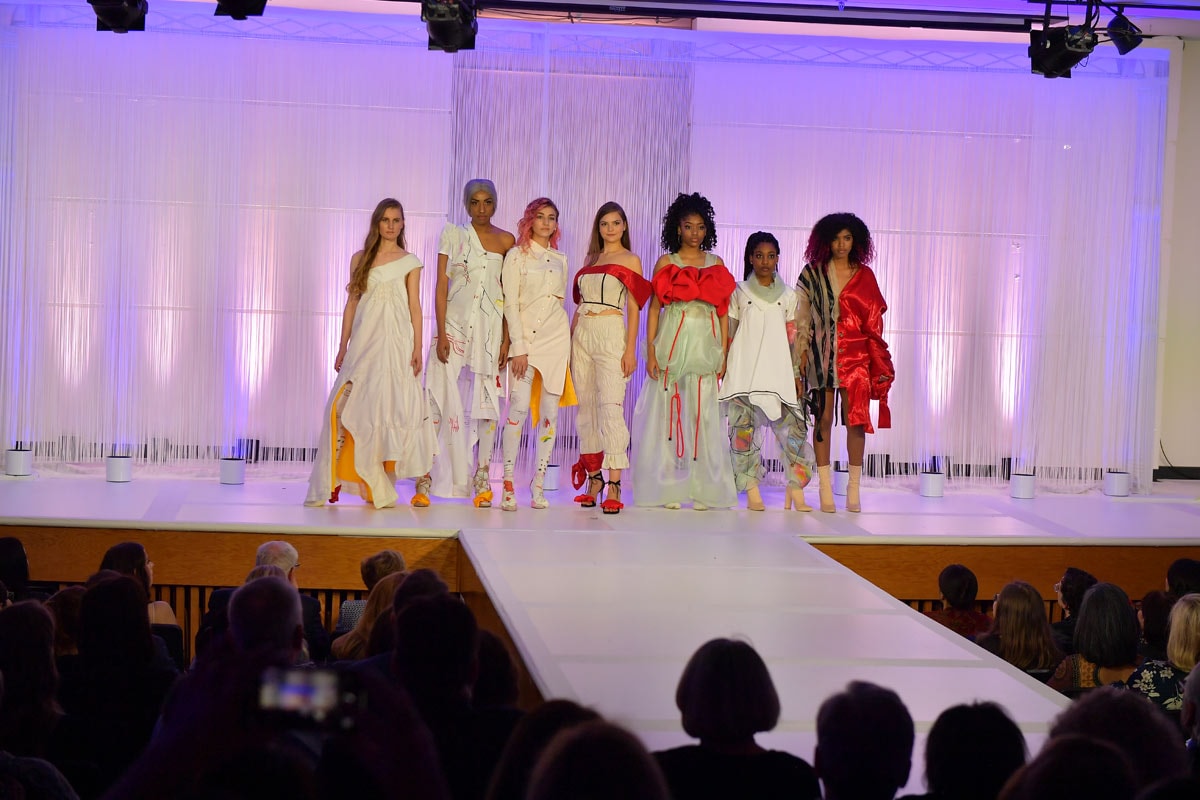 Standouts included Kenya Battle’s poncho of knitted rubber tubing worn with streetwear staples and Tatum Reusser’s harmonious jumble of frills, gingham, and suede which recalled a Kansas battle in the American Indian Wars, during which mysterious women in scarlet rode onto the battlefield to aid the wounded.

In striving to capture the chaos of thinking outside the box as a hyperactive person with learning disabilities, Abigail Donahue’s confident juxtaposition of satins, organzas, and workaday cottons, embellished with colorful threadwork, drawstrings and embroidery, gained her the Couture/Conceptual award. 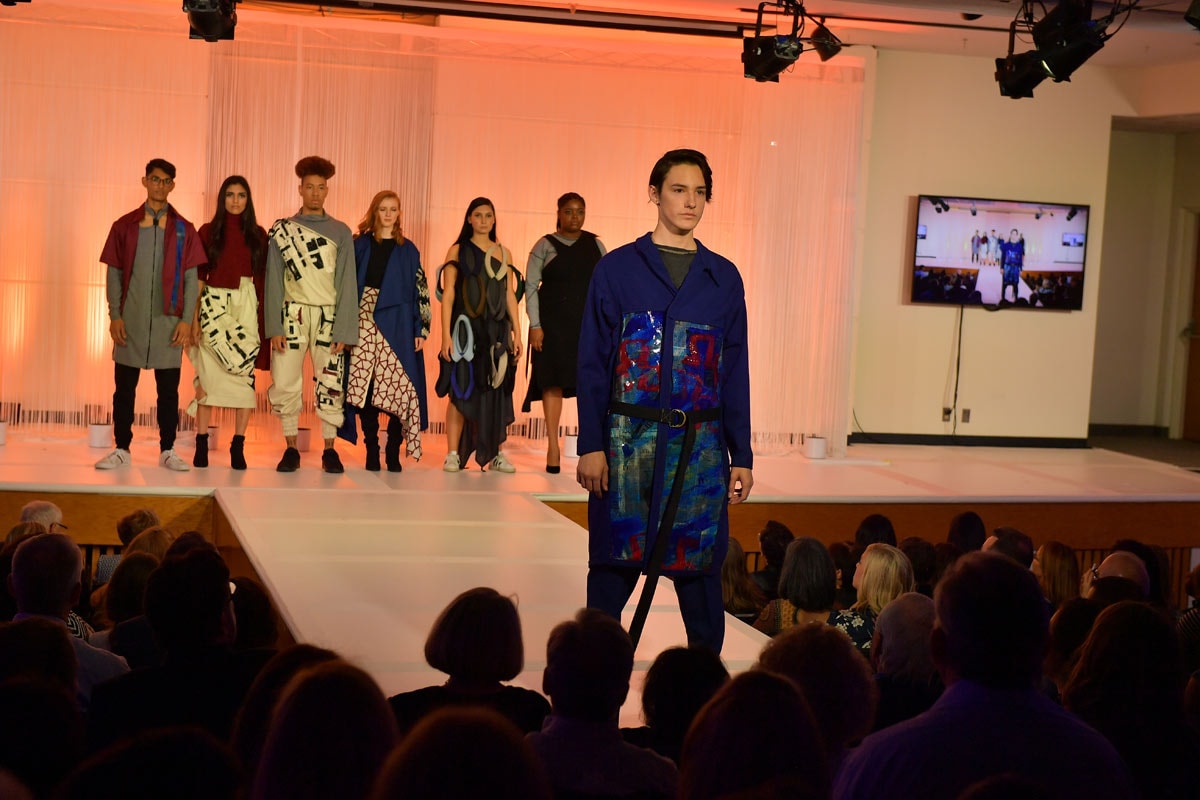 Cooper Robar’s “Venus as a boy” dismantled the codes of toxic masculinity through luxuriously draped, gently oversized items that relied on precision cutting over gimmicks. Robar won the Sportswear award and also took home the Critics Choice Award having been selected by a team of industry critics from LOFT, DKNY, and Cucculelli Shaheen. Zero waste design was represented by Haley Topp who crafted unconventional materials such as lacquered newspaper and hat brims into a contemporary unisex range, while Elisha Hamric upcycled fire service gear into cosmopolitan separates. 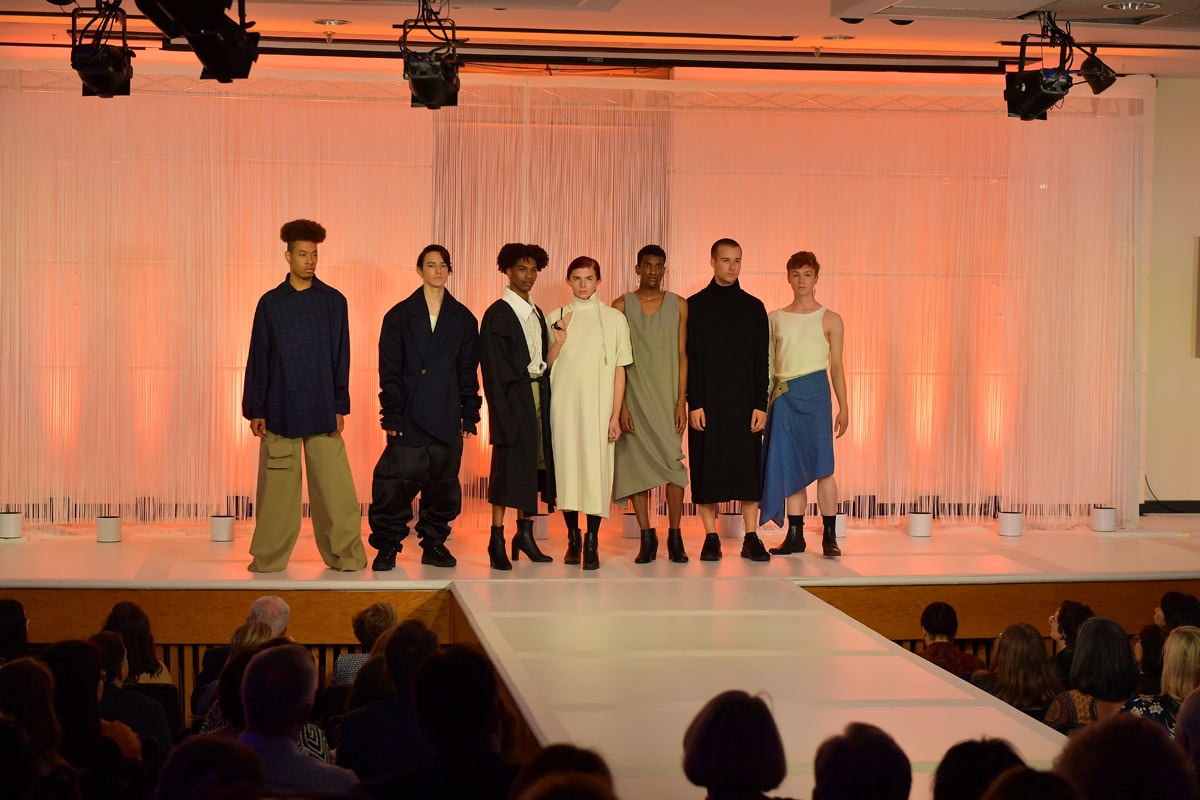 The indisputable crowdpleaser was Kaycee Marshall’s steampunk-inspired eveningwear collection for the glam-hungry who use wheelchairs. Independence in dressing, thoughtful application of trains, hardware and ruffles, as well as fit tailored specifically to seated wearers, were among the practical concerns she addressed and which won her the Niche Market Innovation Award sponsored by Weissman Designs for Dance. 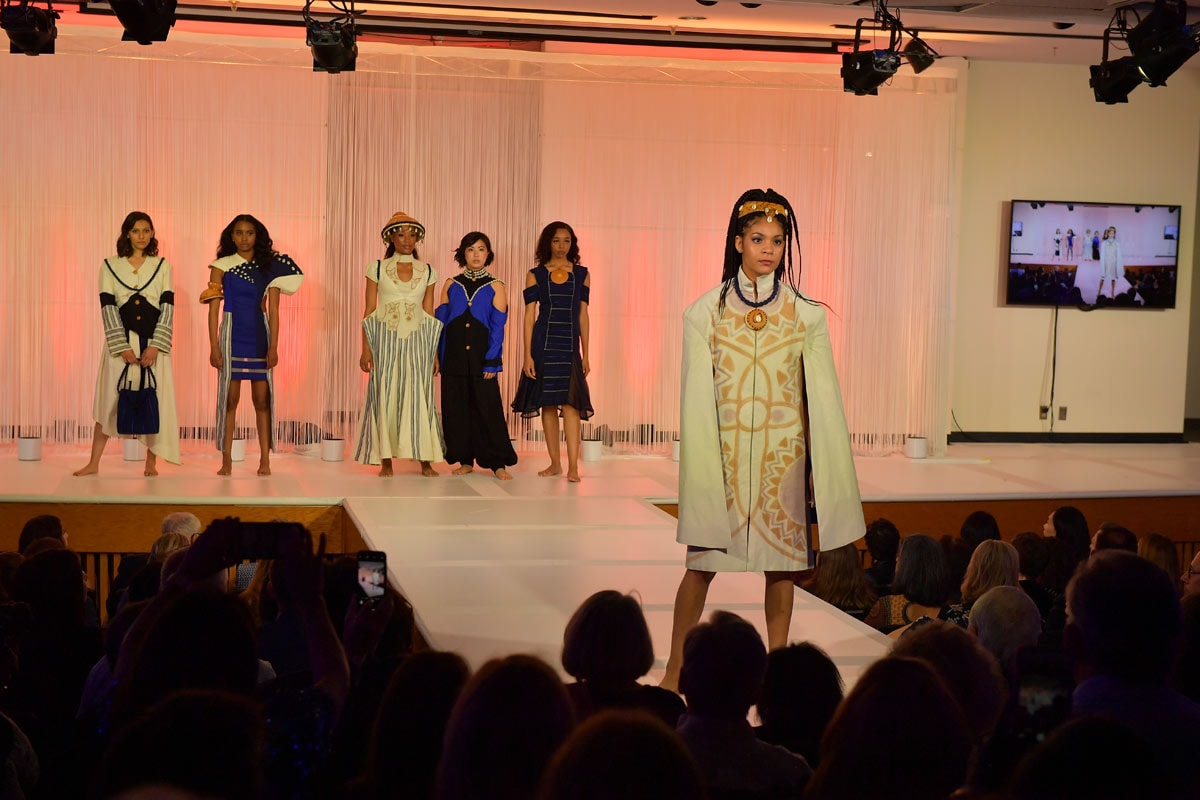 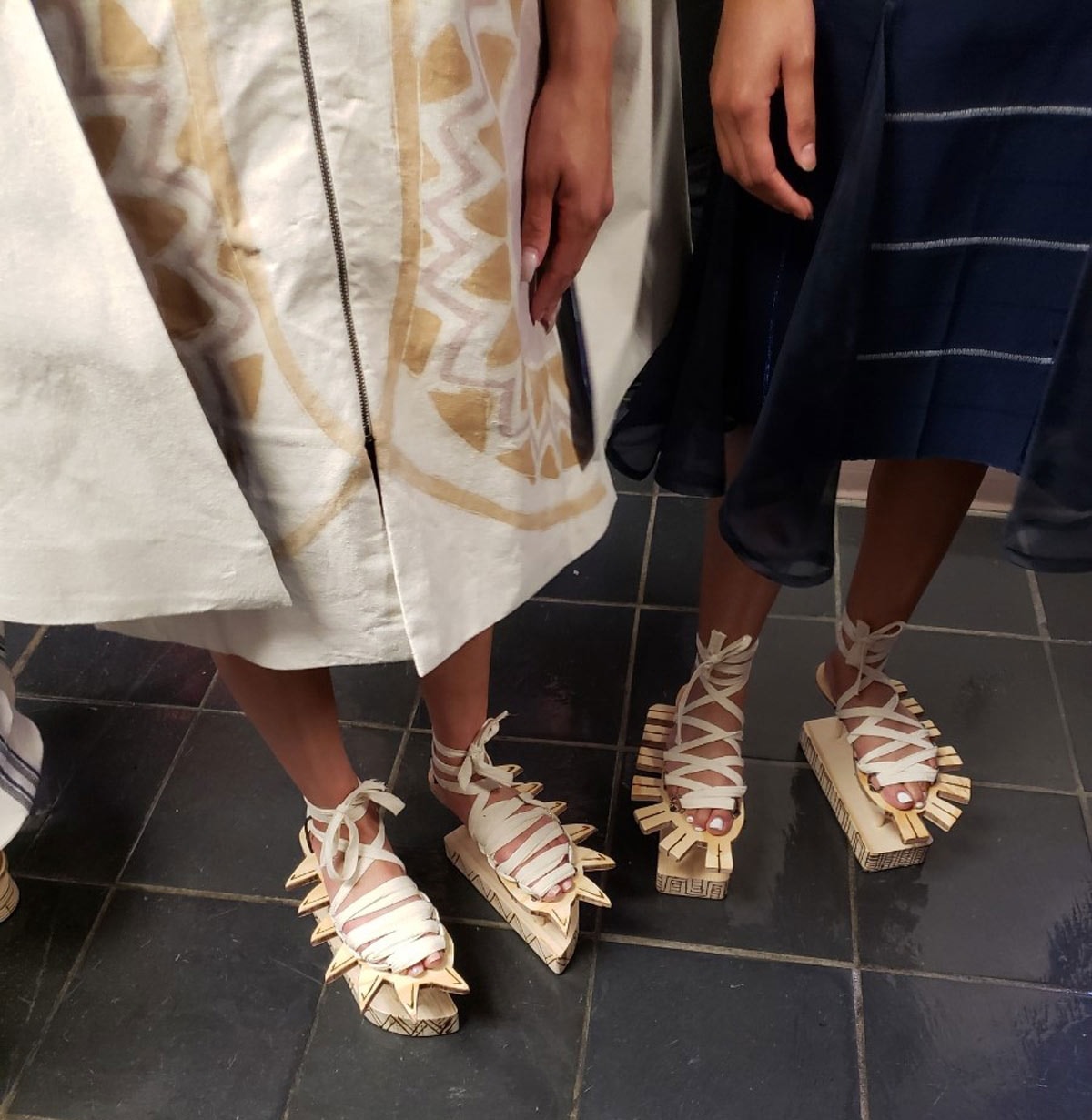