For the sixth edition of the International Fashion Showcase, an event hosted by the British Fashion Council and the British Council to give emerging international designers the chance to show during London Fashion Week, the theme was ‘Local/Global’.

Fashion the organisers say finds its origins in many places - “the agricultural, the provincial, the industrial and the urban, these places deeply influence materials, techniques and the creative process”. 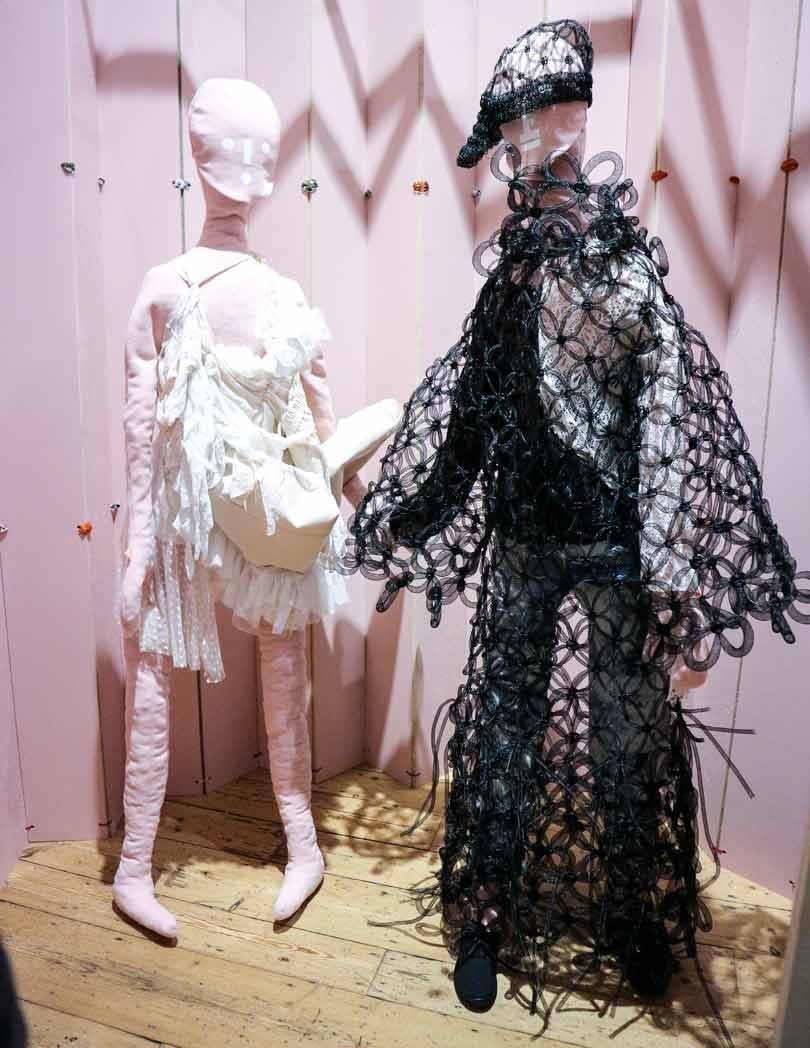 Each of the 80 designers from 26 countries taking part in this year’s event were tasked with exploring the influence of place on fashion design, while celebrating “fashion and its universal relevance”.

Located in Somerset House, the former home of London Fashion Week, the exhibition covered five continents, featuring countries including Poland, Chile, India and Korea. The curated displays featured work from emerging womenswear, menswear and accessory designers, all of which used their creations to transform their local culture into a global language. 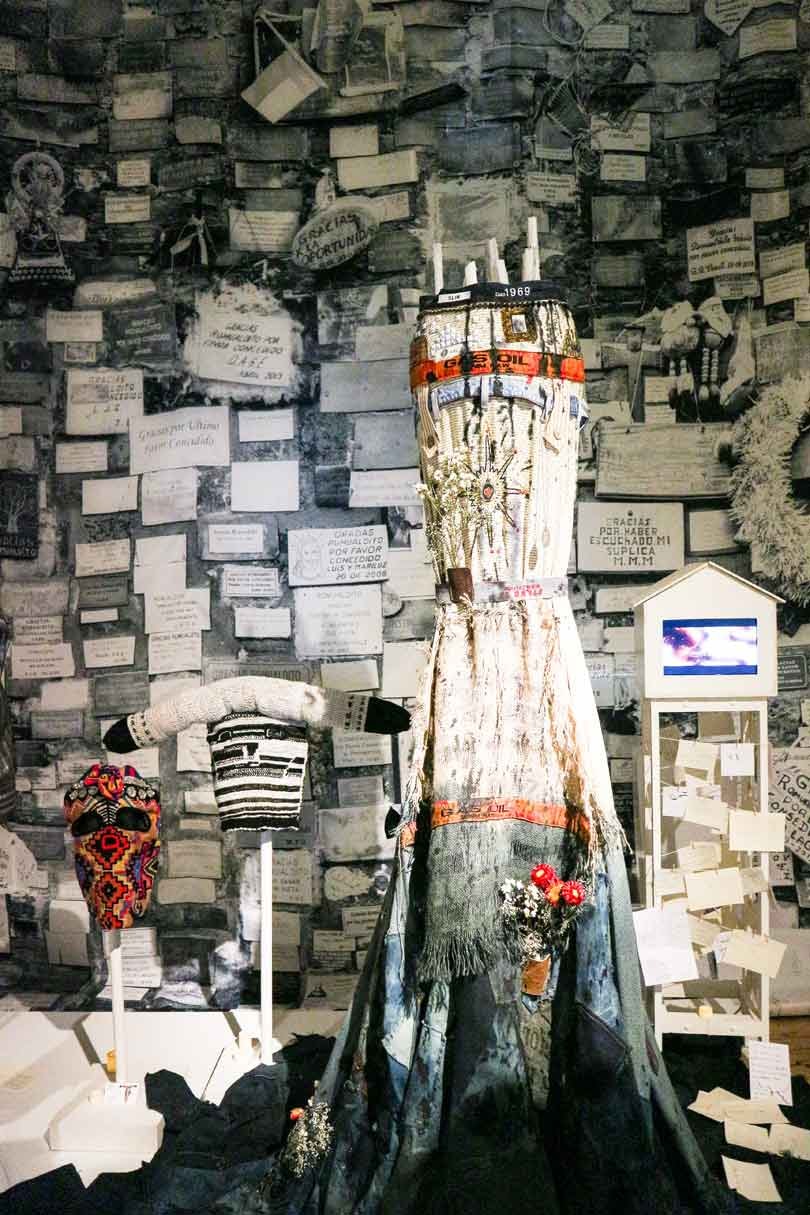 “The peculiarities of place give rise to different ways of designing, making and wearing fashion,” said the organisers, and that was definitely the case walking between each room, with each country and designer offering a different point of what ‘Local/Global’ meant to them, some drew upon landscapes, others cityscapes, while others turned to their local cultures.

The level of talent was extremely high, with some countries showcasing highly thought-over curated concepts, with Poland standing out with its ‘Waste Not’ which responds to the fact that 100 million dollars of second-hand clothing is imported to Poland from overseas each year with the UK as one of the main exporters.

The Polish designers, both students and graduates of Poznan’s School of Form lead by head of fashion design faculty Wojciech Dziedzic and artistic director Agnieszka Jacobson–Cielecka, looked at ways of challenging the unethical, mass-produced, fast fashion by reinventing second-hand clothing, while also looking at Poland’s traditional crafts such as sewing and construction to crochet and macrame.

“By manipulating the ready-made, slowing the pace of design and manufacturing, we aim to lessen its destructive force,” said Dziedzic. 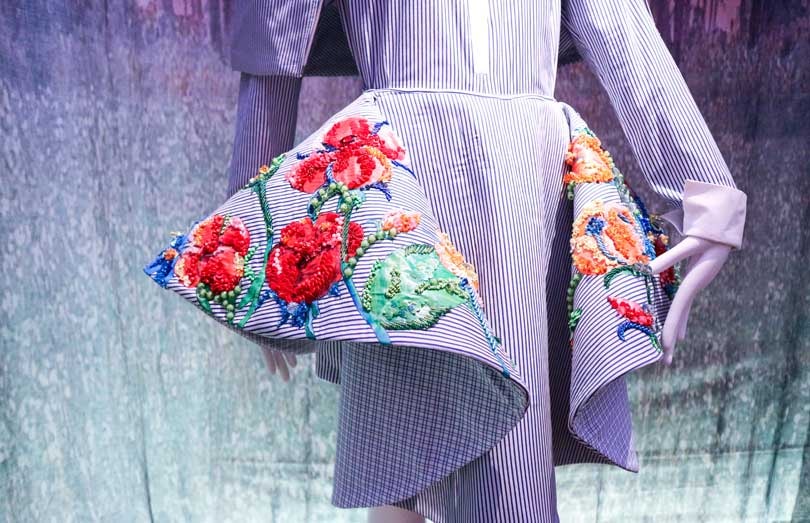 Highlighted pieces from the Poland’s room included Anna Kujawska’s design that applies traditional crafts such as macrame, bobbin lace and smocking fabric to create an abstract weaved garment using recycled laces and nylon. “To preserve the knowledge of our ancestors, it is important to make old techniques contemporary by finding a new way to use them,” explains Kujawska. While Agata Birek utilised recycled woollen blankets to transform the original form of the cloak to make it attractive for modern women, while preserving the old pattern of the blanket.

There were a number of other highlights including Chile’s installation fusing the countries spirituality, sustainability, heritage, art and fashion by housing its designer’s work like an ‘Animita’, a roadside shrine. Featuring designers Lupe Fajardo, Matias Hernan, Sebastian Plaza and Sisa, all of which celebrated the country’s artisanal textile heritage, while focusing on reviving the industry with small scale production and eco-sustainability. 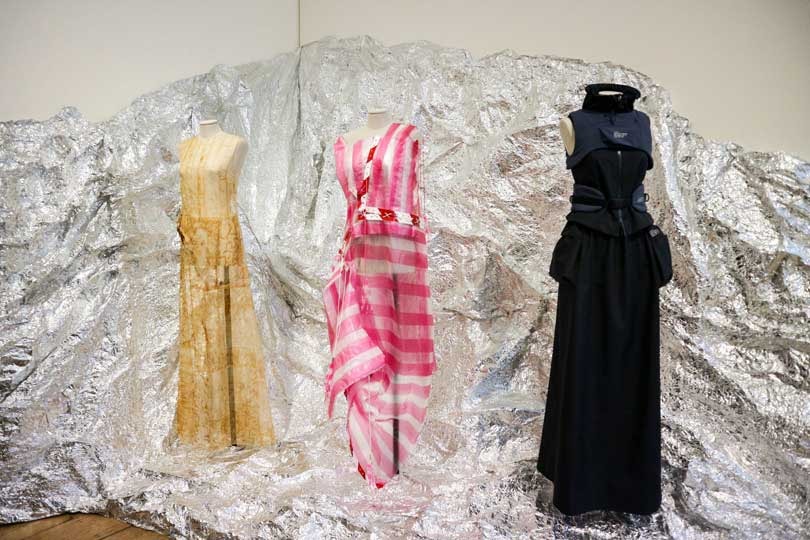 The Chile installation was highlight commended by the judging panel in the Country Award, which was awarded to India for its exhibition ‘The Indian Pastoralists’, featuring emerging talents Ikai by Ragini Ahuja, Kaleekal, Ka-Sha by Karishma Shahani Khan, P.E.L.L.A. and Antar-Agni by Ujjawal Dubey, showcasing artisanal skills of the countries nomadic groups.

Other notable displays came from Egypt, which celebrated its global trademark ‘100 percent cotton’. Its designers reflected upon cotton’s lifecycle from seed to harvest, thread to garment, farming women to global consumers to produce intricate fashion and jewellery designs.

There was also a specially curated room ‘Next in Line’ by Shonagh Marshall which highlighted designers from Panama, Indonesia, Netherlands, Kazakhstan, Peru, South Africa, Switzerland, Uruguay, and Zimbabwe. Alongside each design was a journey map of the creation, featuring information including where it was made, how many people helped make it, the inspiration, where the fabric was purchased, and how many miles the design took to get to London. 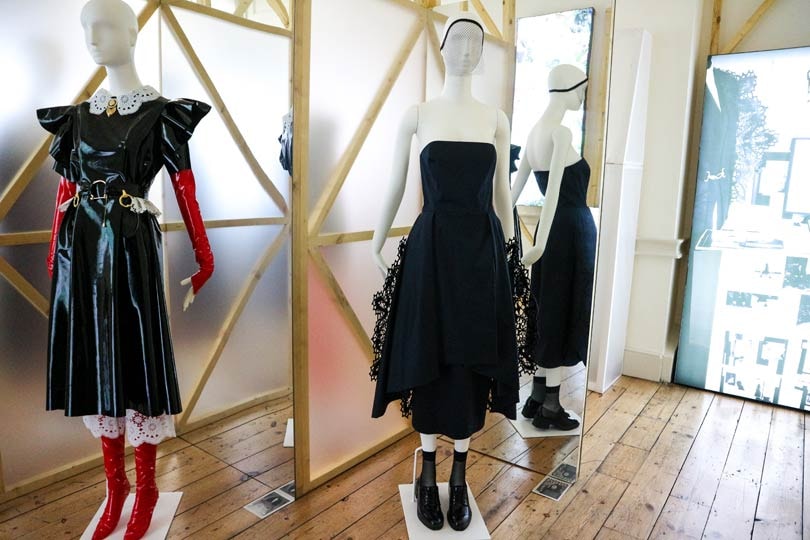 “The theme of Local/Global has resonated in profound reflections on the environment, identity and the strands which bind people together through generations. Quite apart from the imagination and quality of design and the curation, the conversations exchanged between the exhibitors and visitors have been extraordinarily enlightening - human experiences which have actively promoted understanding, mutual respect and delight in creativity. It is impossible not to walk away from this exhibition without feeling that the hope, resourcefulness and intelligence of the world's young people is capable of pulling the world through the dark and divisive times which face us now.”

Since 2012, the International Fashion Showcase has featured more than 550 designers from 70 countries. In addition to showcasing their work during London Fashion Week, each country and designer also take part in a series of business support seminars, organised by London College of Fashion.