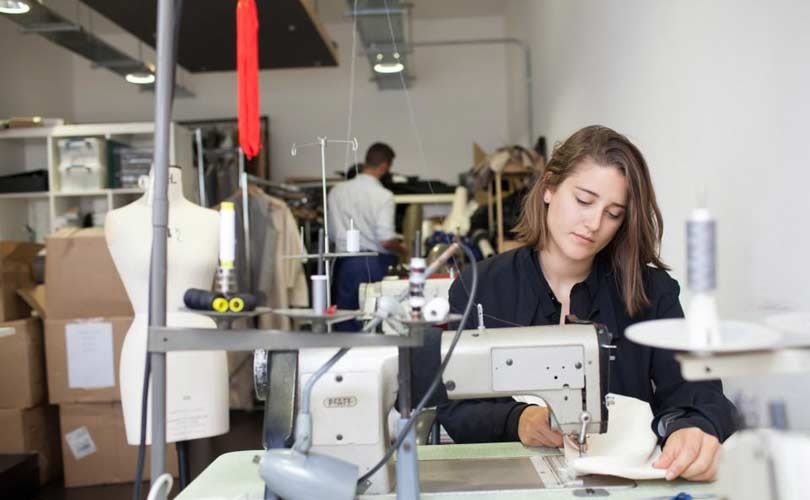 The six-acre campus of studios, facilities and social spaces at The Trampery Fish Island Village in Hackney Wick, East London, which will open in December 2018, has announced that applications are now open for fashion designers, coders and entrepreneurs.

The complex spread over 11 buildings alongside the canal in Hackney Wick is part of the Fashion District initiative delivered with the British Fashion Council, London College of Fashion, Mayor of London and London Legacy Development Corporation, and will feature 32 fashion studios ranging from 300 to 3,000 square foot.

The hi-spec studios will have extremely low rents starting at 25 pounds per square foot, with studios available from 625 pounds per month, and they will have interiors designed by Bureau de Change and high ceilings with plenty of light.

Facilities will also include free on-site business support and consultancy, funded by London Legacy Development Corporation, a programme of fashion industry speakers, advice to improve sustainability and promote good working standards, on-site sample sales and promotional events, and in 2019 a members’ lounge will be opening alongside meeting rooms, and in 2020 there will be a fully equipped sampling and fabrication suite. 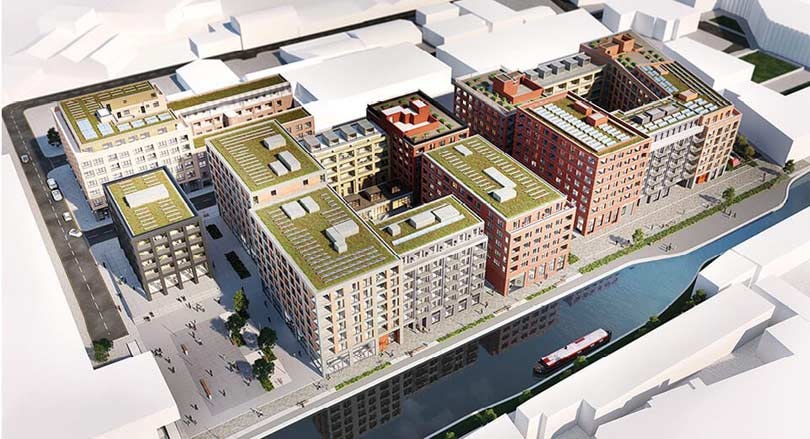 Applications are open for the first 23 studios until December 30, with applications being considered by a judging panel including: Vanessa Podmore, founder of Podmore Consulting and former vice president of supply chain sustainability at Burberry; Yvie Hutton, head of membership and designer relations at the British Fashion Council; Matthew Drinkwater, head of fashion Innovation Agency, London College of Fashion; and Charles Armstrong, founder and chief executive of The Trampery.

The first seven studios will open in December with the remaining opening through to May 2019.

Alongside the dedicated fashion facilities at The Trampery Fish Island Village, the project will also provide 31 studios dedicated to creative professionals already established in the Hackney Wick and Fish Island community. These studios will be offered at the same super-low rents and will come with access to all the same facilities and support. Applications for these studios will open separately in spring 2019.

The Trampery’s previous fashion shared studio in London Fields was forced to close in 2015 when rents increased by 400 percent.

Charles Armstrong, founder and chief executive of The Trampery, said in a press release: “Five years ago, The Trampery opened London’s first dedicated workspace for fashion at London Fields; where we were joined by some of the UK’s most talented designers such as James Long, Holly Fulton and Jonathan Saunders. 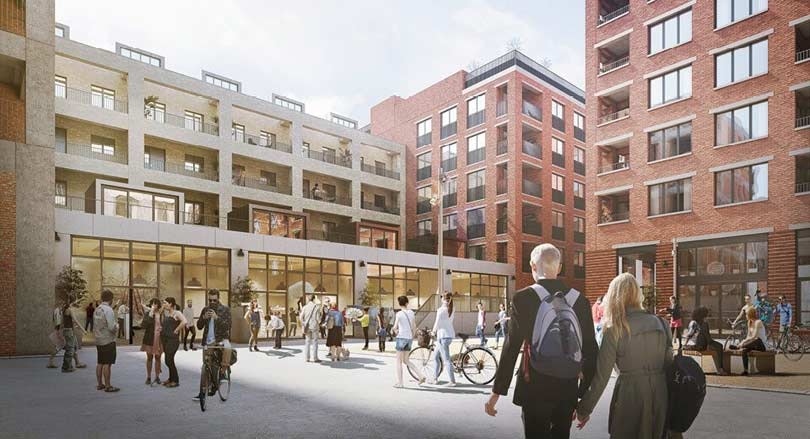 “With The Trampery Fish Island Village we’re taking the vision to the next level, creating an amazing new campus for fashion innovators. Through Fashion District we’re also part of a much greater endeavour to turbo-charge London’s fashion economy. I hope fashion labels and start-ups of all kinds will submit applications and join us on this great adventure.”

The project is part of the wider Fashion District, an initiative that aims to establish the Lea Valley and specifically Poplar, Bow and Hackney Wick as a new focal point for the UK fashion industry. With The Trampery Fish Island Village being located just 10 minutes walk away from the new headquarters of London College of Fashion, V&A and British Council.