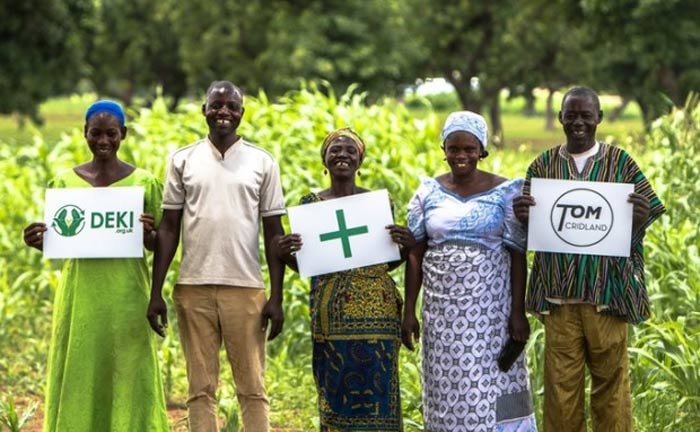 London - ​UK designer Tom Cridland is aiming to give back to young entrepreneurs around the world with the launch of his latest campaign: The Entrepreneur's Shirt. Best known for his 30 Year Sweatshirt, T-shirt and Jacket, Cridland's latest product, launching this afternoon via a campaign on Indiegogo, also offers a 30 year guaranatee in addition to supporting entrepreneurship in the developing world. 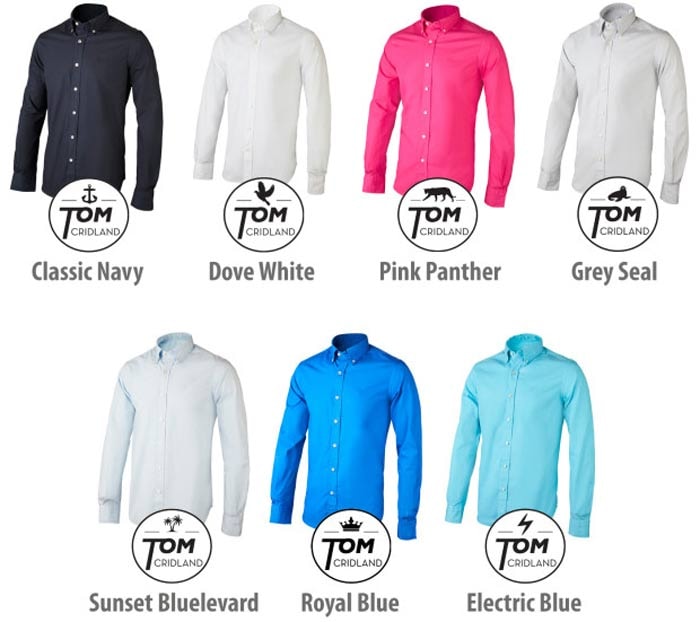 Named the Entrepreneur Shirt, the new shirt launch is accompanied by a campaign created by Cridland and charities Young Enterprise and DEKI, which will benefit young entrepreneurs in the UK as well as those in developing countries. The sustainable oxford shirt, which is produced in the same factories in Portugal Cridland works with, is crafted from Italian cotton and available in 7 colours. ​

​ "The reason I am launching this campaign is to encourage the government to place more focus on business training within our educational system," explained Cridland to FashionUnited via the phone. "I will be campaigning in the UK, the US and all over the world to lobby for bigger focus on promoting entrepreneurship among youth." The campaign lies close to Cridland as he first started his sustainable fashion business in 2014, with a 6,000 start-up loan from the government. "I had no official business training, I was strapped for cash, but very passionate about promoting sustainable fashion." 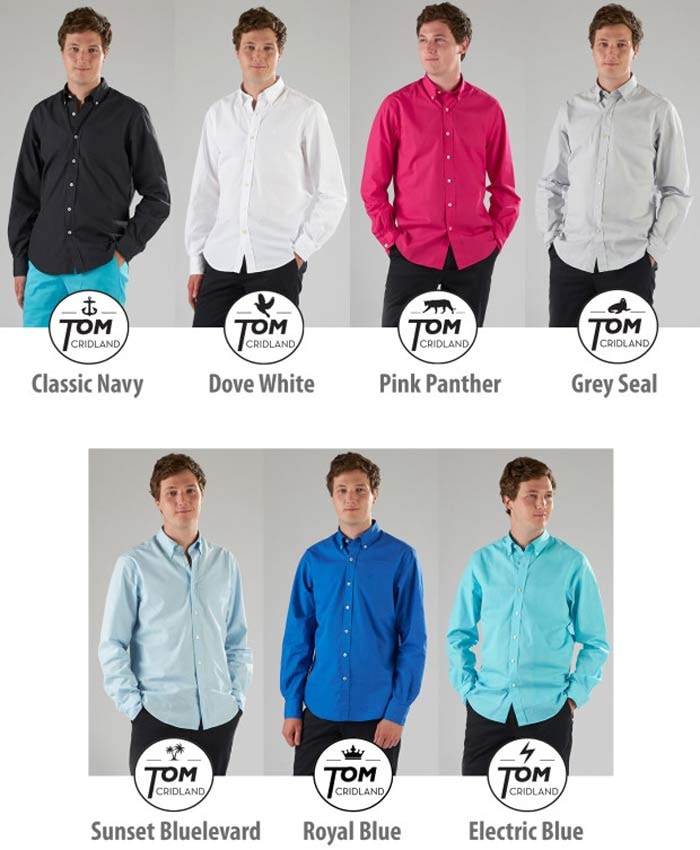 That is why 10 percent of the Entrepreneur Shirt price, set to retail for 75 pounds, will be split between the two charities. 5 percent will be donated to the Young Enterprise, to equip young people in the UK with the skills needed to succeed in their entrepreneurial endeavour. The other 5 percent will go to DEKI, which helps young entrepreneurs in developing areas such as Uganda, Malawi and South Sudan, create sustainable livelihoods by providing them access to business training and micro-grants. ​ 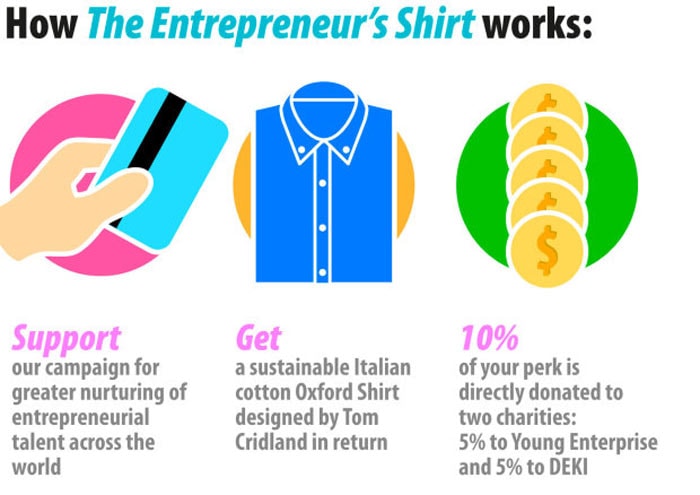 ​ "I wanted to do something very different this time," added Cridland, who is keen to keep the oxford shirt separate from the rest of the 30 year collection - even though the shirt is guaranteed to last the same amount time. "I am very proud of the shirt, I really think it is the product I am most proud of as it such a timeless design linked to such a great cause." The Entrepreneur Shirt campaign is currently live on Indiegogo, but will ultimately become a permanent addition of the Tom Cridland offering. ​