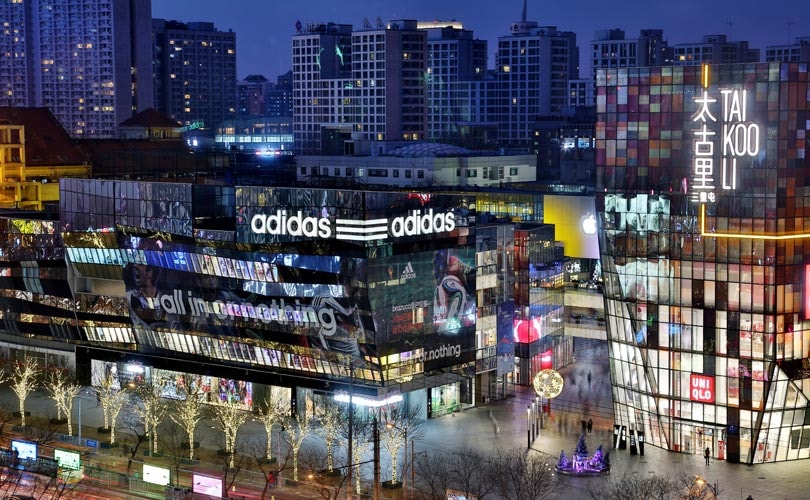 In 2018, Adidas reported currency-neutral revenue growth of 8 percent driven by a 9 percent improvement at brand Adidas, reflecting a double-digit sales increase in sport inspired as well as a high-single-digit gain in sport performance. In euro terms, the company’s revenues grew 3 percent to 21.915 billion euros (24.747 billion dollars). However, the company said, currency-neutral Reebok brand sales were down 3 percent versus the prior year, as double-digit sales growth in classics was offset by a decline in sport. Revenues from e-commerce grew 36 percent to over 2 billion euros (2.2 billion dollars) in 2018.

“We have made great strides toward and are confirming our 2020 financial ambition. Our strategic growth drivers – Adidas North America, China and e-commerce – once again delivered double-digit growth. In 2019, we will continue to drive the execution of ‘Creating the New’ to deliver another year of quality top-line growth and over proportionate bottom-line improvements,” said Adidas CEO Kasper Rorsted in a statement.

The combined sales of the Adidas and Reebok brands rose 15 percent in both North America and Asia-Pacific, the latter driven by a 23 percent increase in Greater China. Currency-neutral revenues in Latin America were up 6 percent and sales in Russia/CIS increased 1 percent as the positive impact from World Cup-related sales offset the significant amount of store closures. While sales in Europe remained flat compared to the prior year level, revenues in Emerging Markets declined 3 percent.

The company’s gross margin increased 1.4 percentage points to 51.8 percent. The company’s operating profit grew 14 percent in 2018 to 2.368 billion euros (2.674 billion dollars), representing an operating margin increase of 1.1 percentage points to 10.8 percent. The company said, operating margin increase was also supported by strong profitability improvements at the Reebok brand, which returned to profitability in 2018. This reflects a profit uplift of more than 150 million euros for the brand since the launch of its turnaround plan ‘Muscle-Up’ at the end of 2016.

The company added that the executive and supervisory boards of Adidas Ag will recommend paying a dividend of 3.35 euros (3.78 dollars) per dividend-entitled share to shareholders at the AGM on May 9, 2019. This represents an increase of 29 percent compared to the prior year dividend and a payout ratio of 39 percent of net income from continuing operations.

Currency-neutral sales increase 5 percent in the fourth quarter of 2018, on top of 19 percent growth in the prior year period, reflecting an increase of 5 percent at brand Adidas. The company said, double-digit growth in Sport Inspired and in the training category as well as high-single digit growth in running were partly offset by a strong decline in football revenues reflecting the non-recurrence of sales related to the 2018 FIFA World Cup in the prior year’s quarter. Revenues at the Reebok brand declined 1 percent, as the double-digit increase in Classics was more than offset by a decline in Sport. In euro terms, sales for the company were up 4 percent to 5.234 billion euros (5.909 billion dollars in 2018.

On a currency-neutral basis, the combined sales of the Adidas and Reebok brands were up 11 percent in Asia-Pacific, driven by a 13 percent increase in Greater China. Sales in North America grew 9 percent, on top of a 31 percent increase in the prior year period, driven by continued double-digit growth for the Adidas brand. Currency-neutral revenues in Latin America were down 1 percent and down 2 percent in Russia/CIS, while sales in Emerging Markets declined 5 percent and in Europe, the decline was 6 percent.

The company projects sales to increase at a rate of between 5 percent and 8 percent on a currency-neutral basis in 2019. Growth is expected to be negatively impacted, particularly in North America during the first half of the year. The overall impact on the company’s full year growth rate in 2019 is anticipated to be between 1 and 2 percentage points. Adidas anticipates growth of between 3 percent and 4 percent in the first half of 2019, followed by a sequential acceleration during the second half of the year as the company will be able to scale the respective supply over time.