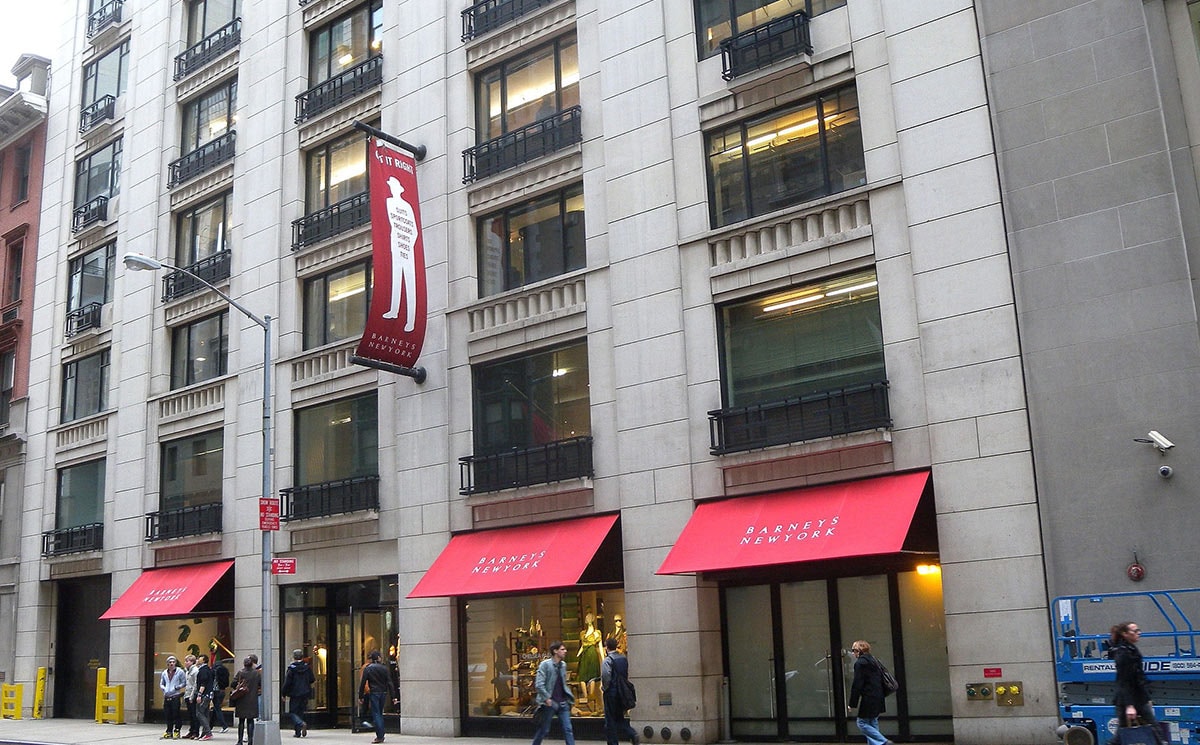 Barneys New York, the tragic ending of an iconic retailer

New York has lost an iconic retailer. As Barneys caved to bankruptcy, its name will be sold to the likes of Saks, its inventory discounted for swift liquidation, and its stores, including the Madison Avenue flagship as we know it, closed for good.

Authentic Brands Group took control of Barneys assets on Friday, acquiring the intellectual property of its name and the bulk of its luxury inventory, soon to be sold for bargain basement prices. The future of its 2,000 plus staff is no longer secure, as Authentic Brands aims to turn Barneys into a possible chain of shop-in-shops, including a corner on the fifth floor of former rival Saks Fifth Avenue.

A tragic ending of a retail stalwart

Barneys was founded in 1923 and has been Manhattan’s mecca of fashion for three generations of the same family. It previously filed for bankruptcy in 1996, after which it had several new owners, but in the hearts of New Yorkers and fashion industry at large it was the unadulterated embodiment of American style. It was the definitive destination for minimalist cool, discovery of unknown brands and laidback luxe that couldn’t be had at Bergdorf Goodman, too classy and old-monied, nor at Saks, too big and lacking in esteem.

It was the windows at Barneys that evoked one to enter its revolving doors. The store’s creative director, Simon Doonan, designed displays of incredible whimsy bringing art and theatre to Madison Ave at street level. It was the place where Sex and the City’s Carrie Bradshaw shopped, as did Andy Warhol and every Manhattan urbanite with a taste for the avant-garde.

Lunch at Freds, the Barneys top-floor restaurant, was to sit amongst the haut monde of New York, de facto fraternity as described by its former chef, Mark Strausman. It wasn’t a department store restaurant, rather a restaurant in a department store, it was American-Italian refinement where you could sit all day over a chicken salad and observe the taut faces, bouffants and celebrity clientele in an always at capacity dining room.

Everything comes at a price

Barneys perhaps caved because it could no longer afford the 30 million dollar monthly rent. That’s a lot of handbags to be sold, even if the average price tops one thousand dollars. Unlike other department stores, Barneys did not own its own real estate. The company was already in debt – to the tune of 100 million dollars – and had yet to pay for inventory from brands including the Row, Celine, Yves Saint Laurent, and Balenciaga.

End of an era

Barneys’ signature sense of wit and style was once manifested in its creative advertising campaigns, holiday themes, award-winning window displays and discerning fashion edit from the world’s top designers. “If you are a good person and you work hard, you get to go shopping at Barneys. It’s the decadent reward,” Sarah Jessica Parker once said to Vanity Fair. Sadly, no more.