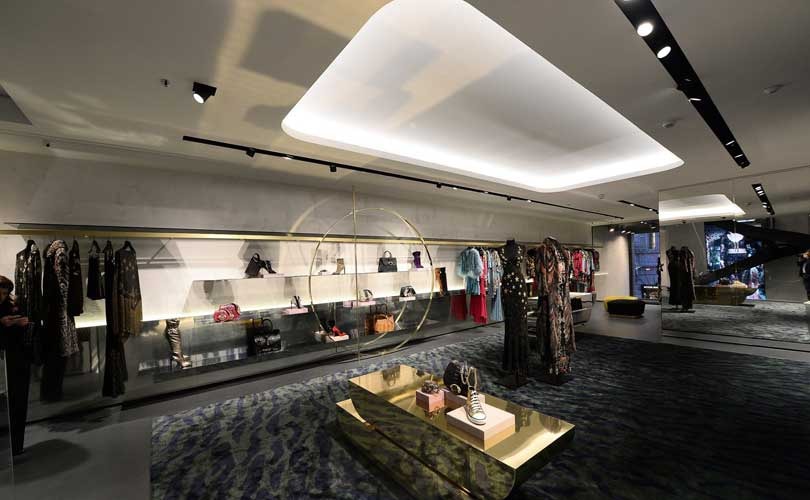 Downsizing, re-structuring and cost cutting are just some of the shake-ups happening at Roberto Cavalli SpA, following the announcement it was parting ways with creative director Peter Dundas.

In what is one of the most drastic organizational trimmings of a contemporary fashion house, Roberto Cavalli will cut 200 jobs, the equivalent of 30 percent of its workforce.

Further cost cutting measures will see the company transfer all functions to Florence, closing its corporate and design studio in Milan. Underperforming retail stores will also be closed and production and logistics will be streamlined.

In a press release the company candidly stated: “The fashion industry is facing uniquely challenging times, with changing consumer demands, significant contraction in various key markets and fundamental transformation in the industry’s dynamics,” said chief executive officer Gian Giacomo Ferraris. "In this environment, only iconic brands with a coherent business model and an efficient organization can survive. After my initial examination of the company, I believe the Cavalli brand has what it takes to succeed. But the reality is that the company’s costs must be in line with its revenues and that is the task we now have to embark upon.”

The changes at Cavalli will affect its entire workforce and organisational structure, noted one analyst: it is one thing to change a creative team or restructure a logistics hub, quite another to overhaul the entire business.

Ferraris further explained that "a company of this size cannot have two separate entities in Milan and Florence,” and that he was looking to optimize synergies. The vertical cuts will touch managers as well as employees in design and product development. "We must have focused collections and close stores in provincial cities or that are underperforming,” said Ferraris, citing units in Venice, Vienna and Madrid as examples.

Ferraris stated there was no need for Cavalli to have two head offices and a studio in Milan. "The world is changing, it’s an outdated and provincial concept. We must reunite and restructure the company, make it more compact. I myself need to stay in contact with the workers and avoid feuds, miscommunication and inefficiencies. The situation could not go on this way. The company was unbalanced, there were more operating costs than sales.”

While the company undergoes an extensive transformational plan, the interim studio will be responsible for designing the collections. A new creative director may not be announced until September 2017.

After Italian PE firm Clessidra SGR gained a controlling stake in the Roberto Cavalli group last year, the company said that its net profit stood at 32.7 million euros (37.2 million dollars) at the end of December 31, 2015.