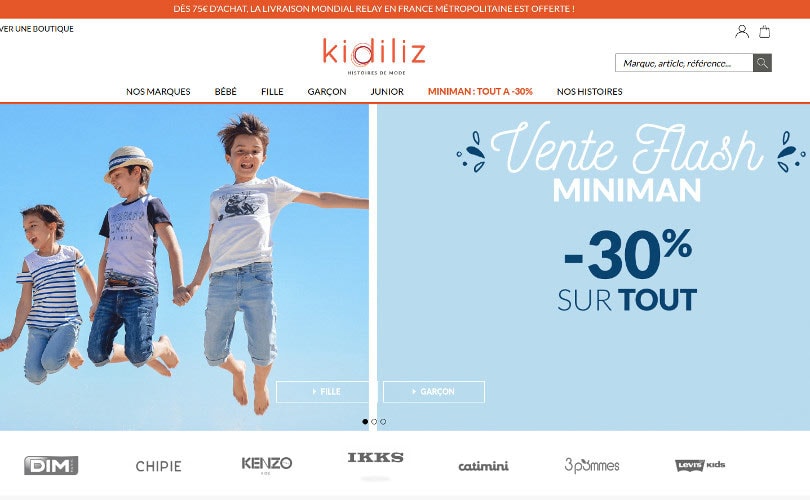 French kid's fashion group Kidiliz and China’s Semir Group, having a combined turnover of two billion euros (2.4 billion dollars) are in the final stages of merger talks, said a joint-statement released by Semir and Kidiliz. Transaction between the two will culminate into Semir group taking over Kidiliz, leading to the formation of the world’s second largest kidswear companies.

The joint statement further said that "The rapprochement" of the two groups "will create the world number two dedicated to children's fashion." And that the operation "will allow Kidiliz Group to continue its development in Europe and accelerate its presence in the Chinese market. The Semir group, meanwhile, will strengthen its expertise in the premium childrenswear textile market," it added.

Founded in 1962, the Zannier group, which was renamed Kidiliz in 2016 - has a portfolio of 15 brands including Catimini, Z, Absorba, Chipie and Lili Gaufrette and is the considered to be the European leader in "premium" fashion for kids. The company operates over 11,000 outlets, including 830 wholesaler partners and supplies 40 million pieces every year in 80 countries. Kidiliz reported a turnover of 427 million euros (511.4 million dollars) last year and international markets contributed more than half of the total sales.

On the other hand, Zheijiang Semir Garment or Semir Group was founded in 1996 and is the leader of children's fashion in China. The company having a turnover of 1.6 billion euros (1.9 billion dollars), operates a network of 8,000 single-brand stores.