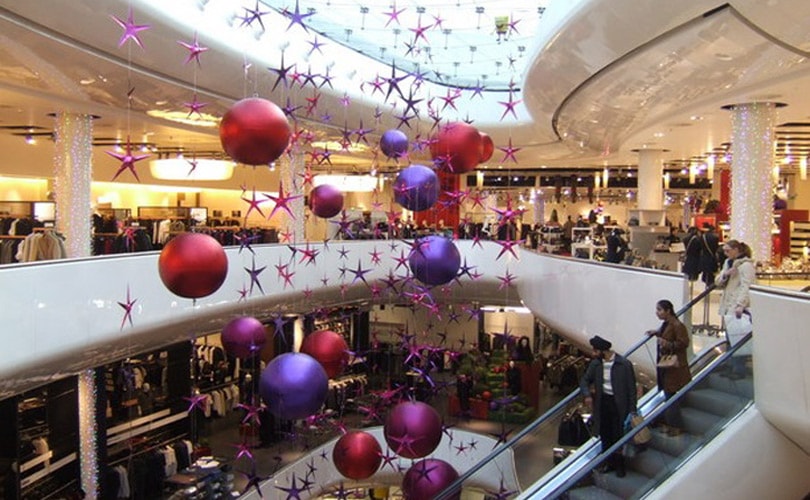 British retailers saw a healthy start of the Boxing Day sales, counting on Chinese tourists to boost the shopping spree. Experts predicted that 22 million people would have hit the stores, spending as much as 3.74 billion dollars in the day after Christmas.

According to analysts, foreign shoppers and the mild weather were partly to thank for the retail boom - which is expected to reach 3.5 billion pounds, reports the 'Telegraph'.

Amongst first winner to emerge, Selfridges took the lead, billing more than 2 million pounds in sales between 9 am and 10 am across its stores in over Boxing Day alone.

"We are in the West End, which is a huge international draw, so we see a lot of international shoppers here – 50 percent of our shoppers are tourists, particularly from China, the Middle East and the US, and they probably spend about four or five times the amount of a UK shopper", Tyrrell said in an interview with Associated Press.

"We are seeing more Chinese here than ever before, which is good news for our retailers, and they are spending a healthy amount of money, which is good for our stores," said the first executive at New West End Company.

In the same vein, the association recalls seeing shoppers carrying suitcases to stuff with bargains. As per Tyrrell's forecast for sales to hit in the three days beginning Boxing Day, "100 million pounds is the target and we are in line to do that as forecast.”

The first stops for bargain-hunters were luxury brands such as Valentino, Erdem and Victoria Beckham, as well as those department stores including Selfridges, which stock up those brands.

E-commerce is proving to be another solid stream of income, with Selfridges reporting significant growth online thanks to Christmas Day online purchases that have doubled compared to last year.

Meanwhile, Harrods expects more than one million customers to come through its doors during the four-week winter sale.

John Lewis launched its sale online, although its shops remained closed, and officials said its sale has got off to a "strong start" after launching on Christmas Eve at 5 pm, notes the 'Telegraph'.