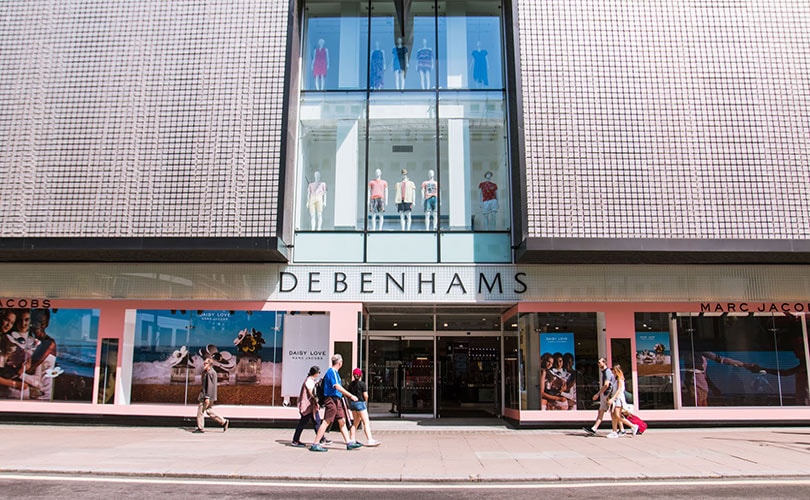 Department store chain Debenhams has issued a new profit warning as its sales continue to fall.

In its latest trading update, the retailer said that its 10 January statement that the company was "on track to deliver current year profits in line with market expectations" was “no longer valid”.

Though sales continued to fall, Debenhams said the sales decline slowed in the last eight weeks of the period to 4.6 percent, adding that its annualised 80 million pound cost saving programme was on track.

Last month, the retailer secured a 40 million pound cash injection following talks with its investors to allow the company to keep the retailer “on a stable footing for a sustainable and profitable future.'' Debenhams said in its latest trading update that discussions with its stakeholders have progressed to now consider options to restructure its balance sheet to address future funding requirements.

Debenhams expected to close around 50 stores

"We are making good progress with our stakeholder discussions to put the business on a firm footing for the future. We still expect that this process will lead to around 50 stores closing in the medium term,” Sergio Bucher, CEO of Debenhams, commented in the report.

"Our priority is to secure the best outcome for the business and all our stakeholders, whilst minimising the number of store closures and job losses. To do this, as we have said before, we will need the support of both landlords and local authorities to address our rents, rates and lease commitments.

“I would like to thank our staff - and all our stakeholders - for their continued support through this period, as we work to deliver a sustainable future for the company."

Debenhams also announced that the first ranges from its sourcing partnership with Li & Fung are expected to be in stores this season.