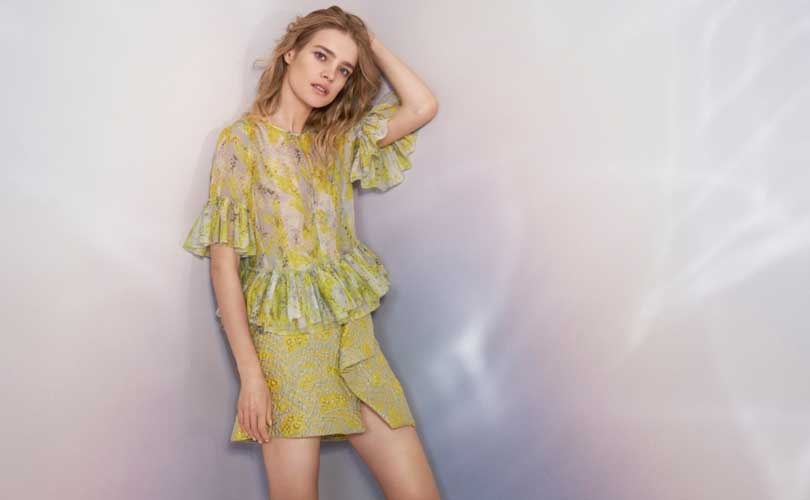 The H&M group’s sales including VAT amounted to 54,369 million Swedish krona (6,125 million dollars) in the first quarter, an increase of 7 percent. Sales excluding VAT amounted to 46,985 million Swedish krona, an increase of 8 percent, while sales in local currencies increased by 4 percent. The company also announced that it would launch a new brand Arket under its portfolio by early autumn 2017.

In the first quarter sales including VAT increased to just over 54 billion Swedish krona, an increase of 7 percent, which was below our plan. For fashion retail in general, market conditions were very tough in many of our large markets in central and southern Europe and in the US, and this was reflected in our sales,” said Karl-Johan Persson, H&M CEO in a statement.

The H&M group’s sales including VAT in the period March 1 to March 28, 2017 increased by 7 percent in local currencies compared to the same period the previous year.

A new brand under H&M umbrella called Arket will be launched in early autumn 2017 and H&M Home will open its first standalone stores in 2018.

The company said, Arket will offer a broad yet selected range of essentials for men, women and children, as well as a smaller, curated assortment for the home. Arket stores will also include a café where location permits. The first such store will open in London and online in 18 European markets in early autumn 2017, followed by stores in Brussels, Copenhagen and Munich.

“We have seven brands today – H&M, COS, & Other Stories, Monki, Weekday, Cheap Monday and H&M Home – and soon it will be time for our next exciting launch, Arket. There will be products in a broad price range, however in a slightly higher price segment than H&M with emphasis on materials, function and fit. The range will be supported by a selection of external brands,” added Persson.

In addition, H&M said, five new physical stores will open during the year in Kazakhstan, Colombia, Iceland, Vietnam and Georgia. The first H&M store in Kazakhstan opened in Almaty in mid-March. In addition, H&M plans to continue its online roll-out into six new markets of Turkey, Taiwan, Hong Kong, Macau, Singapore and Malaysia which are planned to open during the first half of 2017.

Commenting on the company’s strategy ahead, Persson said, “The optimisation of our store portfolio also continues, particularly in those markets that did not perform sufficiently well. Among other things, this includes closures, the addition of more store space and rebuilds. We are also in the process of developing a new and upgraded version of our H&M stores with a new visual look.”