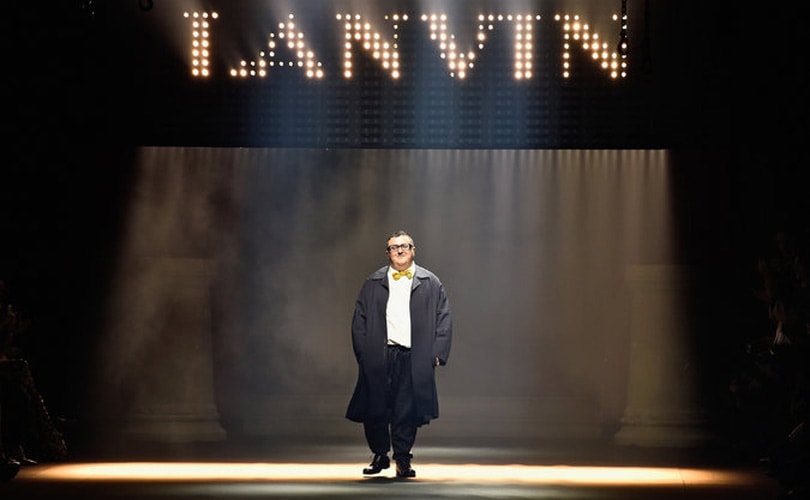 Elbaz exit at Lanvin: How many designers can the fashion system claim?

At the 2015 Fashion Group International's Night of Stars event, Alber Elbaz in a profound 16-minute speech criticised the pace of the fashion industry: stating: "I need more time. And I think everybody in fashion these days needs just a little more time." Whether this was a precursor to the events this week, it has now become clear that Elbaz left the house of Lanvin after he was forced out by the majority shareholders.

The amicable designer, who on Wednesday announced his shock departure from the French luxury house, stated: "At this time of my departure from Lanvin on the decision of the company’s majority shareholder, I wish to express my gratitude and warm thoughts to all those who have worked with me passionately on the revival of Lanvin over the last 14 years; express my affection to all my wonderful colleagues in the Lanvin ateliers who accompanied me, and who enriched and supported my work. I wish the house of Lanvin the future it deserves among the best French luxury brands, and hope that it finds the business vision it needs to engage in the right way forward.”

Elbaz and Lanvin stakeholder did not see eye to eye

Elbaz, who owns a reported 10 percent stake in France's old fashion house, had been at loggerheads with Lanvin's majority stakeholder, Taiwanese publishing giant Shaw-Lan Wang. Like so many designers who's creativity is compromised, Elbaz is said to have complained about a lack of a clear strategy and targeted investment. More importantly he was not behind the licensing vision which he saw as compromising the image of the brand in Asia. In China there are countless of products under the logo umbrella of Lanvin, not designed by Elbaz, nor typically associated with a luxury name, noted WWD.

Lanvin is a relatively small operation compared to global players such as LVMH, Richemont, Kering, Chanel or even Armani. Several sources estimated Lanvin would need at least 100 million euros of investment to take its development to the next level. Elba had been vocal about his boss selling her stake in the company to make way for more strategic investment and take the brand forward. His statement that he hopes Lanvin 'finds the business vision it needs' is especially poignant in his departure.

Elbaz's departure is the third major shakeup of a French fashion house in one month, after Alexander Wang's exit at Balenciaga and Raf Simons surprise departure at Dior. The rumour mill that Elbaz will more to Dior is in overdrive, as WGSN noted it would be a good fit. Elbaz, from his pre-Tom Ford stint at YSL to his work at Lanvin, has been lauded for his strong understanding of the luxury customer and the Dior shopper might seem custom-made for him. If he did join, it would certainly not be a left field appointment like the recent Balenciaga announcement of Demna Gvasalia of Vetements as design chief.

Elbaz ended his statement thanking his contemporaries and customers: “I also wish to express my profound and deepest gratitude to all of the clients and friends, to the French and international press and to all those business partners who collaborated with Lanvin, providing us with support since 2001."

In 2011, when Elbaz was asked if he would consider moving to another brand from Lanvin, he told The Financial Times: ‘“How could I do that? The people who work there enable me to do what I do. They are my orchestra. I can’t say to them, ‘Oh, bye, Mummy’s leaving now.’ ”

"I prefer to whisper," not scream, says Elbaz

At the Fashion Group International's Night of Stars Elbaz continued: "We designers, we started as couturiers, with dreams, with intuition, with feeling.” Then, he said: “We became ‘creative directors,’ so we have to create, but mostly direct. And now we have to become image-makers, creating a buzz, making sure that it looks good in the pictures. The screen has to scream, baby.” But, he said, “I prefer whispering.”

From a designer's viewpoint, the fashion system appears to be broken. Creativity has become nothing more than an unsustainable commodity. Something that luxury houses tap into at demand, keeping the wheels turning without ever giving the machine time to reload and reboot. If we look at Raf Simons’s departure for “personal reasons” and John Galliano becoming an alcoholic mess during his last years at Dior, the question if 'the system' is no longer possible to sustain in the way it's being run, becomes more and more applicable.