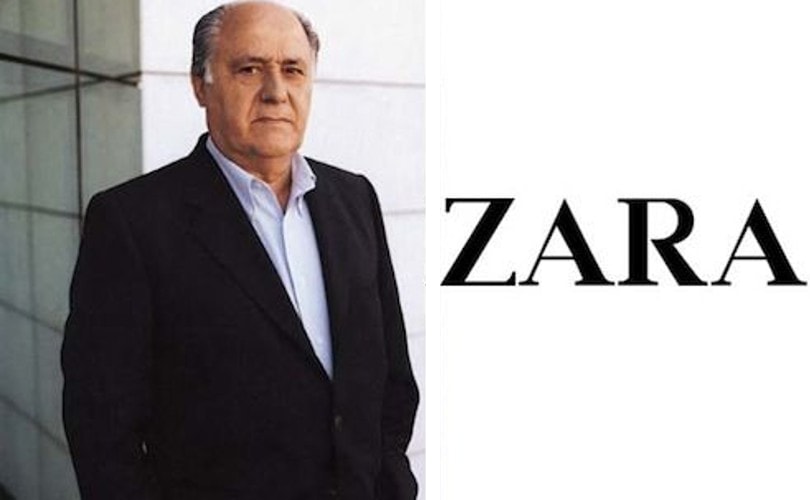 Fast fashion sells. In huge, unsurmountable quantities. The fashion industry's wealthiest leaders in 2015 are those empires were built on selling affordable clothing to the masses. Leading the way is Zara founder Amancio Ortega with a net worth of 74 billion dollars. He co-founded the chain in 1975 with lingerie and bathrobes he and his former wife Rosalia Mera made in their living room. Today, of course, Zara is a household name with stores in every major city and town across the world.

Interested in the Top 10, but no time to read the complete article? See the 10-second-version here: the interactive chart will give you the answer.

Wal-Mart's family have 4 members in the top 10

Wal-Mart's family have four members in fashion's top ten wealthiest. They include Christie, Jim, Alice and S. Robert Walton, who between them have a combined wealth of over 160 billion dollars, and sit at number two, three, five and six on the list. Christie Walton is also the wealthiest female billionaire in the world. Between them on the list sits L'Oreal founder Liliane Bettencourt at number four, with an estimated wealth of 39.2 billion dollars. LVMH Chairman and CEO Bernard Arnault comes in at number seven and is worth an estimated 35 billion dollars. Arnault is the only luxury group owner featured in the top ten richest fashion individuals.

Stefan Persson tops number eight on fashion's rich list, although he is Sweden's richest person by way of fast fashion retailer H&M, where he owns a 28 percent stake and serves as chairman. His father, Erling Persson, founded the chain in 1947.

At number nine is Nike founder Phil Knight, with an estimated worth 27.1 billion dollars. Knight founded Nike in 1964, shortly after he had graduated from Stanford B-school, traveled the world and talked his way into meetings with Japanese shoe suppliers. Together with his former track coach Bill Bowerman, they each invested 500 dollars to start a company called Blue Ribbon Sports. Knight changed the name to Nike in 1978, after the Greek goddess of victory. They rest, as they say, is history.

Rounding out the top ten is Leonardo Del Vecchio of the Luxottica company. Del Veccio, who has a personal fortune of 20.4 billion dollars, founded the sunglasses conglomerate in 1961 and has chaired the 8.4 billion dollar company ever since. Luxottica today is largest producer and retailer of sunglasses and prescription glasses, and also owns Sunglass Hut, LensCrafters, Ray-Ban and Oakley.

Some of fashion wealthiest families sit along the top ten continuum as their combined wealth surpasses many individuals. Nicolas Puech, a direct descendant of legendary former Hermes leader Emile-Maurice Hermes and part owner of Hermes International, is individually worth 1.7 billion dollars, but the family stake falls in at around 28 billion dollars. Similarly, the Brenninkmeijer family from department store group C&A have an estimated worth of 27 billion dollars.