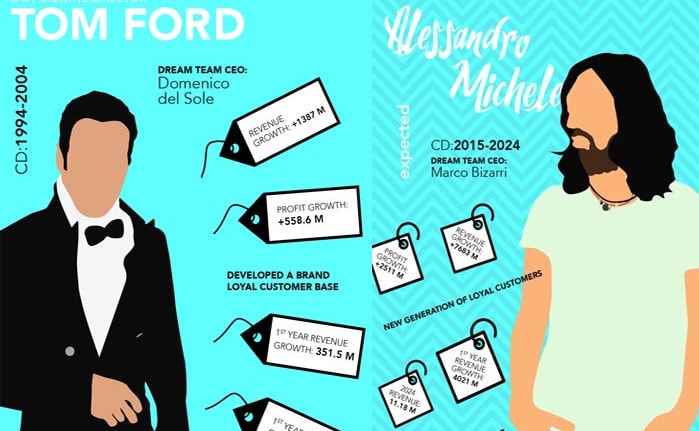 Although Alessandro Michele has just been at the creative helm of Gucci for 10 brief months, his vision has had a tremendous effect on Gucci. However, given his background at the Italian fashion house, this should come as little surprise as he has been working behind the scenes with the luxury label since 2002. Moreover, he was hired by none other than Tom Ford, who was the creative director at the time, as an assistant, which should also have been an indication of his creative potential. But which of the two has had a greater influence on the brand? Has Michele's influence translated into a direct sales boost for Gucci? And can he bring the brand back to its former glory days of the 1990s? FashionUnited takes a closer look.

Tom Ford first took over the creative reins at Gucci back in 1994. At the time Domenico De Sole was Chief Executive Officer at the Italian fashion house and he gave the designer free range over the brand's artistic direction. This was in part because the label faced bankruptcy at the time and needed to turn things around before it was too late. Ford took up the challenge to breath new life into the label and re-branded Gucci into a sexy, yet elegant high-end fashion house. His Autumn/Winter '95 collection, which featured slinky jewelled-toned satin shirts and hip hugging velvet trousers, proved to be such a hit that Gucci sales boomed 90 percent between 1995 and 1996 alone. 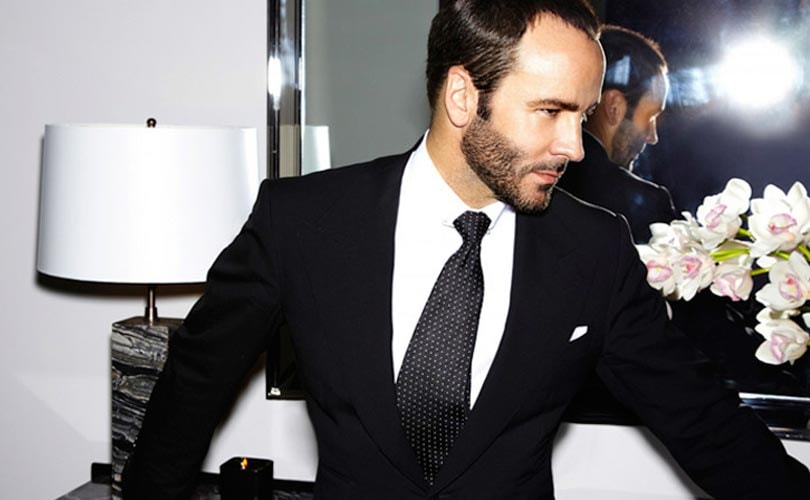 Even though Gucci was not facing bankruptcy when Alessandro Michele was appointed creative director earlier this year, the brand had found itself in an creative dip as it's former creative head Frida Giannini failed to keep consumer's attention and distinguish Gucci from it's luxury peers. It was sinking amongst Kering’s other luxury brands and had lost much of it shine. Enter Michele, who until this point has been quietly working behind the scenes. Gucci's current CEO, Marco Bizzarri, felt that he was the correct designer to transform the ailing luxury brand once more, as the brand lost much of its appeal after Ford left in 2004. Michele’s début collection for Gucci, which was presented during fashion week this February, introduced a new style direction for the label, moving away from its dusty image and introduced the new “geek chic” Gucci girl.

At the time of his reign at Gucci, Ford was quick to streamline the fashion house's product range, which accounted for over 20,000 items, including saddlery and furniture. By scrapping over 15,000 products, Ford was also able to elevate the brand's status to premium label once more. Ford has been credited with unifying the brand's split facets and uniting them under one roof, all whilst transforming Gucci's status by making it exclusive once more. At the same time, he is also said to have introduced a more commercial approach to the brand, making it more accessible to consumers around the globe, whilst boosting its fashion credentials. Thanks to Ford's vision, Gucci continued to thrive. 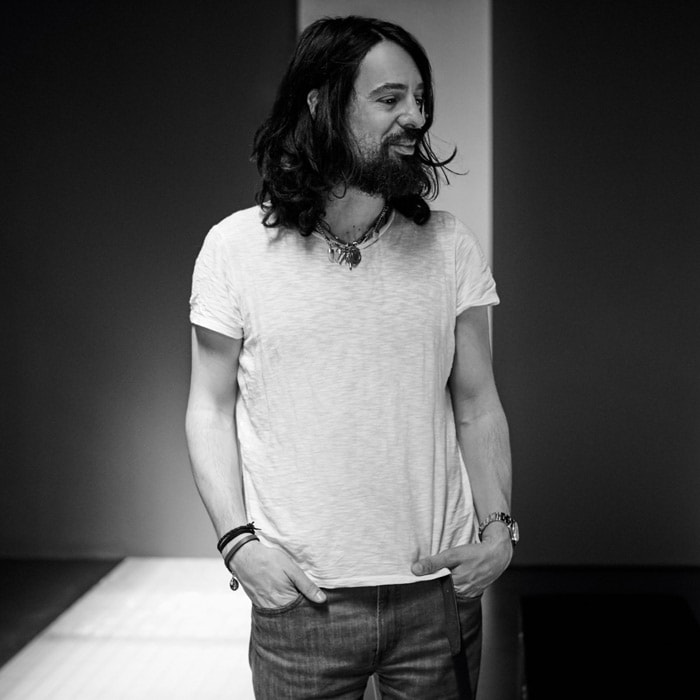 On the other hand, Michele's decision to move away from Gucci's old style and launch a new creative direction was a gamble that appears to have paid off well as industry insiders, critics and celebrities alike scrambled to get their hands on his début collection. Demand for the much debated kangaroo-fur lined slide loafers was so high that Gucci was forced to re-order the furry footwear four times from its factories and led to similar shoes popping up across the market. Michele's new style for the ready-to-wear line has also brought a new generation of customers to Gucci, who previously did not feel connected to the former image the luxury fashion house was projecting. This inevitable contributed to Bizzarri decision to exclude both of Michele’s collections from the end of season sale this year.

So, while it is clear that both creative directors and CEO's have had a big impact on Gucci, the question is how has this impact affect the fashion house sales?

When Ford and De Sole took over Gucci, things were looking dour for the luxury fashion house indeed. In 1993, the company reported revenues of 203 million euros, with an annual loss of 23 million euros. Things reportedly became so tight at the Italian company that Gucci was unable to pay its staff their salary as they lacked sufficient cash. Enter the dream team. By 1994 revenue had grown 73.2 percent to 351.5 million euros, and profits grew 173.9 percent to 17 million euros as Ford and De Sole began to reinvent Gucci's brand. Ten years later, Gucci reported revenues of 1.5 billion euros and annual profit of 535.6 million euros. In total, the duo managed to generate a growth of 1.3 billion euros during their decade leading the helm at Gucci, with an average annual revenue growth of 22.5 percent and an average annual profit growth of 65.8 percent according to FashionUnited's calculations - an impressive feat indeed. 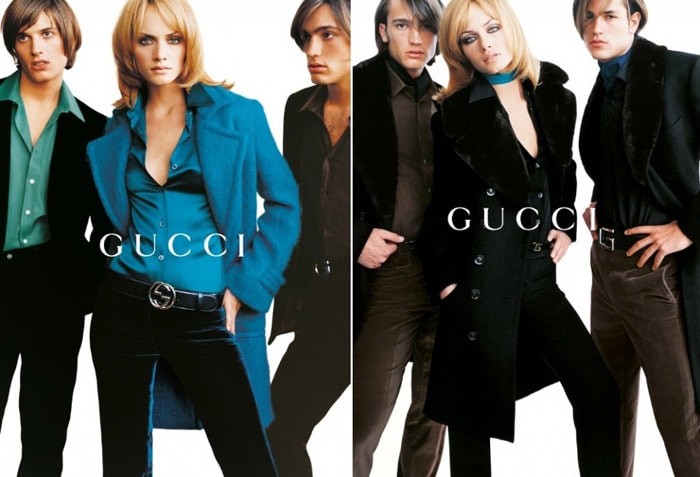 When Michele and Bizzarri took over the Gucci torch from Frida Giannini and Patrizio di Marco, the company was in much better shape. Although the company reported revenues of 3.4 billion euros in 2014, its growth has slowed and dropped 1.8 percent. The public was uninspired by Giannini collection and Gucci needed to bring something new and more aligned with the consumers expectations. Fast-forward to 2015, seven months after Michele presented his début collection for the label as creative director and Gucci reveals a 8.6 percent increase in sales. With Gucci rapidly transforming into Kering's new money cow, FashionUnited predicts that the company will post annual revenues in the region of 4 billion euros, a 15 percent growth from 2014. Profits are expects to have grown 16.9 percent to 1.2 billion euros.

Although both creative directors have managed to generate an impressive cash-flow for Gucci, which of the two had a larger effect on the luxury brand? Part of Ford’s and De Sole’s success stems from the fact that Gucci was facing bankruptcy at the time. Even though transforming Gucci was by no means easily accomplished Ford and De Sole were able to wipe the slate clean and take the risks needed to bring the company back to life. As Gucci lacked proper management and structure in 1993, there was enough room for the duo to reinvent the company's marketing strategies and pricing scheme to aligned Gucci with brands such as Prada and Versace. By ensuring that Gucci’s products costed less than those at Hermes and Chanel, De Sole was able to re-established Gucci’s image as exclusive, but still ensured it was accessible.

Michele and Bizzarri’s success on the other hand, comes from the designer’s willingness to push Gucci’s to new boundaries through innovative design and give the brand a fresh look and feel. This is likely to initiate a major growth in both revenue and profits for Gucci, and FashionUnited predicts Michele is likely to remain on board as CEO until 2024. By then, Gucci will have an annual revenue of 11.1 billion euros, and profits in the region of 3.5 billion euros. In total Michele is likely to achieve revenue growth of 7.6 billion euros in 10 years, according to FashionUnited’s analysis, and an average annual revenue growth of 12.4 percent with a average annual profit growth of 13.1 percent over 10 years. 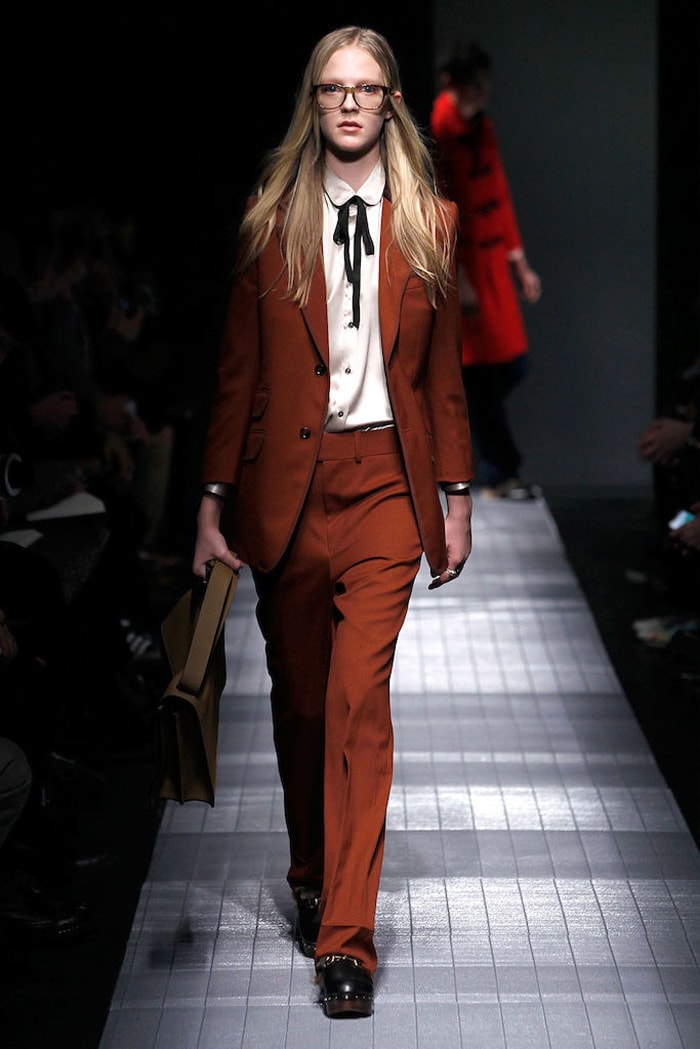 Nevertheless, there remains one reason why Alessandro Michele can not be seen as the new Tom Ford for Gucci, in spite of his overall positive effect on the luxury label. Ford and De Sole saved Gucci from going under and completely transformed the brand. When Michele took over the creative reigns, Gucci was a far cry from the dire financial situation it was in the early 1990s. Ford not only created a new look for Gucci, he also re-established its complete product range, pricing scheme, marketing and image. As Gucci today is in much better shape, Michele is unlikely to have the same impact as Ford did.

Although Michele has managed turned the tide for the luxury label, it is unlikely to have reach the same high as before, as Gucci did not sink as low as it had when Ford came aboard.

This is the eleventh episode of a new series based on FashionUnited's unique business intelligence Top 100 Index. Stay tuned next week's episode on December 4, which focuses on Gap.