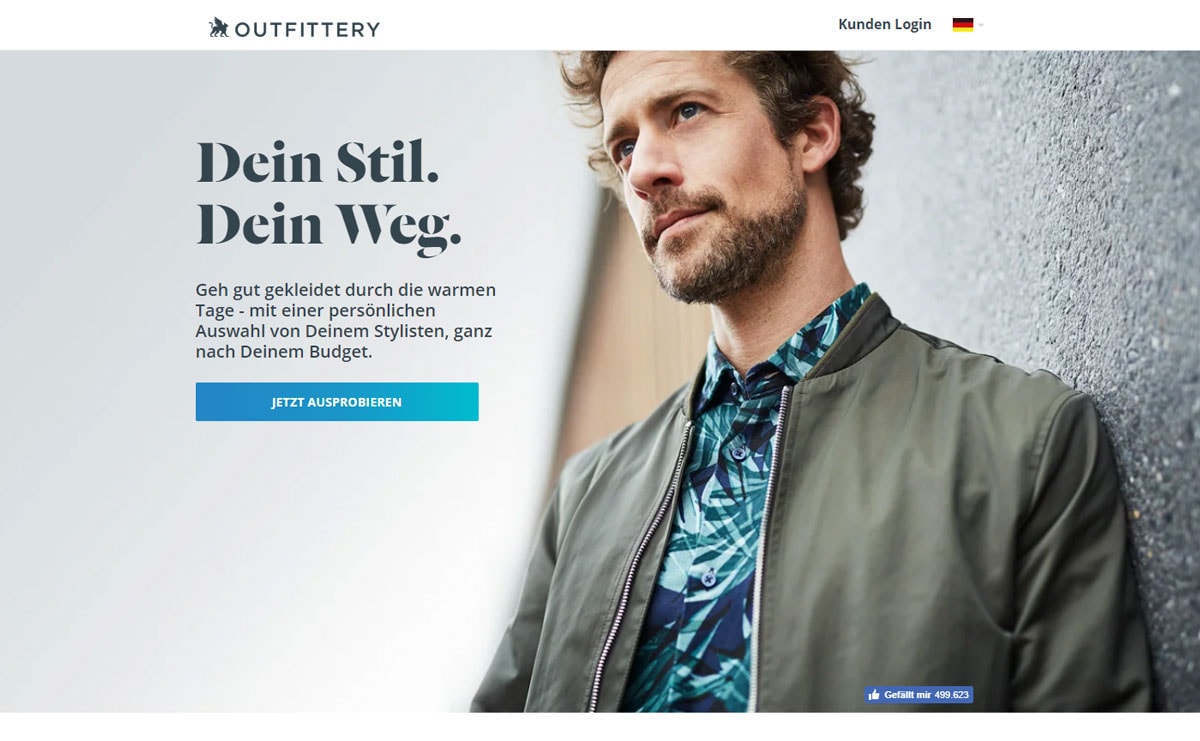 New York - German fashion start-ups Outfittery and Modomoto have announced they are merging after ten years of competition. The merger will help them accelerate growth in Europe and become a stronger competitor to Zalando’s Zalon.

Although the financial details of the merge remain undisclosed, both companies have explained they will start operating under the Outfittery brand in German-speaking markets, as well as in the Benelux, Sweden, and Denmark.

Market sources consulted by FashionUnited highlight that after merging, what could be considered weaknesses until now, will become the resulting company’s key differentiators against the likes of Zalando. They refer to the fact that both Outfittery and Modomoto are based in Berlin, offering a very similar curated shopping service for men. Additionally, reports ‘Handelsblatt’, the companies have accumulated five-digit loss amounts since their founding. Competition hasn’t but gotten fiercer with the entry of Zalando in this ‘curated shopping’ niche with its Zalon service.

Acknowledging the current market environment, Julia Bösch, co-founder and current CEO of Outfittery, puts it this way – as published by the German journal: "We have set up two successful companies here that will reach the next level through the merger."

As explained in a joint communication, with the merger, the new company wants to accelerate growth in Europe and become a stronger competitor to Zalando. Outfittery and Modomoto have served almost 1 million customers and together they generated sales of 80 million euros in the past twelve months. Currently, Outfittery accounts for two-thirds of the companies’ joint sales.

Outfittery’s CEO to hold the reins at the resulting company

Outfittery’s Bösch will head the new company while Modomoto founder Corinna Powalla will give up her operational role, remaining as a shareholder and advisor.

Current investors for both companies, which include Holtzbrinck Ventures and Highland Capital Partners, will also remain invested. Explaining their decision, Sam Brooks, partner at Highland Europe, said that "We believe Outfittery is now best positioned to enhance the customer experience."

Looking ahead, the resulting company is set to generate a revenue of over 100 million euros in 2020. As some in the industry recall, in 2018 both companies would still have been in the red, but only because they focused on growth.

When announcing the merge, Bösch also advanced some of her plans for the future. "Curated shopping is still in its infancy in Europe", one only has to look to the USA, where the market is already very differentiated and several big players are active. "We will see this growth in Europe as well, and we want to anticipate it as number one." According to industry sources, the European clothing market is valued at 400 billion euro, a quarter of which would correspond to men's fashion.

In this regard, Outffitery’s CEO assures that their "business works everywhere." She wants to continue to expand and already has other countries in view in Europe - for example, the move to Britain is "only logical, this is a huge market."