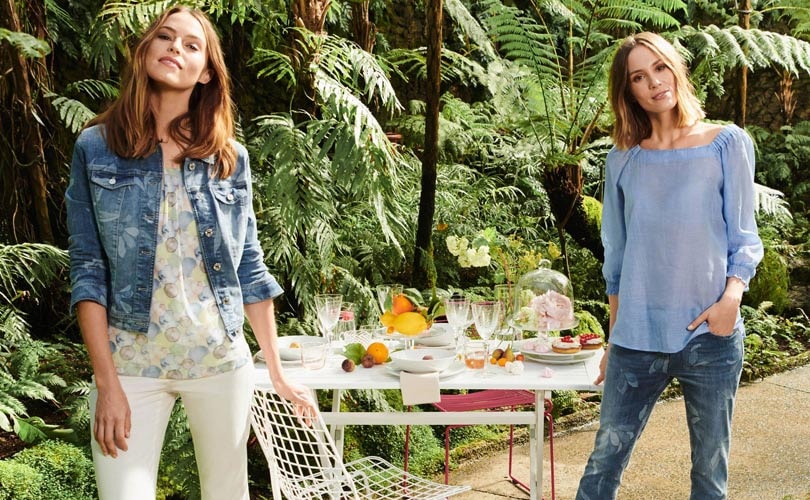 In the first half of 2017/18, Gerry Weber International AG generated consolidated revenues of 404.7 million euros (478 million dollars), a decline of 5.4 percent. Following the disappointing first half, the company has initiated a “Performance Programme”, modifying its business model for sustainable profitable growth As a part of this initiative, the company, over the next two years, plans to cut about 140 to 150 full-time positions.

“The modification of our business model is a revolution for Gerry Weber. The cuts that are necessary to steer Gerry Weber back on the road to success are not easy, especially for a traditional family-run company like ours. But the results for the first half of 2017/18 have shown that we must take fundamental and effective counter-measures in spite of the positive effects of the completed Fit4Growth programme. It remains our objective to return to sustainable growth – in both revenues and earnings,” said the company’s CEO Ralf Weber in a statement.

As a part of its growth strategy, the Gerry Weber Group added that to entail operating and personnel cost savings in the amount of 13 to 15 million euros (15 to 18 million dollars) in product development, procurement, logistics and finance, over the next two years, it plans to cut about 140 to 150 full-time positions at the headquarters and in logistics. Internationally, the Group has decided to focus on large and profitable growth markets in order to expand its activities in these markets selectively.

The plan, Gerry Weber said, comprises of eight sub-projects – product development, procurement, retail, wholesale, logistics, IT, support and digital – and takes a consistent vertical process approach. The Group will also create collections that are ideally tailored to trends and customers’ needs. By taking these steps, the company believes that it will improve its merchandise management and reduce the discounts granted and will thus significantly increase the productivity per square metre in both the retail segment and the wholesale segment.

By implementing these measures, the company aims to increase its sales revenues significantly and more strongly than the market in the next three to five years, to save total costs in the medium double-digit million range and thus to generate additional potential of up to 35 to 40 million euros (41 to 47 million dollars) per annum for its operating result (EBIT) within the next three to five years.

In the first quarter alone, revenues at Gerry Weber International dropped by 9.3 percent, and decline in revenues slowed down to 1.7 percent in the second quarter, resulting in consolidated second-quarter revenues of 214.9 million euros (253.7 million dollars). The slowdown, the company added, is attributable to the continued positive business trend at Hallhuber, the announced shift in deliveries to our wholesale partners to the second quarter and the increasingly positive effects of the measures implemented in the context of the Fit4Growth programme, which was completed at the end of the financial year 2016/17.

The Gerry Weber core retail segment, i.e. revenues generated by Gerry Weber, Taifun and Samoon at the company-owned points of sale, declined by 14.2 percent to 165 million euros (194.7 million dollars) in the first half, influenced by the store closures implemented as part of the Fit4Growth programme. There were a total of company-managed stores of 835 at the end of the first half of the year compared to 886 last year.

Hallhuber’s sales revenues increased 12.2 percent to 104.3 million euros (123 million dollars) in the first half, attributable to an expansion-related increase in the number of POS. In addition, comparable revenues rose by 8 percent.

The company said measures associated with the Performance Programme for sustainable profitable growth will lead to higher-than-expected extraordinary charges of roughly 15 million euros (17.7 million dollars) and to a shift in revenues to the next financial year and sales revenues in the Gerry Weber retail segment will be slightly lower than expected in the current financial year. Against this background, the managing board of Gerry Weber International has revised the forecast for the financial year 2017/18.