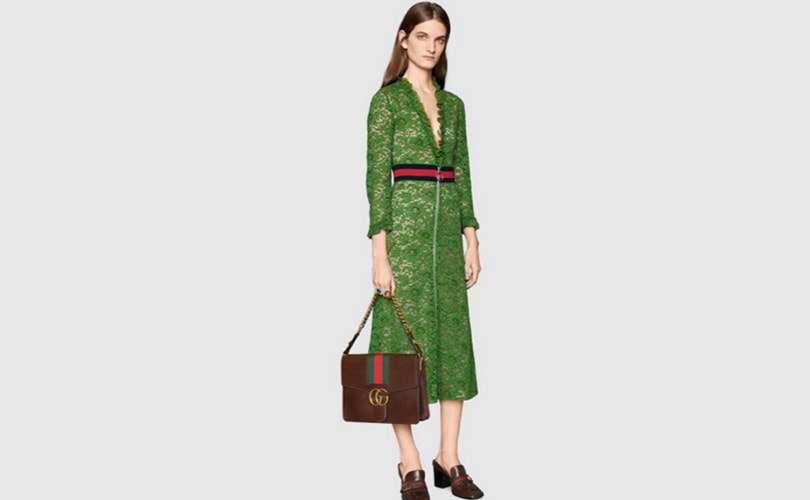 Italian fashion house Gucci is back on trend, both in fashion and in finance. The brand has not only returned to the growth path but also lifted its parent group’s, Kering, total results for fiscal year 2015.

Kering highlighted that revenue in the fourth quarter jumped 16 percent, mostly driven by the resurgence in popularity for its Gucci brand, which sales rose 13 percent in the fourth quarter. It is worth of remembering that Gucci accounts for nearly two-thirds of its profit.

"Gucci has come in with a significant number of new styles that are starting to turn heads--at the same time, it is benefiting from promotions on its former collections," said Luca Scola, analyst at Exane BNP Paribas.

Francois-Henri Pinault, CEO at Kering highlighted how Gucci's global network of stores helped offset markets hits by terrorism and economic slumps. "We have one of the best networks in the world, at least among our brands," said Pinault in this regard in an exclusive interview with CNBC. "When it comes to our brands we build networks worldwide, for instance we had a decrease in France due to the attacks but not in Italy and Spain... at the same time we had an increase in Australia, in New Zealand where we are, in Japan – Japan has been very good," said Pinault.

Pinault added that Gucci had completed the renovation of many of its flagship stores, but continues to have a program to renew 60 stores this year, rather than focus on opening new ones.

Solid growth in Western Europe and Japan also fuelled the engines for Gucci over the last quarter of the last fiscal year.

Solca explained in an interview with the ‘Financial Times’ that the better-than-expected sales figures at the brand "shows that Gucci's management is both expedient and on the right track. Gucci has come in with a significant number of new designs that are starting to turn heads."

In agreement with the BNP Paribas expert are other analysts from the City, as well as fashion experts who point out how the new aesthetics brought to the label by Gucci creative director Alessandro Michele have definitely had a boosting influence on the company’s fourth-quarter sales.

The company behind fashion power house Gucci highlighted how the Chinese tourist is among its most important customers, helping to boost its comparable sales by 5 percent in the last three months of 2015.

"What is very important to us is we have the right set-up in the destination that would be attractive to the Chinese tourist because those numbers of tourists will continue over the long term to grow," said Kering chief executive Francois-Henri Pinault, in an exclusive interview with CNBC.

"This is very linked to the forex and any change to exchange rate will have an impact so we need to be prepared. What is important is the Chinese structurally will be increasing in terms of the number of people travelling," further added Pinault.