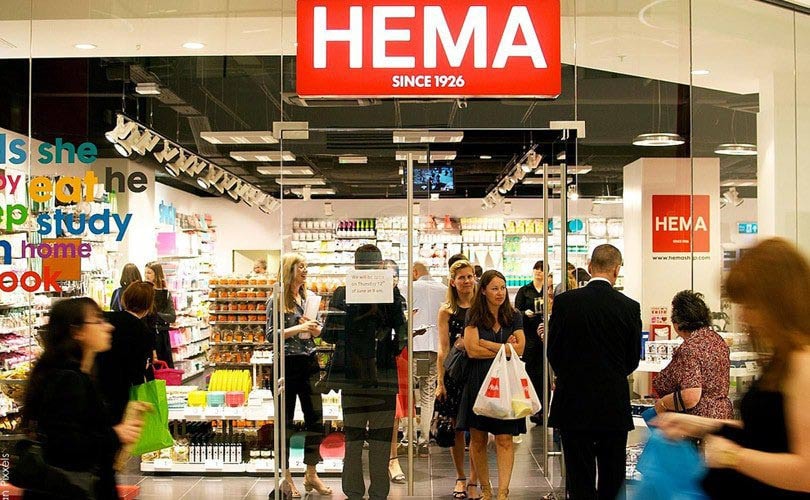 Hema aims to open 75 stores across the UK

London - It has been four years since Hema opened its first store in the UK. Since then the Dutch value retailer has opened seven more stores, operating a total of eight locations. However, now that the retail company is hoping to attract a new owner, it is keen to ramp up its international expansion scheme, which sees Hema aiming to open up to 75 stores in the UK.

At the moment Hema only counts one store outside of the greater London area, located within Birmingham's New Street train station. However, CEO, Tjeerd Jegen, sees room for growth in the UK. In an interview with the Telegraph, he revealed that believes Hema can have "between 35 and 50 stores within the M25" as well as a minimum of 25 stores in other UK cities. "I think, over time, 75 is very much a number we can grow into in the UK," he added.

Jegen's ambitious expansion plans for Hema comes as the value retailer continues to perform well in the UK. "For the last 12 months, we have had double-digit like-for-like growth in the UK," said the CEO. In addition, Jegen, who is spearheading the retailer international expansion plan, believes that if Hema can be successful in the UK, will be able to succeed anywhere.

"In my experience, the UK is the most advanced retail market in the world with the most demanding customers. If we are able to compete properly and succeed in the UK, in my view we can succeed everywhere." Jegen, who previously oversaw Tesco's operations in Malaysia and Thailand, oversaw Hema's debut opening in Austria last month and aims to open 30 more international stores in existing markets throughout the year.

Owned by private equity firm Lion Capital, Hema currently 750 stores across eight countries, including more than 500 locations in the Netherlands. Founded in 1926, the retailer offers apparel, homeware, beauty and personal care products. At the moment Hema counts stores at Tottenham Court Road and Clapham Junction in London, as well as at Euston, Victoria railway stations in London and Stansted Airport.

Jegen's expansion plans come as a growing number of UK high street retailers continue to struggle against increasingly difficult trading conditions. Retailers, such as Poundworld, New Look and House of Fraser, recently filed for a company voluntary arrangement (CVA), to shut a number of loss-making stores and negotiate lower rents.