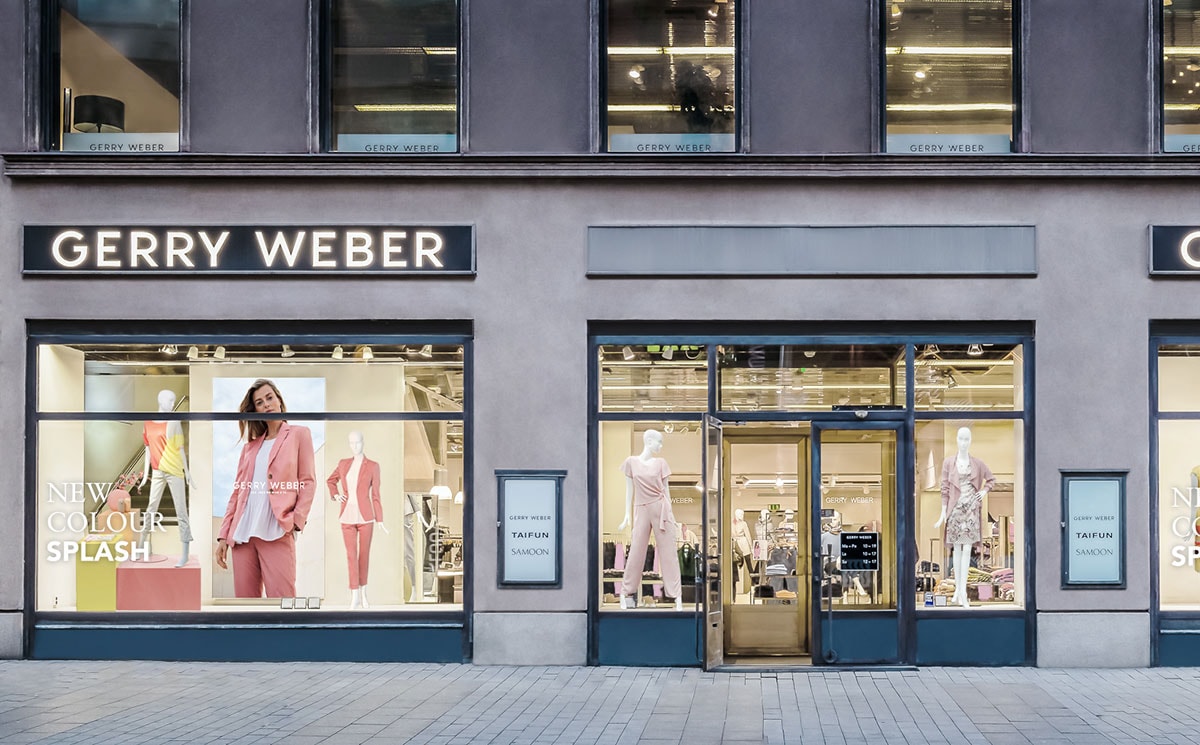 How Gerry Weber is planning its turnaround

German womenswear brand Gerry Weber is revamping its collections in a bid to turn around its business after insolvency proceedings ended in January.

The retailer has updated its main collection to meet customer demand for softened prints and colours, said chief product officer Urun Gursu in an interview in Dusseldorf in January. He also stressed the need for a “clear signature” to appeal to active women over 40. Currently, Gerry Weber’s main customer base is over that age and has remained loyal to the brand due to its quality and fit.

“We have to reunite our expertise in fit, that is an essential part of our DNA, with a stronger fashion sense and modernity to be one of the key players in the classic mainstream category again," said Gursu. He’s also working to differentiate Gerry Weber’s main collection from Taifun and Samoon, the company’s two other brands for young and plus size women.

Last year, Gerry Weber International AG filed for insolvency under its own administration and the namesake founding family lost its share when investors Robus Capital Management Ltd. and Whitebox Advisors LLP took over. As with many fashion retailers, the company suffered from the rise of online retail and declining customers in city centres. At the same time, it also failed to appeal to younger customers with its collections and opened too many own stores - often without consulting with its wholesale partners.

Its past conduct has at times strained relationships with retailers who carry Gerry Weber lines. Now, the company is vowing to change: It will "significantly" cut back discounts in its own stores and accommodate retailers’ needs for order amounts, said Gursu. Whether the new approach will bear fruit remains to be seen because most retailers haven’t dropped the brand during its insolvency in the past year but they’ve reduced their order amount.

"Right now, we're focusing on making more sales with the customers we have,” said Gursu, who worked at fashion brands like Mango and Esprit, before joining Gerry Weber last March. "We have to rebuild trust now." So far, the new collection has met wholesale targets from January to July and is expected to do so for July, August and September, according to Gursu, who didn’t specify the targets. The company generates 50 percent of its wholesale revenue outside of its core markets Germany, Austria, Luxembourg, the Netherlands and Belgium. Gursu also identified the main regions for further growth as Russia, the Baltics, Scandinavia and the Middle East.

The company has shrunk considerably during its insolvency in the past year. Sales for 2020 are expected to be between 370 and 390 million euros, almost half of the revenue of 794.8 million euros reached between November 2017 and December 2018. In the past year, Gerry Weber has reduced its retail spaces from 800 to 500. All its shops in the UK were closed, while the company still operates 200 own stores in Germany and 39 in the Netherlands.

The substantial closures, however, have left “white spots” on the map which Gerry Weber aims to fill again, said Gursu. The company plans to open three stores in Europe this year – either own shops or with franchise partners. The first one will open in Liège, Belgium, in April or May and more could follow in the country as part of the company’s retail expansion plan until 2022.