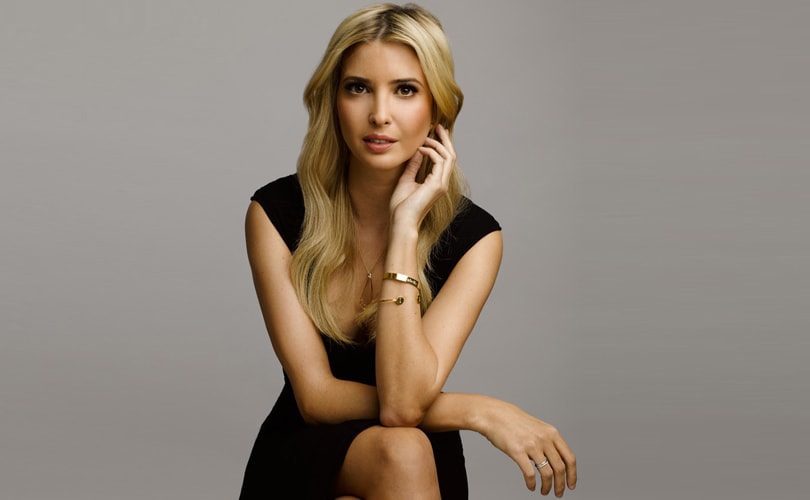 Ivanka Trump, fashion entrepreneur and First Daughter of the United States, will be shutting down her eponymous label. The news was first reported by The Wall Street Journal. Trump originally stepped away from the brand in January 2017 when her father, Donald Trump, was set to become President of the United States.

Prior to the negative association that came with the Trump name thanks to her father's presidency, Ivanka's business was on a path to growth. Fortune reported that wholesale for the Ivanka Trump brand soared 61 percent that year to 47.3 million dollars. The magic quickly faded however, because as soon as her father was sworn in retailers began pulling her product from stores, most notably losing Nordstrom as a retail partner.

The brand was on its way to game over when G-III, the company that licenses Ivanka Trump's ready-to-wear, relabelled inventory and sold it to discount chain Stein Mart. In a statement, Hudson's Bay recently announced they were dropping the line.

"The decision to close down the Ivanka Trump fashion brand reflects both the lack of time Ms. Trump has to devote to the business and the various political challenges the company faces," said Neil Saunders, managing director of GlobalData Retail. "Ms. Trump was always closely associated with the brand but her current responsibilities mean she has had to take a back seat. This lack of control is likely uncomfortable when the label bears her name and is largely seen as an extension of her personal brand."

WSJ reported that Abigail Klem, president of the Ivanka Trump brand, told the company's 18 employees that the brand would be shutting down. Ivanka is expected to address the staff today as well. It is possible that the brand could relaunch in the future, as the intellectual property rights and copyrights will still be retained.

It might be a tough time for American retail, but when people honestly just don't want to be associated with your brand anymore, that can hurt even more than a sluggish economy.

"When we first started this brand, no one could have predicted the success that we would achieve. After 17 months in Washington, I do not know when or if I will ever return to the business, but I do know that my focus for the foreseeable future will be the work I am doing here in Washington, so making this decision now is the only fair outcome for my team and partners," Ivanka Trump said in a statement.