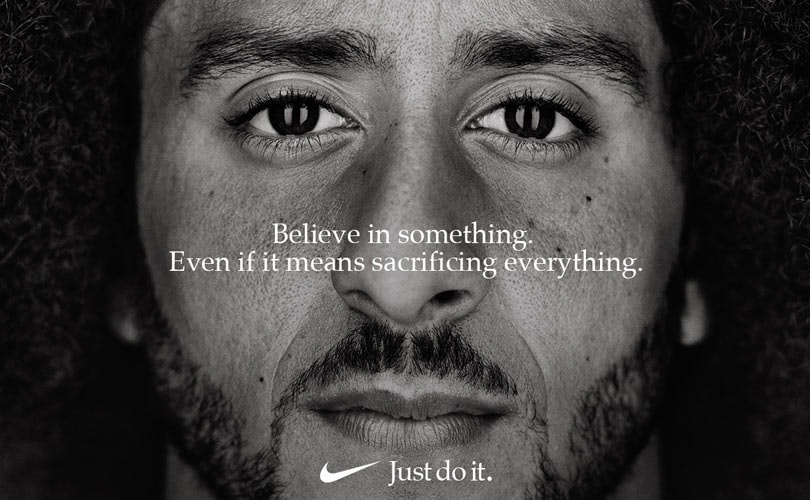 Featuring NFL quarterback Colin Kaepernick in its new ad campaign has not only had the entire United States talking, but also reportedly lifting Nike’s market value by 6 billion dollars. The athletic apparel’s company stock has also been on the rise since the controversial advertising aired for the first time.

Earlier this summer Nike decided to hire former NFL quarterback Colin Kaepernick as spokesperson and the visible face of its campaign celebrating the 30th anniversary of its “Just Do It” slogan. It’s worth recalling that the former NFL player was the first amongst his peers to take a knee during the national anthem back in 2016, kicking off a movement against racial inequality. Right after Nike announced the deal with Kaepernick, the sportsman’s critics started boycotting the company, cutting up their Nike socks and burning their Nike sneakers.

As a result, Nike was said to lose around 4 billion dollars. However, reported CBS News over the weekend, tables turned for the world’s largest athletic apparel company in mid-September, when its stock hit a record high, with products selling out more frequently. The company is also thought to have sold out 61 percent more merchandise since the controversial ad campaign started airing, according to Reuters.

Moreover, reports CBS News, after the first month of the ad campaign, Nike's market value has jumped up by 6 billion dollars.

In related news, Nike (NYSE:NKE) had its target price raised by Susquehanna Bancshares from 93 dollars to 100 dollars per share in a report released on September, 20, ‘MarketBeat’ reports. They currently have a positive rating on the footwear maker’s stock.

Other brokerages have also updated their ratings on Nike recently. Morgan Stanley has set an 88 dollars price target on Nike shares and recommends buying the stock. Likewise, analysts at Needham & Company LLC reissued a hold rating on shares of Nike in a report issued on September, 19. B. Riley reissued a ‘neutral’ rating and issued an 84 dollars apiece price target, up from its previous 76 dollars recommendation.