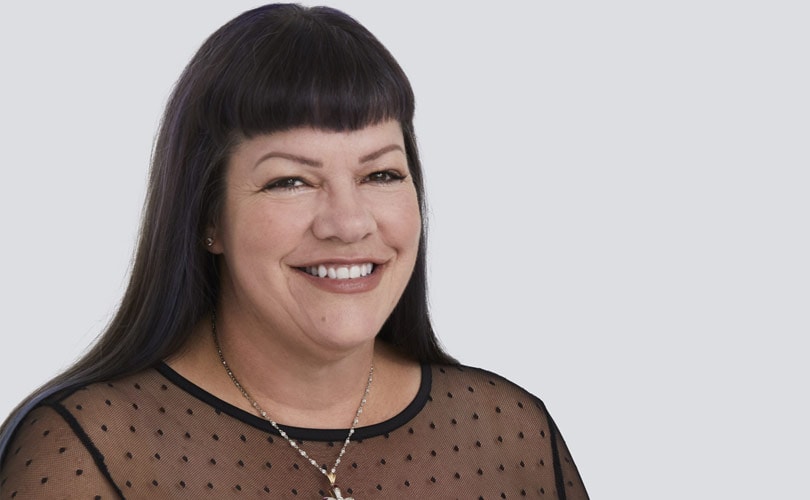 Torrid Inc. has announced that Liz Muñoz has been promoted to chief executive officer of the nation's leading fashion retailer for women sizes 10 to 30. Muñoz, who was previously president of Torrid, assumed her new role on Wednesday, August 29.

"Being chosen to lead Torrid as CEO is an opportunity that, as a first-generation American Latina, has surpassed my wildest dreams," said Muñoz in a statement. "At a time when being curvy, unique and comfortable in your own skin is finally cool, I can't think of a more exciting time to be in this business when more than 80 percent of women in the U.S. wear our sizes. I'm thrilled to build upon Torrid's evolution and continue to create modern, well-fitting and fashionable clothes that help women change their lives in a positive way."

Muñoz has worked her way up the ranks of Torrid for the past eight years. "As a 'big girl' myself and a mother of two boys, focusing on fit for the Torrid woman isn't just a trendy or business-oriented move, it's deeply personal to me," said Muñoz in a statement. "Long before other mainstream retailers jumped on board, fit has been part of our DNA."

In three and a half years, Muñoz fit over 36,000 items of clothing at Torrid on professional size 18 models — along with herself and other "big girls" — refusing to cut corners. She moved jean pockets, waistbands and inseams to where manufacturers said they shouldn't be. Even with intimates, she flew customers overseas so that engineers could see the diversity of bodies they were molding bras for— with sizes up to 50H.

"After being forced to settle for the best of the worst for so many years, curvy women don't really know how clothes should fit their bodies," said Muñoz in a statement. "At Torrid, curvy women everywhere are now able to get the flawless, custom fit they deserve. I am thrilled that this is the first brand where I can finally wear the clothes that I design."

Prior to joining Torrid in 2010 and being promoted to president of the company in January 2018, Muñoz was president of Lucky Brand Jeans.