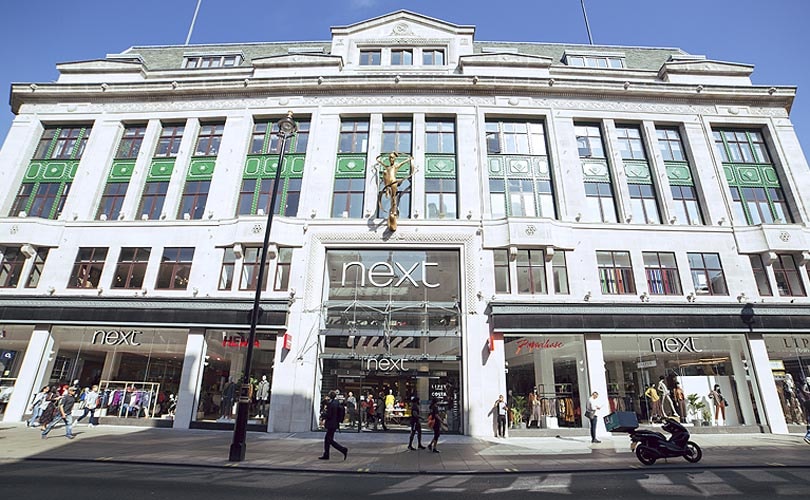 First half full price sales at Next, the company said, were up 4.5 percent on last year, while sales including markdown were up 3.9 percent to 1,939.4 million pounds (2,543.6 million dollars). 4.5 percent rise in sales, the company said was ahead of the 1 percent guidance given in January and the 2.2 percent given in May. Since the company did not experience any material loss of sales in August or early September, it is now raising the central guidance for full year profit before tax by 10 million pounds to 727 million pounds (953.5 million dollars), a growth in EPS of 5 percent. Next has also declared an ordinary interim dividend of 55p per share, which is up 3.8 percent on last year.

Full price retail sales were, however were down 5.3 percent, which Next said, was 1.7 percent ahead of the initial budget for the first half, while total sales, including markdown, reduced by 6.9 percent. Net new space contributed 0.7 percent to total sales growth. Profits, the company added, reduced by 23 percent, driven mainly by the dis-economies of scale caused by declining like-for-like sales. The company may close a further 25 stores reaching the end of their leases this year.

Label, the company said, had a strong first half with full price sales up 24.2 percent driven by increasing sales with its existing partner brands, where Next has increased the breadth of its offer and improved stock availability and the introduction of new partner brands. The company continues to add brands to its portfolio and will plans to launch a number of important new partners during the second half of the year.

Next announces changes to its board of directors

Additionally, Next announced the appointment of Tristia Harrison as a non-executive director with immediate effect. Harrison is Chief Executive Officer of TalkTalk Telecom Group PLC. Prior to this, Harrison was the managing director of TalkTalk's consumer business when it demerged from Carphone Warehouse, whom she joined in 2000 and held a number of senior management and executive positions. She is also a trustee at Comic Relief and national charity Ambitious about Autism.