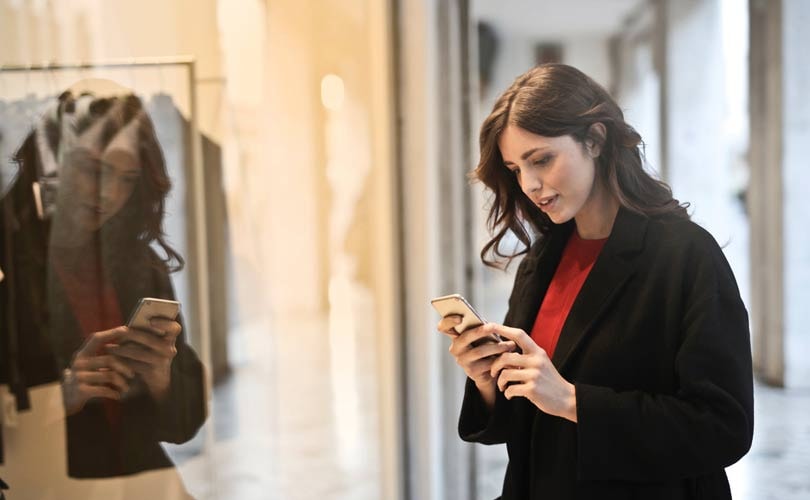 A latest France Ecommerce Report 2018 by Ecommerce Foundation highlights the importance and growth of online retail in the country. In 2017, based on the report’s findings, ecommerce in France grew 14 percent and the online business-to-consumer turnover was just under 82 billion euros (95.8 billion dollars), which is expected to witness a considerable increase this year. The French ecommerce turnover is forecast to be worth 93 billion euros (108.6 billion dollars) at the end of this year.

According to the report findings, 30 percent of online shoppers prefer delivery to their home. While 93 percent of the population uses a mobile phone, consumers falling into 35-49 age category has the most e-shoppers. The report further states that purchasing from national sellers has decreased and 49 percent of consumers are not used to buying with a phone in France. Last year, the online retail industry increased by 14.27 percent and this year, it is expected to post a 14.08 percent growth.

Cross-border shopping on the rise in France

Ecommerce Foundation study on ecommerce patterns in France further finds out that when French consumers shop across the border, 42 percent consumers shop mainly from foreign websites, compared to 29 percent foreign sellers on French marketplaces, while 29 percent of consumers said that they purchase via both channels.

While purchasing from national sellers has decreased, the number of online shoppers that bought from sellers in non-EU countries has increased: from 15 percent in 2016 to 17 percent last year. The majority of cross-border deliveries, almost 74 percent, are driven by China, followed by 41 percent from the United States.

“For French retailers seeking success, one of the most important factors is reshaping consumers’ habits through new technologies and online social interaction. The traditional path to purchasing is being replaced by a personalized consumer journey, enabled by smartphones, digital assistants and other personal devices, and embedded in new forms of logistics such as click and collect or same day delivery,” stated Sylvain Rousmant, Partner, Mazars in France while talking to Ecommerce Foundation.

Fashion continues to remain the biggest growth sector in France

When the Ecommerce Foundation asked Hernando Cuadros E-commerce Manager, Asendia Spain, about sectors that have the biggest growth potential in France, he said: “Clearly fashion because clothing is not only the most popular product category in France. There are interesting opportunities in the affordable luxury and premium segment. The market is also undergoing what it is called a “powerbrand” strategy, where big groups look to focus on their better performing brands. Consequently these flagships are expected to grow even more than the rest.”

“In addition, the fast fashion strategies of the big brands are accelerating the selling and distribution cycles, which stresses the actors and put in place big challenges,” he added.

Omni-channel model – a key to growth for retailers

“Shoppers are increasingly shunning the high street, in favour of more competitive and convenient online channels. But retailers are making a considerable investment in technology and innovation to transform and personalize the retail experience for customers through a multichannel strategy,” said Sylvain Rousmant, Partner, Mazars in France while talking to Ecommerce Foundation for their research on ecommerce in France.

Keeping with the consumer demands, Rousmant added, “Leading retailers are revolutionizing the in-store experience. Some are already digitizing their stores with a walk-in/walk-out experience. For example, Alibaba’s recent expansion of their supermarket chain Hema demonstrates a successful new trend in retailing, where the distinction between online and offline are being redesigned.”

According to Mark de Bruijn VP, Head of EMEA & MEE Marketing, SAP Customer Experience, one of the most harshly fought battlegrounds is that of providing a seamless omnichannel experience to avoid losing customers to competitors who offer a better customer experience. “In the digital age, consumers expect top-notch customer service, and the ability to buy what they want, anywhere, and anytime, through various channels, offline and online. A seamless omnichannel experience is essential as today’s demanding customers expect a personalized customer journey, regardless of where they interact with the brand. Retailers can only meet those expectations by integrating all channels,” he told Ecommerce Foundation.