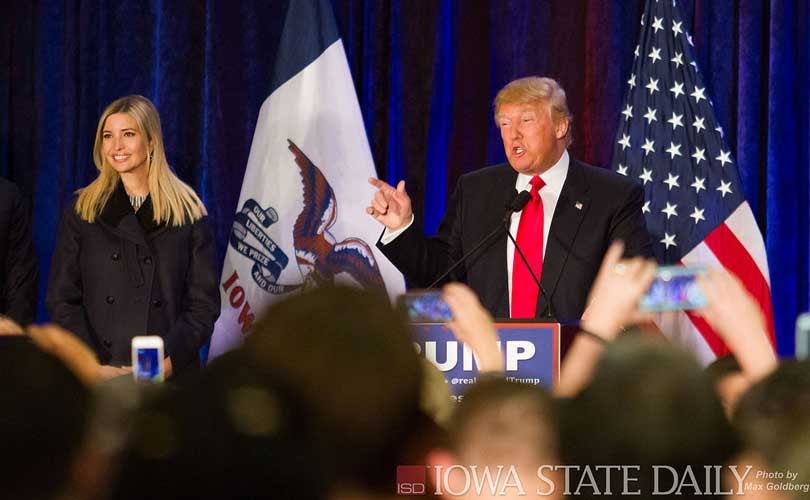 Retailers don't like Trump...neither the father nor the daughter

Pressure from the "Grab Your Wallet" boycott has built following announcements last week from Nordstrom and Neiman Marcus that they would be discontinuing sales of items from Ivanka Trump's brand, citing the brand's performance as the main reason.

“We’ve got thousands of brands,” a Nordstrom spokesperson told the ‘Seattle Times’ last week. “Each year we cut about 10 percent and refresh our assortment with about the same amount. In this case, based on the brand’s performance we’ve decided not to buy it for this season,” reports Racked.com.

However, Ivanka’s corporate team has a different story to tell: “The Ivanka Trump brand continues to expand across categories and distribution with increased customer support, leading us to experience significant year-over-year revenue growth in 2016,” Rosemary Young, senior director of marketing at Ivanka Trump, said in a statement on Friday, published by ‘Business Insider’. “We believe that the strength of a brand is measured not only by the profits it generates, but the integrity it maintains,” further added Young.

As soon as the Nordstrom’s decision was made public, online boycott campaigners turned all their anti-Trump-family products efforts to Macy's, which found itself forced to discontinue today’s president’s fashion line back in July 2015 following similar popular movements. Now, online boycotters are getting on social media to call on the department store chain to stop selling the Ivanka Trump's fashion line. If pressure continues, it wouldn’t be bold to think of Macy’s following a similar strategy than that they implemented after Donald Trump made controversial claims about Mexican immigrants in 2015: Macy’s stopped selling his menswear line, which includes ties, suits, and accessories.

It’s worth recalling that Trump’s fashion designer daughter’s namesake label had already been the target of a fierce boycott campaign during the electoral campaign.

Soon after Donald J. Trump was elected as the 45th President of the United States, it became clear that Ivanka Trump’s eponymous label would be not just under the continuous attack of activists but also one of the worse affected fashion brands by President Trump’s economic measures.

In an attempt to mitigate ongoing – and increasing – criticism, Ivanka Trump announced in January she would step down from the executive role in her namesake fashion company after her father’s inauguration.

"It can't be easy," said in October, when the campaign was still in full swing, Henry Harteveldt, a consumer analyst and founder of the Atmosphere Research Group advisory firm. "I think that she has worked reasonably hard to at least protect the retail and fashion brand from the campaign, so that it is seen as not being involved."