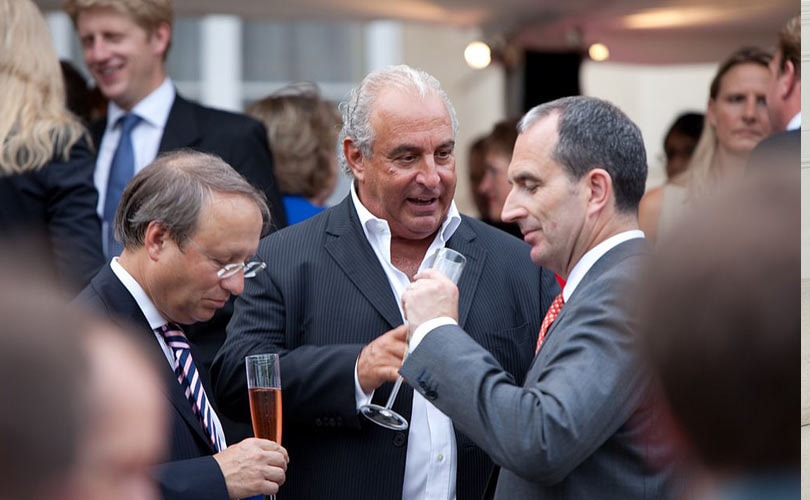 London - One of the most heated debates of the British high streets of the last year may finally be put to bed, as Sir Philip Green has agreed to pay 363 million pounds into the BHS pension scheme as part of a cash settlement with the Pensions Regulator.

Green's payment comes months after the demise of BHS, during which the pension fund for the high street company was left insolvent. It sees the billionaire Arcadia boss fulfilling the pledge he made last June to "sort" the gap in BHS pension fund during a parliamentary inquiry into the collapse of BHS. MPs have since accused Sir Philip Green of being a "a billionaire spiv who has shamed British capitalism" and voted in favour of having him stripped of his knighthood.

In a statement released today Green explained he made a "voluntary contribution of up to 363 million pounds to enable the trustees of the BHS Pension schemes to achieve a significantly better outcome than the schemes entering the Pension Protection Fund (PPF)," a move which was the main goal from the outset. He added that the Pension Regulator and trustees of the BHS fund were "satisfied" with the deal made and had in turn dropped all legal proceedings which aimed to secure compulsory payment from him.

Green also apologised to the BHS pensioners affected over the last year for the uncertainty cause, "which was clearly never the intention when the business was sold in March 2015." "I am also happy to confirm that any of the pensioners that have faced cuts over the last year will now be brought back to their original BHS starting level pension and will all be made whole. I hope that this solution puts their minds at rest and closes this sorry chapter for them."

Frank Field, Labour MP who chairs the Work and Pensions Select Committee, who co-led the parliamentary inquiry into BHS demise was pleased with the settlement reached. "I very much welcome this out-of-court settlement, which is an important milestone in gaining the justice for BHS pensioners and former workers that we have been pushing for since beginning our inquiry into the downfall of BHS," he said in a statement. "I think there are a lot of other issues which are not solved by this which we will obviously be looking at and the courts and everybody else will be. It is not justice, but it is a milestone."

BHS fell into administration back in April 2016, after Green sold the retail chain for one pound to Dominic Chappell, a former bankruptee. 11,000 workers lost their jobs and their pension fund was in danger with a deficit of 571 million pounds.