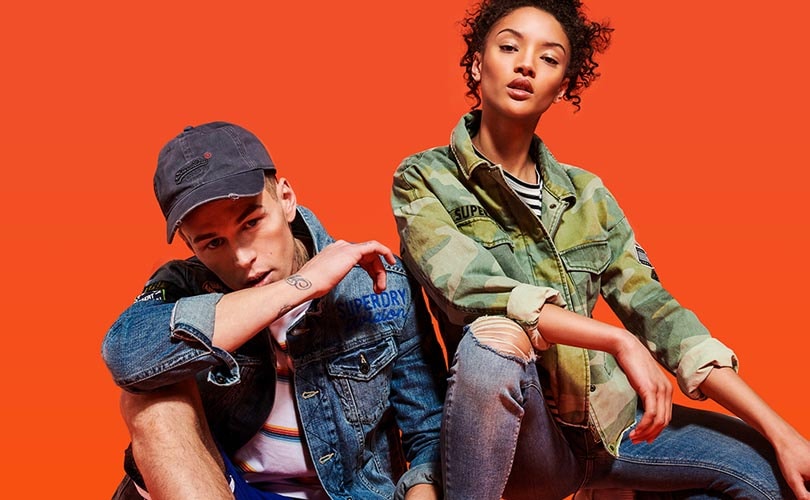 Commenting on the company’s full year results, Euan Sutherland, the company’s Chief Executive Officer, said in a statement: “Superdry has delivered another good year of brand revenue and profit growth as we have sharpened our focus on our successful global digital brand strategy. While the consumer environment remains challenging, we are confident that Superdry’s reputation for quality, design detail and strong value for money, underpinned by our continued investment in the business, leaves us well placed.”

The company said, Superdry continues to benefit from the relative weakness of sterling, and this foreign exchange impact was approximately 60bps in the fourth quarter of the year, store-based revenues remained under pressure. In addition, throughout the fourth quarter revenues were impacted by snow disruption in key markets and lower year-on-year average temperatures at the start of the spring/summer season.

Superdry added that disciplined expansion through all of the brand’s eight channels to market continues. Developments during the year included new localised ecommerce sites introduced in the US and Switzerland, a 24 percent increase in the number of Superdry franchise locations, with 75 franchise stores opened across 33 countries in the year and wholesale relationships in eight new markets.

The company added that the brand’s development in China remains in line with plan and underlying performance in the USA continues to be encouraging. As highlighted previously, performance in the US store base continued to be impacted by both landlord construction disruption affecting four existing stores and lower-than-anticipated tenancy levels in two key new locations.

The disruption in these six stores plus the accelerated investment in bringing the company’s US wholesale operation in-house has, Superdry added, led the US business to make a loss of approximately 3 million pounds (4 million dollars) rather than its previous guidance for a small profit in the full year.

Primarily reflecting the impact of two aspects of previous guidance, the company said, full year gross margins are anticipated to have declined year-on-year by approximately 200bps. These key drivers are the dilutive impact of the strong growth within its capital light wholesale channel, together with the investments made through planned clearance activities to reduce the overall carrying level of inventory.

Full year statutory profit, Superdry added, will be affected by a non-cash impairment charge of approximately 7.2 million pounds (9.7 million dollars) in respect of the brand’s last flagship store investment, in Berlin Kranzler, which was made in 2015.

During FY19, the company expects to generate high single-digit statutory revenue growth, led by double-digit growth in our capital light wholesale and ecommerce channels, as per its stated ambition, while managing ongoing challenging conditions in stores.