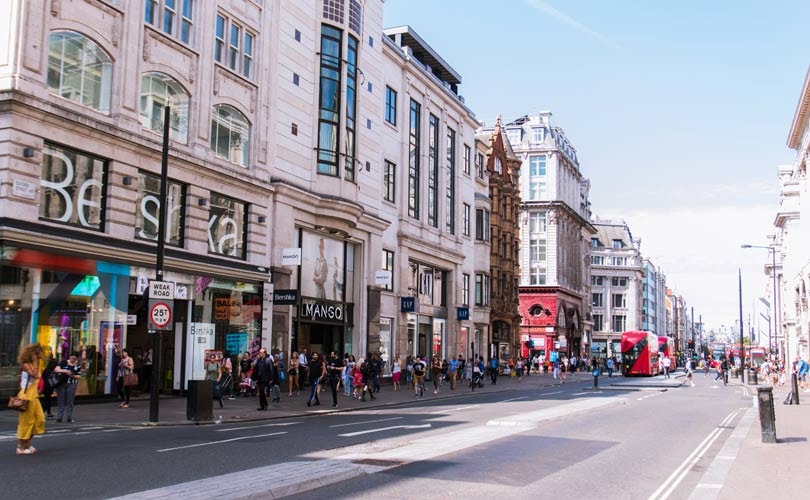 London - A record number of stores disappeared from the UK’s top 500 high streets in 2018, according to PwC research compiled by the Local Data Company (LDC).

In total, 3,372 shops opened, compared to 5,833 closures, meaning that the high street saw 2,481 store exits in 2018, compared to 1,772 stores in 2017. This marks the largest full year net decline, and represents 16 stores a day closing, as increasing cost of occupancy, shift to online and subdued consumer spending take their toll.

The research also reveals that the number of store openings by multiple retailers on the high street has dropped by 17.4 percent year-on-year with the current rate of openings at nine stores per day. This also represents a 44 percent decrease from the 16 stores per day opening in 2013.

While store openings dropped to 9 a day, almost half the levels of 5 years ago, which PwC states is due to “structural changes in consumer habits”.

Lisa Hooker, consumer markets leader at PwC, said in a statement: “The results are clear - 2018 was a turbulent year for retailers with a number of high profile store closures. We saw an acceleration in footfall decline on the high street with businesses continuing to see the impact of online shopping, increasing costs and subdued consumer spending.

“It’s interesting that the marked reduction in openings has accelerated the net closure trend. In categories as diverse as fashion and financial services, new entrants are able to gain share by launching online - enabled by technology and consumer adoption of mobile and e-commerce - rather than be saddled with the costs and risks of opening on the high street.”

On a category basis, only 15 out of 100 business types showed a net growth in outlets numbers, and only five categories showed net growth in double digits. Categories traditionally amongst the risers in previous years, such as coffee shops, food to go, takeaways, jewellers and beauty shops, have all seen net declines in 2018 as overcapacity and economic conditions took their toll.

The roll out of gyms leads the growth categories, as high streets begin to pivot away from retail, while other growth categories were dominated by entertainment and indulgence with bookshops, ice cream parlours and cake shops all in the top five.

The top 10 declining business types are dominated by retailers and service businesses, most impacted by the shift to online, added PwC, and include fashion and electrical retailers, many of which have lost share to prominent online retailers.

Greater London saw the largest number of store closures in 2018

Greater London saw the largest number of net closures across all the regions, with fashion retailers closing the most in the capital (-79 units). Scotland was the only region to see a drop in its net closures, dropping from -148 in 2017 to -119 in 2018. Wales was the best performing region, posting the lowest overall net decrease in chains of -59.

Lucy Stainton, senior relationship manager, head of retail and strategic partnerships at The Local Data Company, said: “The two regions that were previously less susceptible to market challenges, Greater London and the South East, are now the two that have been hit the hardest by store closures.

“However, there are still green shoots breathing life into this sector with brands trialing new grab-and-go concepts. It will be increasingly important for leisure operators to be agile to keep their offer relevant. Bricks and mortar has a strong future - but not as we know it. Stores and shopping destinations will continue evolving to better serve consumer demand, integrating as part of an online channel.”

Hooker, added: “The high street of the future will be a more diverse space, not solely dependent on stores. The analysis reflects this with the net growth of gyms and sports clubs, ice cream parlours and cake shops, in addition to initiatives to bring more shared office spaces and homes into what were traditionally shopping areas. However, it’s clear that the rate of openings is not currently enough to offset the closure of traditional retailers and services, so some tough decisions will need to be taken in the next few years.”