London - High street fashion retailer Select proposed Company Voluntary Arrangement (CVA), which counts 183 stores across the UK, has been approved by 94 percent of its creditors.

Select reached unanimous support for its proposed CVA during a meeting held in central London on Friday morning. Under the terms of the deal, no stores will be shut, which sees nearly 2,000 roles saved. Instead, Select is seeking rent reductions of up to 75 percent from its landlords and aims to carry out a number of other cost-saving measures.

Select previously filed its proposals for a CVA at the high court last month, after appointing advisers Quantuma to oversee the process. The CVA proposals were formulated by the directors of Select, together with the assistance of partners Andrew Andronikou, Andrew Hosking and Carl Jackson from Quantuma.

"The proposal primarily seeks to obtain the approval from a number of the company’s landlords to accept a reduction in rent for some stores with an option to take back loss-making sites, which appears to reflect the current prevailing issues for businesses trading on the high streets," said Andrew Androniku in a statement. 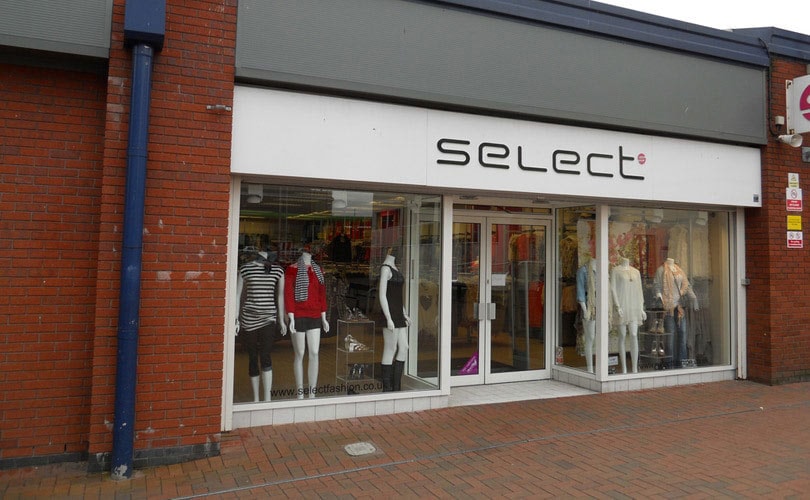 "The company is committed to protecting employment and following the acceptance of the proposal, will seek to continue to operate all of its UK sites," he added. "In doing so, this should provide stability to landlords and staff with further costs savings to be achieved via economies of scale and a controlled review of operational costs and structures to be conducted outside of the CVA proposal."

Select, which offers fast fashion targeted at women between 18 and 35, also trade online and operates out of its own warehouse facilities. Owned by Genus UK, the fashion retailer has struggled over the past few months as it grappled with increasing difficult trading conditions. Genus UK reported a loss of 1.5 million pounds with sales of 81 million pounds for the year to June 2016. A CVA was seen as one of the only solutions for the brand.

"We look forward to working with the creditors in the near future in order to pay their dividend and are delighted that the acceptance of the proposal should see some 2,000 jobs preserved in the UK retail sector," concluded Androniku. Select's CVA follows on from fellow high street fashion retailer New Look, which previously received approval for its CVA earlier this year. However, unlike Select, New Look is set to close 60 stores as part of its arrangement.