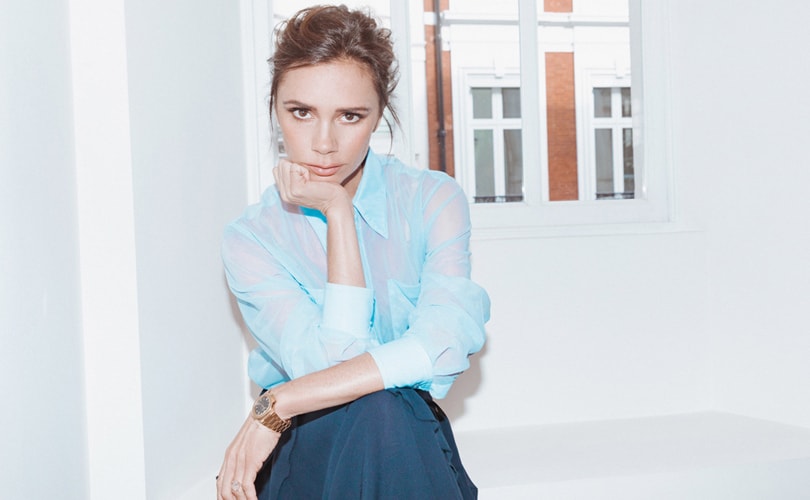 The private investment firm, which specializes in luxury brands such as Ami Paris, Tom Dixon and Valextra, has taken a minority stake in Victoria Beckham Limited, valuing VBL at 100 million pounds. The fashion label is set to use the investment to strengthen its digital and physical retail presence, extend its core categories, which include ready-to-wear, accessories and eyewear, and move into new categories as well as future collaborations. Part of the investment from Neo Investment Partners will also be used to fund VBL move to new premises in West London next spring.

"Partnership and collaboration is incredibly important to me - working with an amazing team has been the root of the success of my business over the past ten years,” said Victoria Beckham, founder and creative director. “Neo is the perfect partner to now accompany us on the next step of our journey: they understand my vision and my wish for the company to retain its independence, as well as my commitment to continuing to develop the brand with a unique, forward-thinking approach. I am hugely excited to be working with Neo.”

"Victoria Beckham is one of the most exciting entrepreneurs I have the pleasure to work with,” added David Belhassen, founder and Managing Partner, Neo Investment Partners. “She is an inspiration to millions of women around the world and she has built a unique, differentiated luxury brand with a strong identity and very high potential. I am delighted to be working with her and her team to reach the brand's full potential."

Since its launch in 2008, Victoria Beckham Limited has been entirely independent. It is part of Beckham Brand Holdings, which is equally one by Victoria Beckham, David Beckham and Simon Fuller’s XIX Entertainment. Over the years the brand has grown, launching e-commerce in 2013, and opening its first brick and mortar store on Dover Street in 2014. At the moment Victoria Beckham operates two flagship stores in London, as well as one in Hong Kong, which opened in 2016. The fashion brand is sold through 400 stockers worldwide in more than 50 countries, as Beckham and Fuller have expanded the brand over the years.

"I am so proud of Victoria's success and all of the hard work that has gone into building the business over the past ten years. I am sure the next decade will be even more exciting,” said David Beckham, shareholder, Beckham Brand Holdings. Victoria Beckham reported global revenues for the year ending December 2016 of 36 million pounds, as well as a double-digit growth year on year for the first half of 2017, as business continued to grow.

"This is a hugely positive time for Victoria Beckham. The continued growth and potential has never been so dynamic. This partnership with Neo will enhance our immediate plans and allow us to expand across all areas of the company with new categories and stronger retail and digital presence,” commented Simon Fuller, shareholder, Beckham Brand Holdings. “2018 promises to be the most exciting year yet with the tenth anniversary celebrations and a move into new premises."