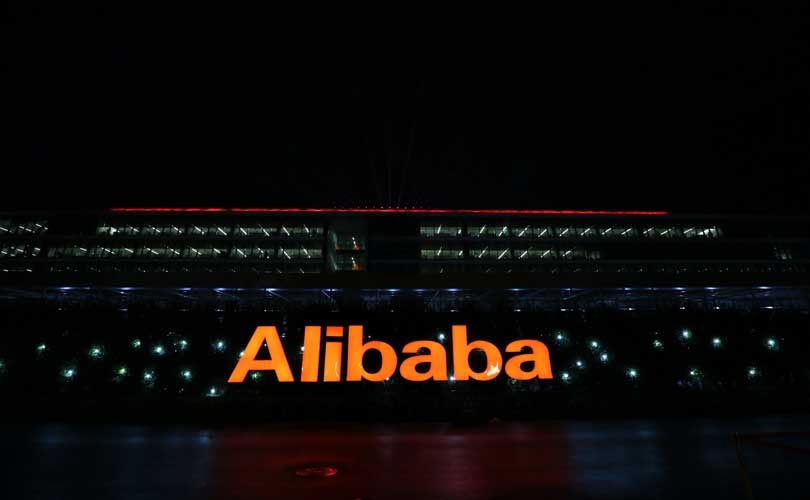 Chinese e-commerce giant Alibaba said Thursday its net profit almost doubled in the latest quarter on the back of soaring growth in online shopping.

Alibaba, which has made billionaire founder Jack Ma one of China's richest men is a dominant player in online commerce and its robust earnings highlight the strength of the sector even as the country's broader economy sputters. Net profit attributable to ordinary shareholders soared 98 percent from a year ago to 10.65 billion yuan (1.55 billion USD) in the quarter ended March 31, the company said in a statement.

That was on the back of a faster-than-expected 60 percent surge in revenue to 38.58 billion yuan -- a key figure for gauging China's increasingly important consumer sector. Flushed with cash, Alibaba said it had authorized a 6 billion USD buyback to take place over two years.

"Our robust results demonstrate the strength of our core businesses, as well as the positive momentum of our emerging businesses, including cloud computing, where we continue to see strong growth," said Maggie Wu, Alibaba's chief financial officer. Full-year net profit fell 39 percent to 43.68 billion yuan, dragged down by a weak performance in the first six months of the year.

Alibaba's Taobao platform is estimated to hold more than 90 percent of the consumer-to-consumer market. Its Tmall platform is believed to handle over half of business-to-consumer transactions. But China's largest online shopping portal has been on the defensive since the office of the US Trade Representative put Taobao on its annual blacklist in December, saying it was not doing enough to curb sales of fake and pirated goods.

Alibaba often compared to eBay or Amazon of the United States, has been expanding outside of its core e-commerce business into sectors ranging from sports to entertainment. In October Alibaba Pictures took a minority shareholding in Steven Spielberg's Amblin Partners, a film creation company that includes DreamWorks studios.

Revenue from digital media and entertainment soared 234 percent year-over-year in the quarter to 3.93 billion yuan. "Investors will be paying attention to Alibaba's top-line growth guidance for next year," Ray Zhao, an analyst at Guotai Junan Securities, told Bloomberg News.

"Alibaba has done a lot of acquisitions this past year, so revenue growth might not be as fast as people expect." The results came after Ant Financial Services Group, which is controlled by Alibaba and valued at roughly 60 billion USD last April, reportedly delayed its highly anticipated public listing.

Ant is behind Alipay, a platform that accounts for 80 percent of electronic payments in China where it is used for e-commerce at Alibaba online venues and a large number of mobile applications. Mobile monthly active users on Alibaba's China retail marketplaces reached 507 million in March, an increase of 97 million from a year earlier. (AFP)