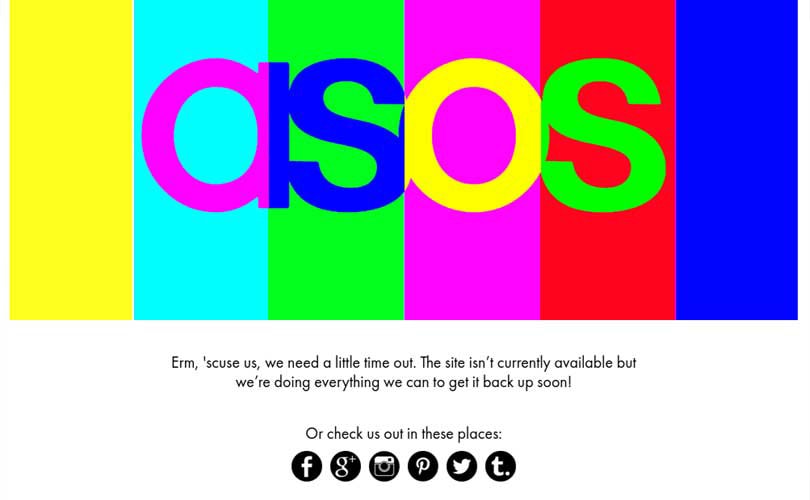 Asos and Net-a-Porter take steps ahead of Brexit?

UPDATE: Asos has responded to reactions that it has taken its website down as a precaution to the Brexit. According to the fashion e-tailer blackout on the website and app has nothing to do with the Brexit, but is due to a power error.

"Yes, the site is down. This is because of a power outage at a third party data centre that hosts our servers. This has impacted other businesses hosted by the centre," commented a company spokesperson. "Our tech team are working hard to restore services which involves replacing damaged hardware. That’s why it’s taking longer to get back online. We are keeping our customers informed on social media."

The website and app have been down for at least 9 hours now.

It seemed as if Fashion e-tailers Asos and Net-a-Porter may have already taken steps to protect themselves from any potential negative fallout caused by the Brexit.

Asos has taken down its entire website and disabled its app following the historic EU referendum yesterday, which saw the majority of the UK vote in favour of exiting the EU. "Erm, 'scuse us, we need a little time out. The site isn’t currently available but we’re doing everything we can to get it back up soon!" wrote Asos on a holding page. Asos Marketplace, a platform which allows third party vendors to sell their goods online, was still accessible during the first few hours of the British retailer's blackout, but now both websites are offline.

Net-a-Porter.com has also reportedly removed the option to pay in pounds. Although the prices are still displayed in pounds, users are unable to pay in the currency upon checkout, according to BNR, blocking those who had hoped to make a designer purchase and benefit from the exchange rate now that the value of the pound continues to drop.