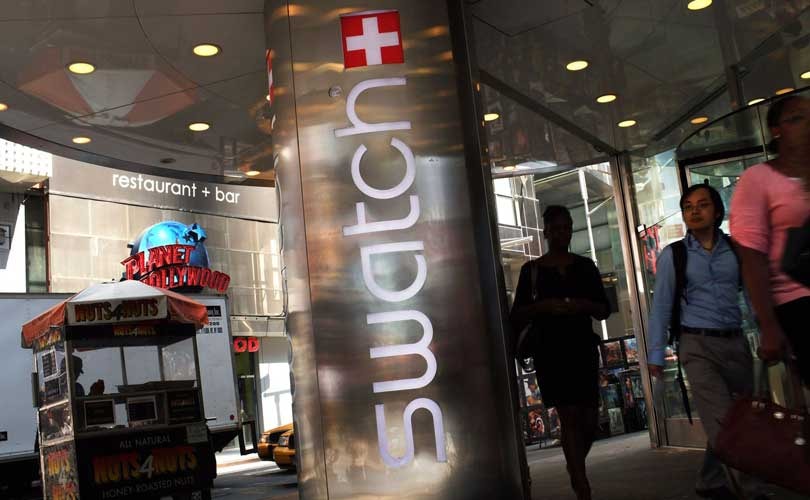 Swatch makes up for lost time with record sales

Swatch, the world's top watchmaker, on Wednesday announced an all-time record in half-year sales, saying it has millennials to thank for bringing wristwatches back.

Swatch is best known for its brightly coloured plastic-cased watches, but also owns several luxury brands including Breguet and Omega.

Long the world's biggest watchmaker, Swatch has for years seen sales tumble as consumers around the world embraced the smartphone and smartwatch revolutions.

But the tide seems to be turning, driven by strong demand in Asia and North America, the Swiss giant said. "Consumer demand, particularly from millennials, for authentic innovative brand products is greatly increasing on a worldwide scale, regardless of region or price segment," Swatch said in a statement.

"Impressive acceleration in both sales and quantities sold was reported across the board by all brands and in all price segments, not only in the prestige and luxury segment, but also in the middle and basic price segment," Swatch said.

"All regions contributed to the best first semester sales in the history of the Group, led by Asia with very high growth rates," it added. "In North America, a double-digit sales increase was also recorded." Swatch had a bad year in 2016, when Swiss watchmakers saw sales drop by 10 percent after a more than 3 percent fall in 2015.

The company returned to growth in 2017, driven by online sales.(AFP)