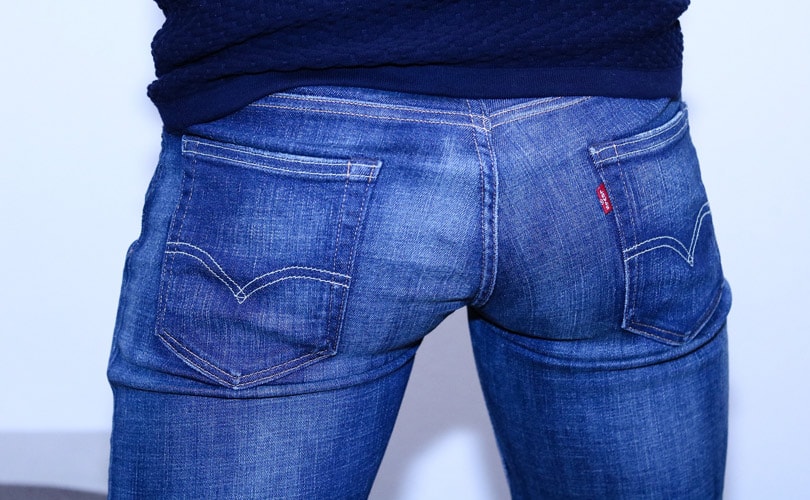 The US-EU trade war: a blessing in disguise for EU fashion and cosmetics companies?

Brussels - In retaliation for US President Donald Trump’s safeguard measures imposed on steel and aluminium imports from the EU to the United States, the European Commission took steps to neutralize these measures. As of 20 June 2018 it will be increasing taxes up to 25 percent on US products, including cosmetic preparations, t-shirts, trousers and denim, as well as men’s footwear, whisky, bourbon, tobacco, cranberries, etc.

In fact, with its new Commission Implementing Regulation (EU) 2018/724 of 16 May 2018, the European Commission is suspending the tariff concessions made under the GATT, thus allowing additional duties on these imported goods, to the extent that they originate from the United States.

Given the relevance of these additional import duties for many of our FashionUnited-readers, being fashion and cosmetic companies and retailers, some frequently asked questions on the practical implications of this regulation are responded to by our experts at hand.

1. What is the goal of these measures and will they succeed?

In reaction to US President Donald Trump threat to impose 25 percent tariffs on steel imports and 10 percent on aluminium earlier this year, the EU Trade Commissioner, Cecilia Malmström, drafted and submitted a list of product categories which would be covered by higher import duties when originating from the United States. In March 2018, the list was sent and consented to the World Trade Organization, ready to be implemented upon notification of the White House’s decision to go through with the tariffs. On 16 May 2018, the EU Commission adopted the official Regulation.

The financial consequence of the increased steel and aluminium tariffs by the Trump administration is estimated at 2.8 billion euros. The ultimate aim of the EU retaliation measures is to penalise imports from the United States to the same value. Of course, such measures will also disturb the commercial activities of various US companies, thus aiming to raise political pressure on Trump from these industries. Some sources even insinuate that the list of product categories was directly aimed at Trump-favourable companies to make a political statement.

It is rather questionable whether these measures will succeed with respect to the fashion industry. As will be explained in the next question, the definition of goods “originating from the United States” implies that the goods have been manufactured in the United States. Many of the bigger US companies, such as Levi’s, however do have several production plants all over the world. Rather than supplying their jeans to their European Union retailers from their US production facilities, they could (easily) opt to change the source of their products, thus avoiding the increased tariffs. The manufacturers of products such as bourbon, tobacco and cranberries, on the other hand, will be feeling a much greater impact on their business.

2. Which products, and which brands are particularly involved?

As mentioned in the introduction, the list of product categories is long and includes cosmetic preparations, t-shirts, trousers and denim, as well as men’s footwear, whisky, bourbon, tobacco, cranberries, to the extent that they “originate from the United States”.

Although it remains to be seen and depends of the specific product category how exactly this criterion, “originating from the United States” will apply, the established principles of customs law provide that a product originates from a certain territory to the extent it has been wholly manufactured or “lastly substantially transformed” in that territory. Acts of substantial transformation do not include labelling, packaging, affixing the logo or brand on the product etc. The concept of “substantial transformation” refers to a process or operation which confers to a product specific properties and characteristics which it did not possess before such process or operation. With respect to jeans, clothing and cosmetics products, generally having a rather complicated production cycle, the meaning of “substantial transformation” can be up for debate. To the extent that the last substantial transformation occurs in their production facilities outside the United States, manufacturers will be able to mitigate the negative effects of these measures.

3. What will the consequences be for the local, European fashion/jeans brands?

The exact consequences for the fashion, and in particular the jeans and cosmetics industry, remain to be seen. Depending on the implications on retail prices (cf. question 4), the prices of local European fashion/jeans/cosmetics brands might become more interesting and advantageous in comparison to US brands, to the extent of course their products are manufactured in the US. Most local European manufacturers of jeans, t-shirts and cosmetics will be pleased with the measures that have been put in place and might seize this a unique opportunity to expand their market share in the EU.

However, as mentioned above, the exact consequences will really depend on the amount of trade diversion that will occur. If, in the most likely scenario, global denim companies would be able to switch production and import from elsewhere, then the positive implications for EU companies might be rather limited. If, on the contrary, the US companies would not have production facilities outside the US or switch to import from third countries, EU fashion or cosmetics companies might benefit as a result of this measure.

4. How long will these measures stay in place?

The EU Regulation does not provide for a deadline or a maximum duration of the trade measures imposed. Therefore, in theory, the suspension of the concession and thus the increased trade tariffs are allowed and remain imposed until the dispute with the US on aluminium and steel duties will end at the level of the WTO, which might take several years at least. It is impossible to say when, if at all, this will happen.

With other words, until US President Trump changes his mind and withdraws his decision to impose higher import duties on aluminium and steel coming from the EU, some EU fashion and cosmetics brands might benefit from this situation.

* Also known as the General Agreement on Tariffs and Trade. This multilateral treaty (a legal agreement between many countries worldwide) has an overall purpose to promote international trade by reducing or eliminating trade barriers such as tariffs or quotas.

**Written by Judith Bussé and Lorenzo Di Masi , attorneys of Crowell & Moring. Crowell & Moring LLP is an international law firm with a fashion law practice representing clients across the United States as well as in Europe. Crowell & Moring assists clients in the fashion industry with a variety of legal issues, including intellectual property and trade law. They regularly advise on the valuation and exploitation of IP rights, assist clients with filing applications for trademark, design patents, and copyright, as well as litigating and enforcing such rights.