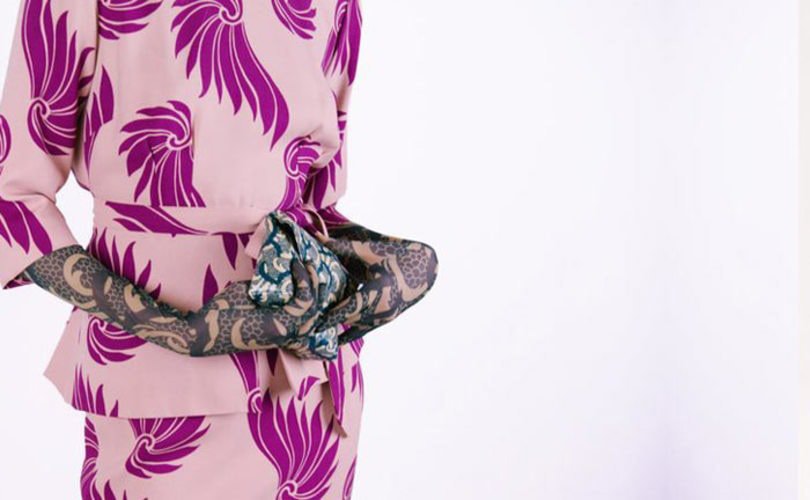 6 Fashion Films & Documentaries to Watch in 2018

London - The fashion industry has produced its own pearls of beauty and wonder within the field of cinematography over the years. Considering the fact that the two sectors are both visually driven, it seems only natural that film in fashion go hand in hand. Whether they be in the form of a documentary, a short movie or a fashion-focused comedy (The Devil Wears Prada ring any bells?) there is something about a film celebrating the best or worst of fashion that captures viewers hearts and minds like no other. 2018 is set to become the year of the Fashion Film, which is why FashionUnited has listed its top 6 fashion movies, documentaries and series set to launch next year.

The turbulent life and the tragic death of legendary designer Alexander McQueen remains a source of inspiration for film and documentary makers to this day. Which is why the rise and fall of the British designer, couturier and multiple winner of the British Designer of The Year Awards is set to be the focus of not one but two productions next year (and potentially a third). The first is a feature length film, directed by Andre Haigh which aims to explore the late designer’s creative process in the month leading up to his 2009 retrospective show. Still untitled, the film will stat Jack O’Connell as McQueen. The second is a full-length documentary entitled “McQueen” and directed by Ian Bonhote. The documentary will focus on the life of McQueen, looking at how he “rose from Savile Tailor’s apprentice to become one of the most celebrated and controversial fashion designers in the world.” Lastly, a another film entitled “The Ripper” is said to be works which aims to study the relationship between the late designer and the late Isabella Blow, a leading fashion editor and patron of McQueen. An exact release date for all three productions has yet to be confirmed.

The sudden murder of Gianni Versace, founder of Italian fashion house Versace, outside of his beach house in Miami in 1997 shook the entire fashion industry. The mystery and violence surrounding his tragic death has captured the attention of millions, which makes it a logical story for producers and writers to use as a source of inspiration. Following the success of the ten-part series “The People vs. O.J Simpson: American Crime Story” from FX comes the next part in the tv series “The Assassination of Gianni Versace: American Crime Story.” This nine-part series aims to follow the series of events which led up to the murder of Gianni Versace as well as the aftermath, while trying to remain as close to the real life event as possible. However, as the true motive behind Andrew Cunanan reasons to murder Versace remain unknown, it is likely that American Crime Story creator Ryan Murphy is likely to take some artistic liberities when filling the blanks and creating more backstory. The series is set to star Édgar Ramírez as Gianni Versace, Ricky Martin as his partner Antonio D'Amico and Penelope Cruz as his sister and business partner Donatella Versace. The first episode of the series is set to air January 17, 2018.

‘The Gospel According to André’

"I do not live for fashion. I live for beauty and style,” is one of the first things André Leon Talley says in the opening of the documentary focusing on his life, inspiration, and career. Former editor-at-larger for American Vogue, his unique view on fashion and appreciation of beauty has ensured his front row seat at all the major fashion shows for the past 25 years. In the new documentary, which follows Talley’s remarkable rise in the fashion industry, as well as his mission to help diversify the industy, veteran fashion insiders such as Anna Wintour, Tom Ford, Marc Jacobs and Valentino take turns discussing their relationship with Talley. The documentaty has already been screened at a number of international film festivals around the world but is set to be widely released to the public next year.

Unlike the previous fashion films which are based on true stories, the film ‘Phantom Thread’ follows the fictional story of Reynolds Woodcock, a renowned British designer living in post-war London during the 1950s. Woodstock is part of the creme-de-la-crème of the British fashion industry: his creations are eagerly anticipated and worn by the upper classes of the population, such as members of the royal family and actresses. In addition to fashion, Woodcock has a taste for beautiful women, who tend to come and go in his life. Until he meets one lady, Alma, who turns his whole world upside down when she become both his muse and his lover. Starring Daniel Day Lewis and Vicky Krieps, the film has already been nominated for 2 Golden Globes and is slated for public wide release March 1, 2018.

The first feature-length documentary covering the life and career of iconic British designer and activist Vivienne Westwood is set to launch next spring. Entitled "Westwood: Punk, Icon, Activist" and shot by Lorna Tucker, the feature-length documentary aims to celebrate the designer's achievements in the fashion industry as well as her cultural influence. Also known as the ‘Queen of Punk’, Westwood is seen as one of the leading founders of the punk sub-culture in the UK in the 1970s. The documentary also aims to highlight the turbulent life of the British designer and her relationship with Malcolm McLaren, designer and former manager of the popular band Sex Pistols. The upcoming documentary is set to be screen at the Sundance Film Festival on January 20, 2018 under the 'World Cinema Documentary Competition' before the UK wide release on March 23, 2018.

‘The Times of Bill’

‘The Times of Bill’ is a new feature-length documentary examining the life and career of legendary NYTimes street photographer Bill Cunningham. The new documentary aims to follow the rise of his street-style photography as well as his private life. A humble man, Cunningham carved out a name for himself in the fashion industry after cycling through New York in his instantly recognizable blue sweaters and jackets, in search of one of a kind outfits, paving the way for street-photography. The documentary includes interviews with the iconic man himself, as well as never before seen photographs and images of the late photographer, who passed away in 2016. Written and directed by Mark Bozek and narrated by actress Sarah Jessica Parker, it also includes animations by Ruben Toledo and song by supermodel Pat Cleveland, underlining the ongoing influence Cunningham has within the fashion industry. The documentary is set to launch sometime in 2018.