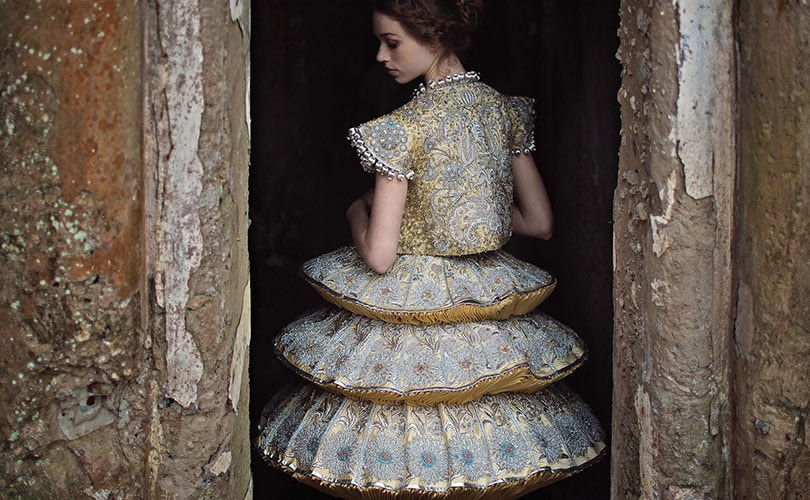 Savannah College of Art and Design (SCAD) has announced they will be presenting the first solo exhibit of couturier Guo Pei's designs opening September 7 and continuing until March 4, 2018 at SCAD FASH Museum of Fashion + Film.

The exhibition will feature more than 30 of Guo Pei's gowns, along with footwear and accessories. The most notable piece in the exhibit will be the design that put Pei on the map, her now iconic imperial yellow cape that Rihanna wore to the Met Gala in 2015. While Pei had enjoyed years of admiration in China, this was the dress that made her a household name among America's fashion elite.

Guo Pei to get solo exhibit at SCAD

In conjunction with the exhibition, SCAD is also producing a monograph celebrating Guo Pei's storied designs. The book, the first to focus solely on Guo Pei, will feature captivating new and archival images of the designer's work and offer insight into her remarkable career and global significance as an artist. The volume will be published by Skira Rizzoli and is slated for release in December 2017.

"International superstar fashion artist Guo Pei is in a league of her own, as is SCAD, the preeminent source of knowledge in the disciplines we teach," said SCAD president and founder Paula Wallace. "It is our honor to partner with Guo Pei and with our friends at Rizzoli to publish the first grand compilation of her work as part of the SCAD Museum Book Collection. Readers will become immersed in the ethereal, magical world of Guo Pei and the wonders she creates."

A concise, complementary exhibition of Guo Pei's work will open in October 2017, at Pei Ling Chan Gallery in Savannah, Georgia.