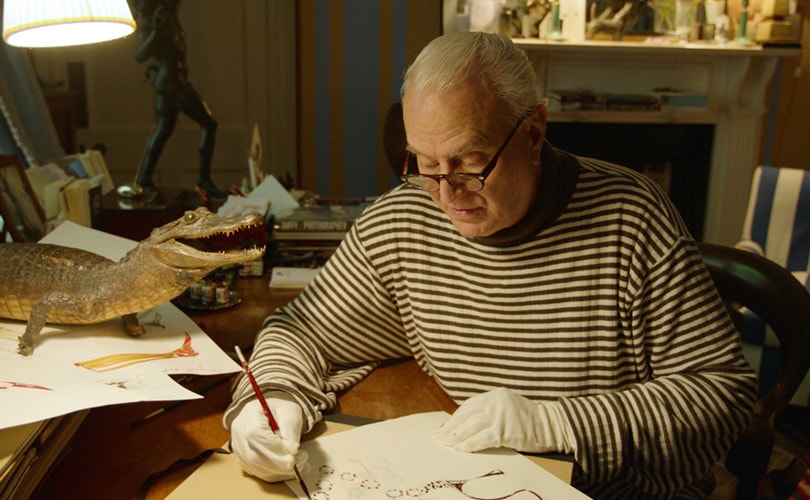 The Life & Career of Manolo Blahnik:'The Boy who made Shoes for Lizards'

London - Women around the world all recognize the one of kind feeling you get when you put on a pair of Manolo's.

Manolo Blahnik, for those less familiar with the footwear designer, has been hailed as the 'King of Shoes' for the past four decades, as everyone ranging from editor-in-chief at American Vogue Anna Wintour to supermodel Naomi Campbell and singer Rihanna swear by his designs, and his designs alone. "I can't even remember the last time I wore anyone else's shoes - I don't even look at them," proclaims Wintour in the trailer for the new documentary 'Manolo: The Boy who made Shoes for Lizards.'

Directed by British fashion writer, artist, and life-long friend Michael Roberts, the biopic is set to premiere on September 15. The film features archival footage, intimate interviews with Manolo himself as well as interviews with fashion insiders, such as Anna Wintour. photographer David Bailey and designer John Galliano. To mark the launch of the documentary, FashionUnited's shares some of the high points from Manolo Blahnik life and career.

Homepage photo: Manolo Blahnik in Manolo: The Boy Who Made Shoes for Lizards. Courtesy of Music Box Films