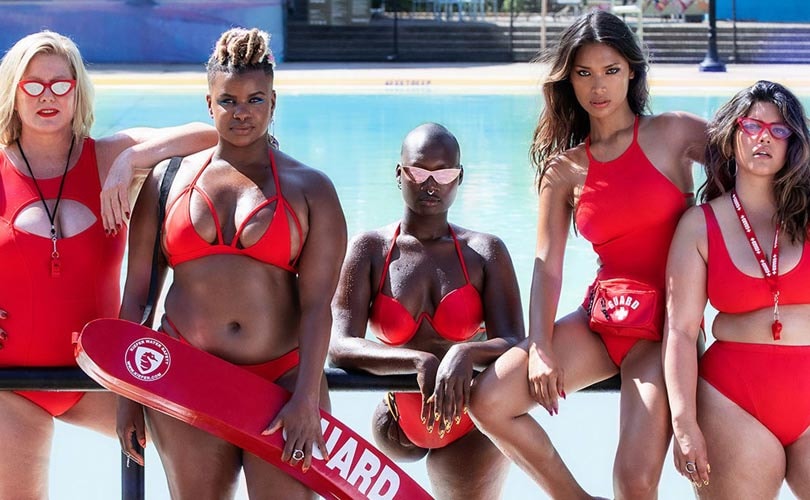 When Chromat's Becca McCharen-Tran unveiled the brand’s spring 2019 collection at New York Fashion Week on Friday, she also put forth a powerful message.

As several companies join the effort to offer more inclusive variations of clothing, Chromat’s showcase during the semi-annual event concluded with models strutting down the runway sporting T-shirts that read "Sample Size." The bold move served to symbolize the dominating size standard models have often had to conform to in order to wear pieces by high-end designers in shows. 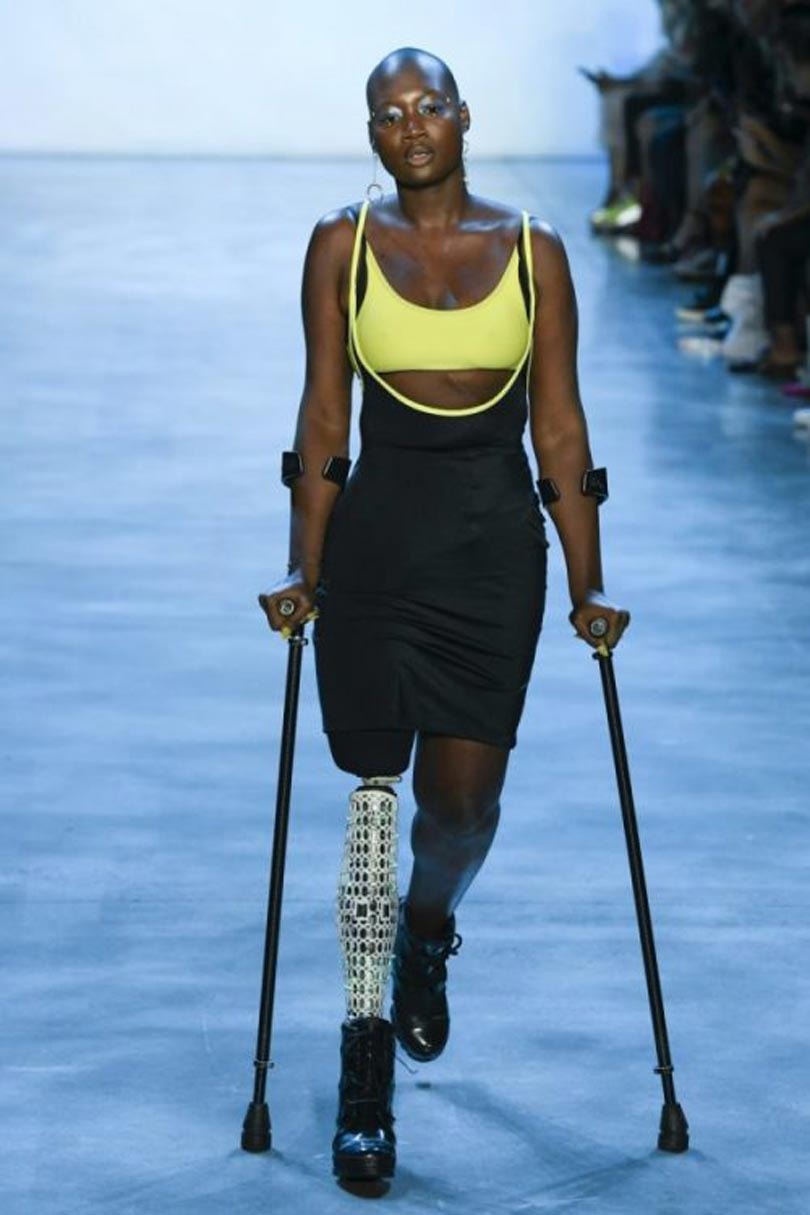 Women of varying shapes wore the tops at a time when studies have shown only 0.4 percent of plus-size models are cast in Fashion Week events.

This season, the athletic wear brand’s exuberant show also featured women in hijabs, breast cancer survivor Ericka Hart, who bared her double mastectomy scars to the cheering crowd, and Mama Cax (making her NYFW debut) - who wowed in a yellow and black swimsuit while wearing elegant white knitwear over her prosthetic leg. 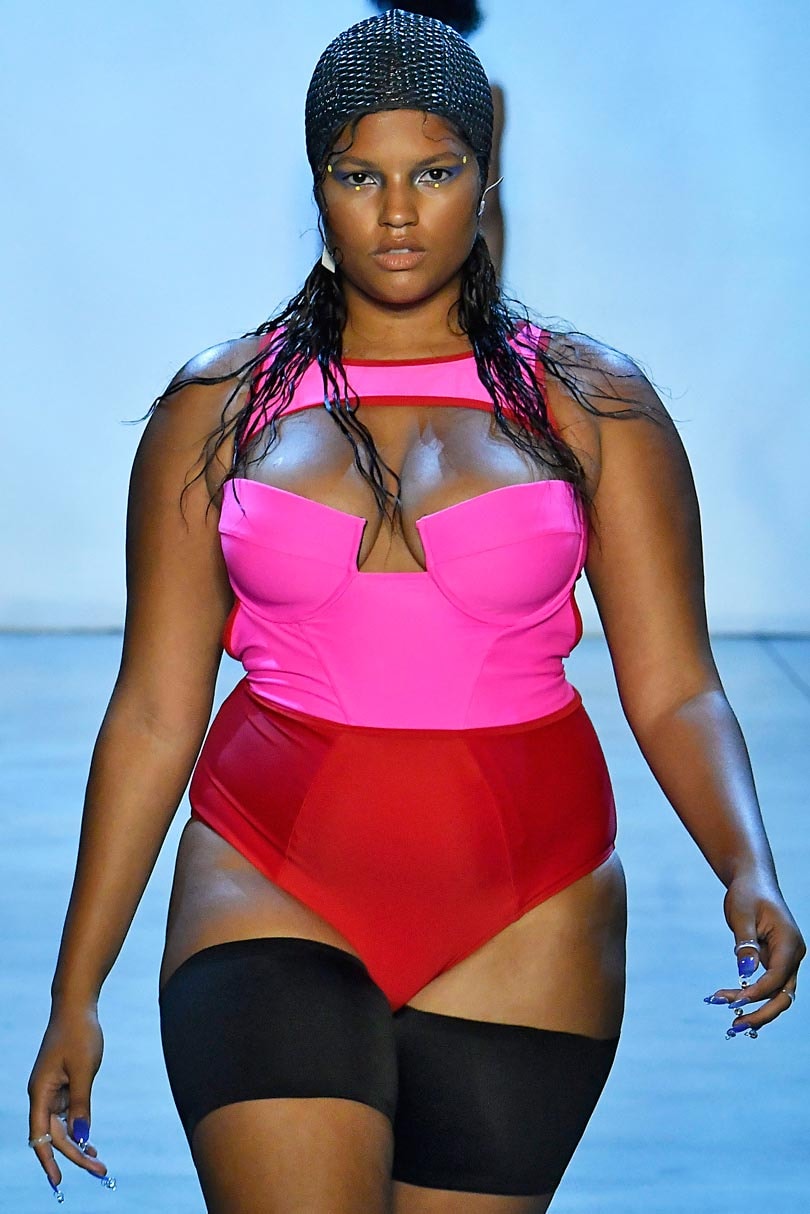 The 28-year-old has become a revered figure when it comes to promoting body positivity. Battling bone and young cancer since the age of 14, the star has given a voice to those with disabilities, appearing on magazine covers and in various high profile photo spreads. 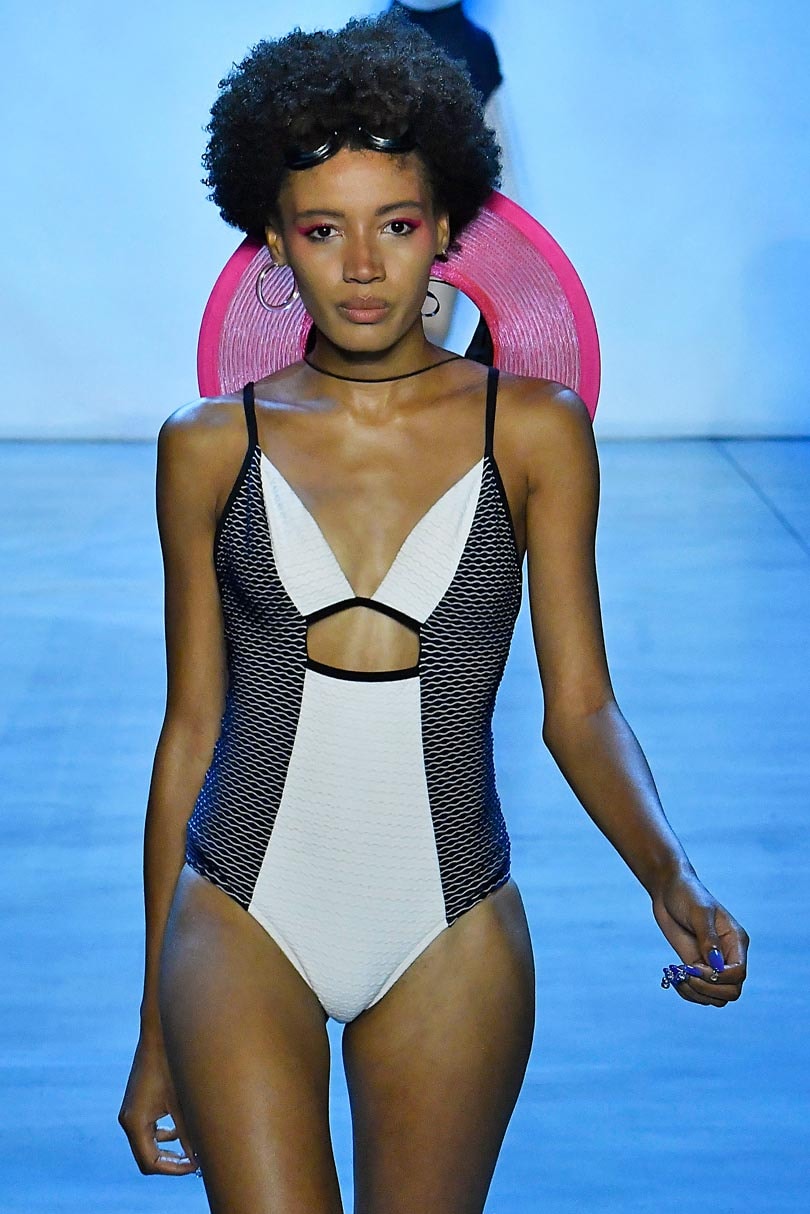 In a similarly defiant act earlier this year, Tran made it a point to feature women of varying appearances, cultural backgrounds, sizes and heights - as we as transgender models - who are seldom seen on the catwalk. 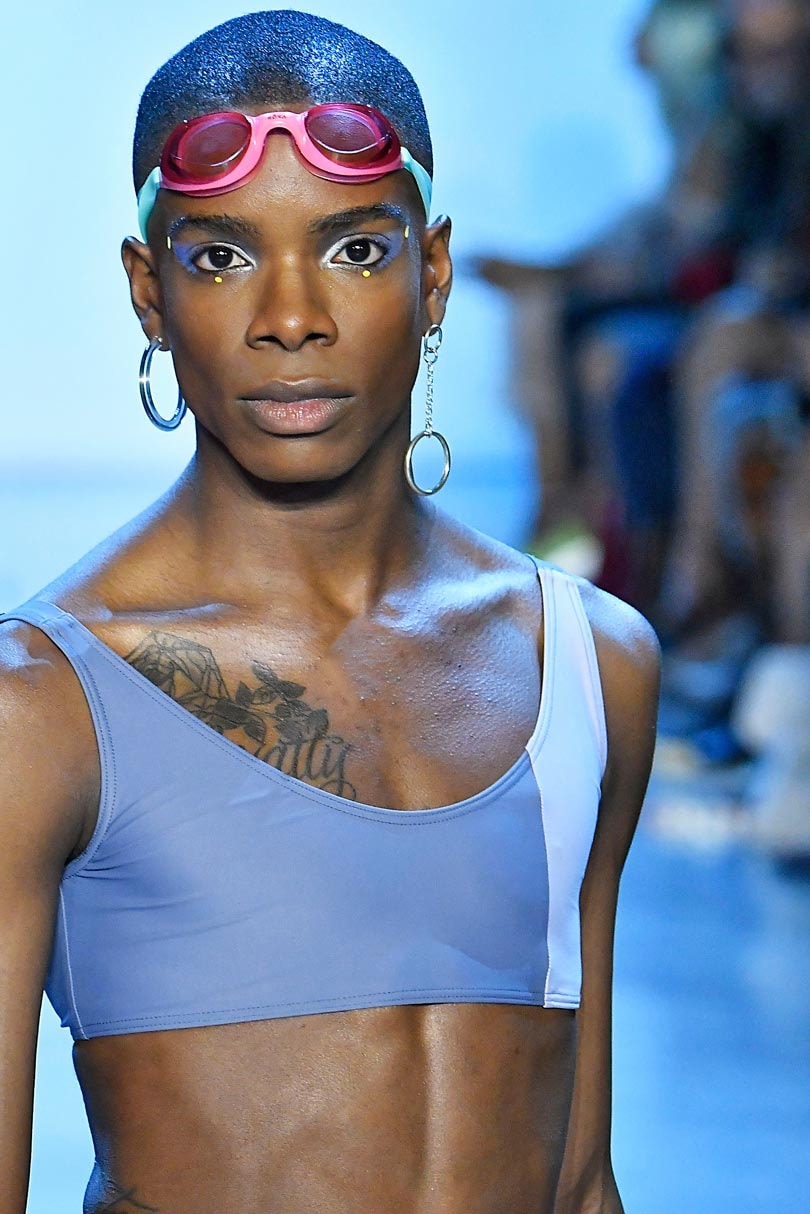 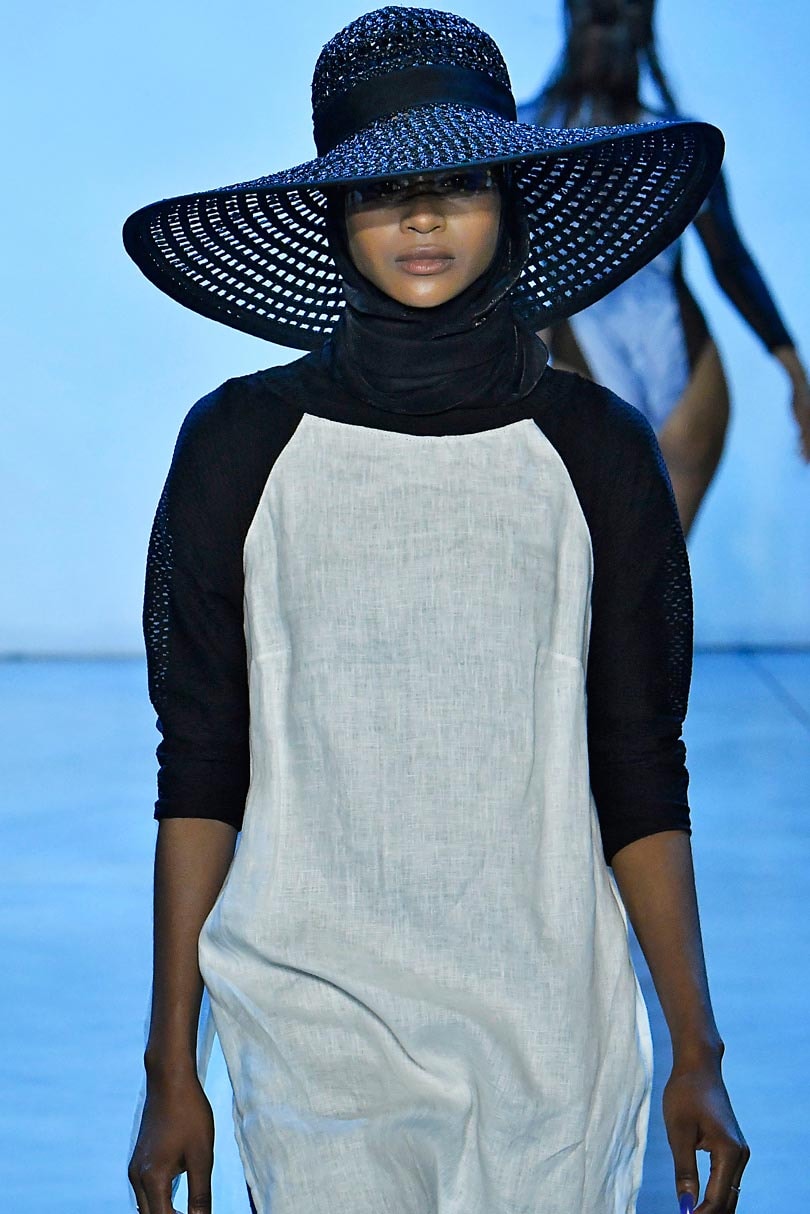 photos courtesy of the brand