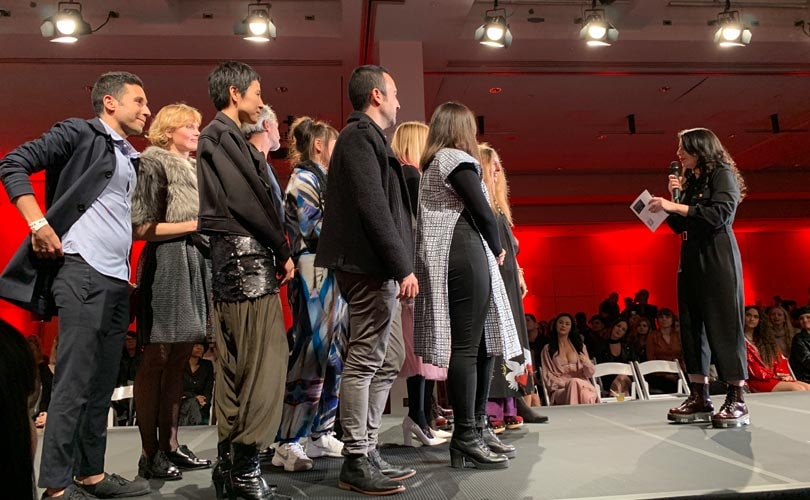 With just a few more days left before the Fall 2019 shows begin for New York Fashion Week, which kicks off the start of a busy fashion month, the first-ever Vegan Fashion Week makes its grand debut in Downtown Los Angeles on February 1. Organized by Emmanuelle Rienda, the founder of creative agency Le Frenchlab and an animal rights advocate, the weekend included a series of events for designers, media and influencers, as well as the public, to attend and learn more about the animal rights movement in the fashion industry.

“It’s really amazing, and I believe that’s the message. We really try to be inclusive,” Rienda shared with FashionUnited on the occasion’s diverse audience. “We don’t want to do a vegan [specific] event. We want to do a mainstream event where we show people what is possible; we want them to know that we can have high-end products full of compassion and love for all species and all beings on this planet.”

Vegan Fashion Week launched with an intimate soirée on Friday night at the Museum of Natural History, where guests experienced a first look at select pieces created by animal-free designers from around the world. These pieces would also be part of the main fashion show, which occurred inside the California Market Center’s Fashion Theater the following night. The show, which had attendees lined up around the perimeter of the center’s lobby, also allowed guests to enjoy plant-based cocktails from Los Angeles’ Café Gratitude and small bites catered by raw vegan chef Marie-Sophie L, the founder of L’Instant Cru. 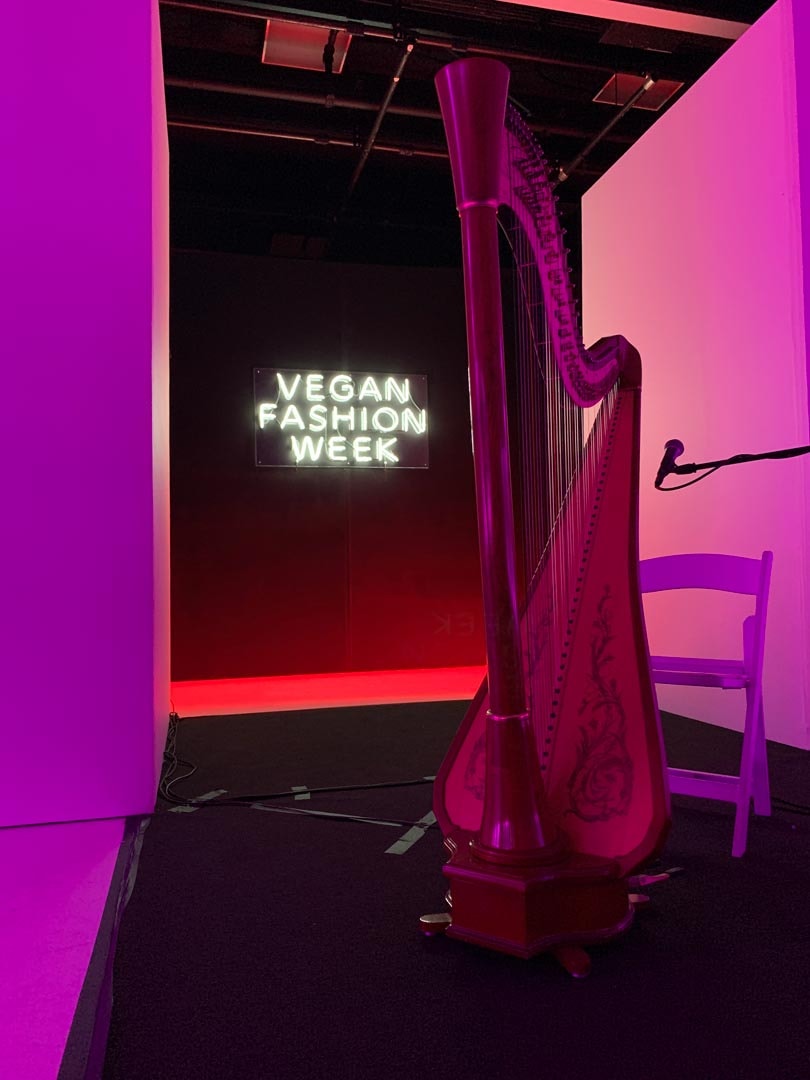 The inaugural fashion show began with a musical performance from Naomi Greene, a contemporary harpist and songstress, who performed a short set of songs. Soon after, models from Margaux the Agency, a boutique agency with a passion for the vegan lifestyle, began to walk down the runway. The line-up featured avant-garde designs featuring faux-leathers made from pineapple fibers and apple skins, as well as other items made with sustainable practices such as natural dyes and recycled materials. With a runway that showcased items ranging from faux-leather capes and faux-fur coats to ball gowns, knitwear and accessories, Vegan Fashion Week exhibited the wide variety of animal-free clothing from its diverse group of designers.

“Vegan Fashion Week is going to exist until every fashion house decides this is the norm,” she said. “There is no room for cruelty or for ways of doing fashion that is polluting this planet.”

As for the future of the event, Rienda has no plans of slowing down, expressing her intentions to make veganism part of the mainstream fashion industry and culture. “Vegan Fashion Week is going to exist until every fashion house decides this is the norm,” she said. “There is no room for cruelty or for ways of doing fashion that is polluting this planet.” 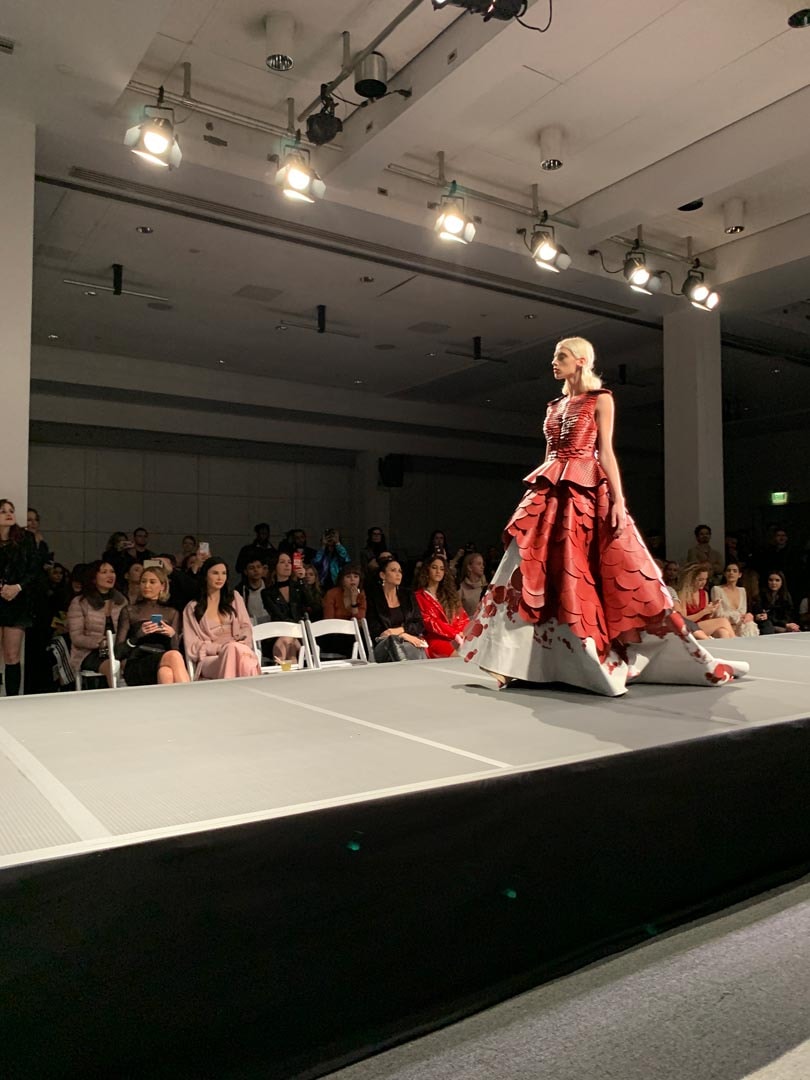 Rienda plans to continue using Vegan Fashion Week as a platform to help promote brands to a larger audience, but also as a way to raise awareness for animal rights. “We believe if we all come together, we have a greater impact,” she shared. “But, this is also activism, because we put people together that don’t have the same final product.” Rienda explained that the participating designers fall on a broad spectrum of vegan, with some being fully vegan while others are fully sustainable but have yet to produce fully vegan products. However, according to Rienda, the primary goal with each of the brands is interaction and collaboration, with the result of redefining the concept of veganism. “What’s important is to put all these people together and [encourage] them to change technologies, innovations and to really come up with ideas to [create] the best way possible.”

During the day on February 2 and 3, designers and other exhibitors had the opportunity to chat with media, buyers and consumers about their brands, sharing the methods they use to create their products as well as how they started creating cruelty-free fashion, at the Vegan Lounge inside the California Market Center. Exhibitors in the lounge included clothing and accessories designers, skincare and beauty brands, along with vegan food companies and more. Attendees could also participate in panels that discussed the biggest issues regarding major issues in the fashion industry such as animal rights, social justice and more. 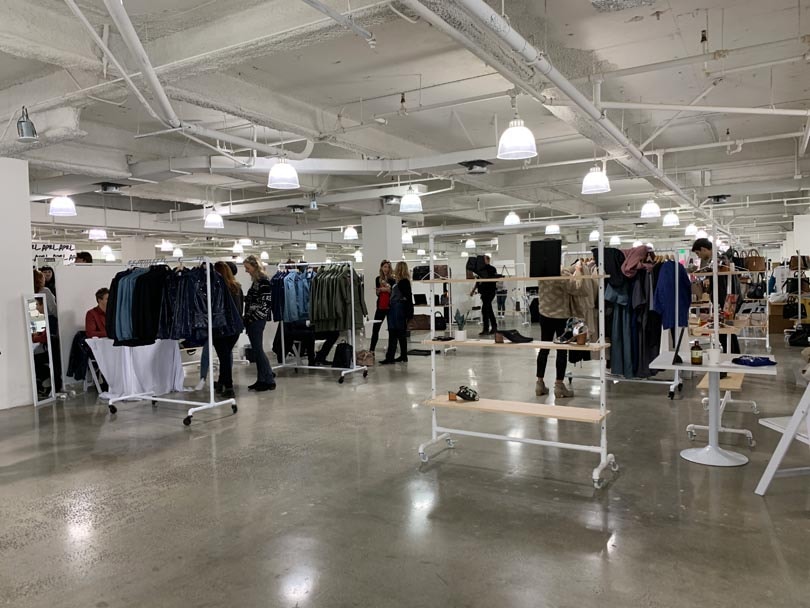 Rienda expressed her adoration for each of the designers participating in this year’s Vegan Fashion Week, highlighting the New York-based Japanese designer Ran Enda, who once held positions at major fashion labels including Ralph Lauren and Diane von Furstenberg before starting her eponymous line, ENDA. “[Enda] was in a very comfortable position [at Ralph Lauren]. Because of her values, she decided to quit and start her own brand,” Rienda said, explaining how for most of the designers, veganism is a lifestyle that affected them to change how they approach the fashion industry. “That’s what I really love about these people—they’re designers, but they’re true. They’re honest and they’re not afraid to go against the masses with their products to show what’s best.”

According to the Rienda, the decision to launch in Los Angeles was a simple one. “[Los Angeles] is the largest city that has banned fur and animal testing, and most recently foie gras. I believe California is ready for the strong message and protecting the animals,” she said. “I also believe that Los Angeles could be the capital for high-end ethical fashion—I believe we could be the ethical avant-garde sector.”

As the event finishes with a private fundraiser on February 4, Rienda plans to take Vegan Fashion Week around the world, showcasing international designers dedicated to cruelty-free fashion.