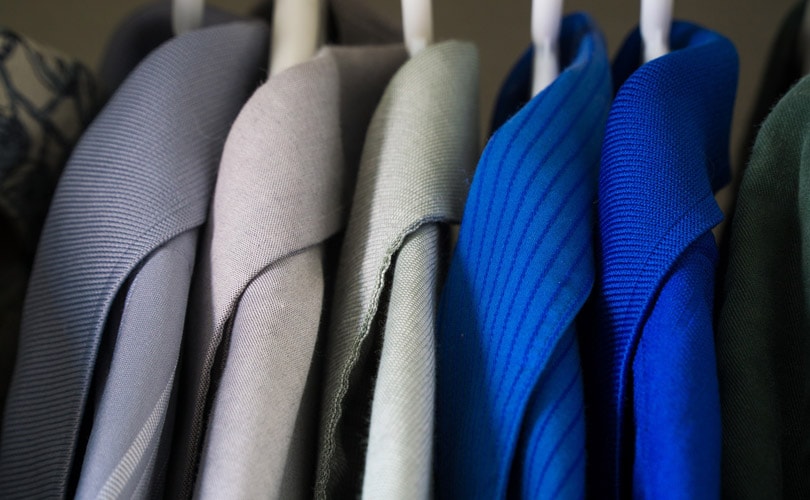 People do not wear at least 50 percent of their wardrobes, says study

We all know most people don’t wear every single piece of clothing they own. But the percentage of clothes that go unworn is a lot higher than most consumers think. A study with 18,000 heads of households in 20 countries, conducted by relocation and removals company Movinga, revealed that the majority of consumers around the world are highly delusional about how much they own versus how much they actually wear.

Surveyors were invited to answer the following question: “what percentage of your wardrobe hasn’t been worn in the last 12 months?”. Then, the researchers compared the perceived quantity of clothes not worn to data collected directly in households. Based on this comparison, the company has ranked 20 countries according to their “delusion level”.

Belgians and Americans wasting the most clothes

Even though Americans’ delusion levels are not among the highest (39 percent), they do have the second highest percentage of unworn clothes: 82 percent of their items never saw the light of day last year.

Canada, Switzerland and Norway also scored pretty badly when it comes to the percentage of unused clothing items, with the first two countries at 79 percent and the latter at 77 percent. The UK also presented shocking numbers: as much as 73 percent of their clothes were never worn last year.

“With the oceans becoming ever more polluted with plastic, and the fast fashion industry bigger than ever, it’s time to start encouraging individuals to reconsider whether they really need more stuff”, said Finn Age Hänsel, Managing Director at Movinga, in a statement. 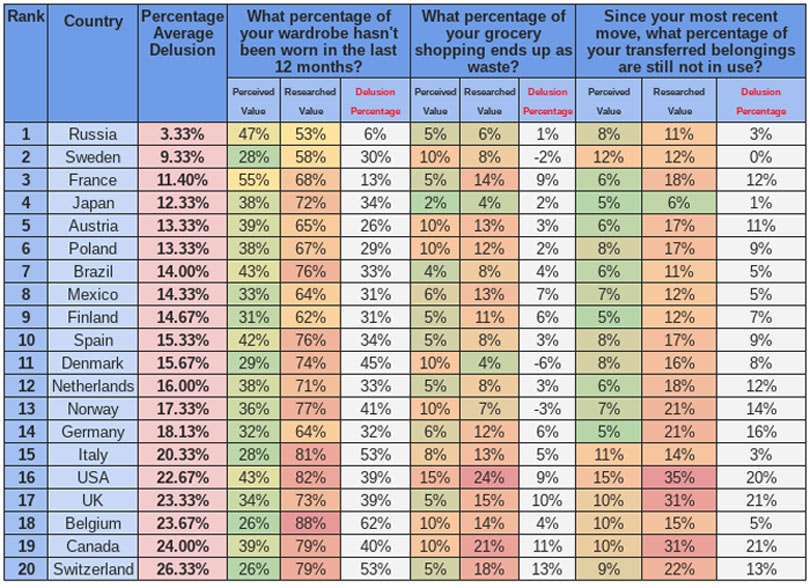