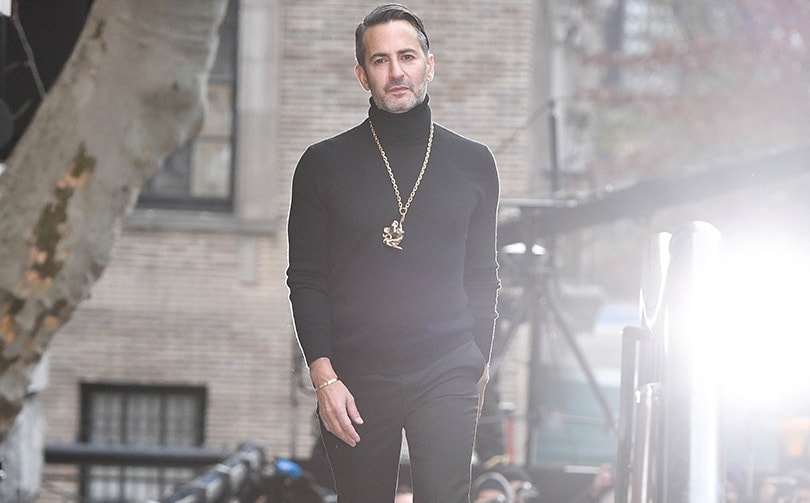 Two designers on Covid, one leads while the other grieves

“I am in a process of grief right now, for how I used to do things, for the process I knew,” Marc Jacobs told Edward Enninful during the first of the Vogue Global Conversations this week. Quarantined in a suite at Manhattan’s Mercer Hotel, he admitted that the future makes him fearful and while reliving the past certainly isn’t the answer, he’s struggling to connect with the present.

He went on to explain, “This isn’t a place for me of creativity. I work within a team. It feels like a terrible episode of Black Mirror.” Within his company all creation is at a standstill. He is not currently designing a collection because he relies on the dynamic with his collaborators and Italian suppliers. The most active members within the Marc Jacobs organization are those fulfilling online orders.

Jacobs is also not sure if there will be a spring 2021 collection. Around this time in a normal season he would be deep within the research and development phase of the creative cycle. He has also been unable to begin production on the fall 2020 collection which was shown earlier this year in Paris to rapturous reviews. All but two of that collection’s fabrics came from Italy and as it was one of the first countries to shut down, no buyers saw the collection, no fabric orders were made, no production begun.

“We didn’t get to ride on the energy of that collection. It was all stopped. When we resume, I don’t know,” says Jacobs. “I don’t think anyone knows the answer.”

While definitive answers might indeed prove elusive at this time, one designer who spoke later during the Vogue event had already figured out a plan. Stella McCartney has not seen any dramatic halt to her business, because as she explains, “Normality wasn’t really normal, in my opinion.” The sustainable practices built into her brand which propelled her to become the leading activist/change-maker within luxury fashion meant getting used to working three years in advance. For example that was how long it took to develop her eco-friendly viscose that’s now a collection staple.

Speaking from her home deep in the English countryside, she strikes a much less mournful tone than Jacobs, noting that spring is blossoming all around her, a time of birth and newness. “I’ve been sustainable all of my life––all of my business life, at least. You need to think in advance,” she says, “to do unto the planet as you would have it do unto you.”

The proactive stoicism and sense of redressing balance at the heart of McCartney’s outlook has echoes of the British wartime initiative,“Make do and mend,” which was intended to inspire frugality and thrifty stylishness during a period of harsh rationing, a direct parallel with our global commitment to no longer deplete Mother Earth’s resources. McCartney’s unbroken momentum sits in stark contrast to Jacobs’s paralysis, but McCartney, who says her mind is always trained to disrupt, recognizes there will be a certain compulsion to revert to old ways, however damaging, just to restore some sense of routine: “We’re creatures of habit, and I fear we might get back into our natural craziness.”

Throughout fashion’s long history, crises similar to our current one have made space for fundamental change. After WWII menswear was adapted to address the phenomenon of women entering a workforce that previously excluded them, while US editors who could no longer visit the couture houses of occupied Paris suddenly paid attention to a generation of American fashion designers. The stock market crash of 1988 saw the dimming of haute couture’s elitist shine leading to the rise of brand licensing and minimalism.

Hopefully when this turmoil is in our rearview mirror, we will also view it as pivotal, this time in the quest for a more ethical compassionate industry. The movement led by McCartney will finally count her many peers, of which Jacobs is merely the one who happened to speak at the same event, whose businesses were built on models that no longer work, who are trapped within dangerous global systems they have unwittingly contributed to creating, from which they struggle to identify a way out. These two voices form part of a larger dialogue that is about to get loud but which is fueled by empathy, acceptance, and willingness to begin afresh. Jacobs put it this way: “We’re in emerge mode, we have to get through this. There’s the shock, the fear, the letting go of old ideas, then putting new ideas into work.”

McCartney puts it more confidently: “I know there’s another way, and I hope others see it too.”