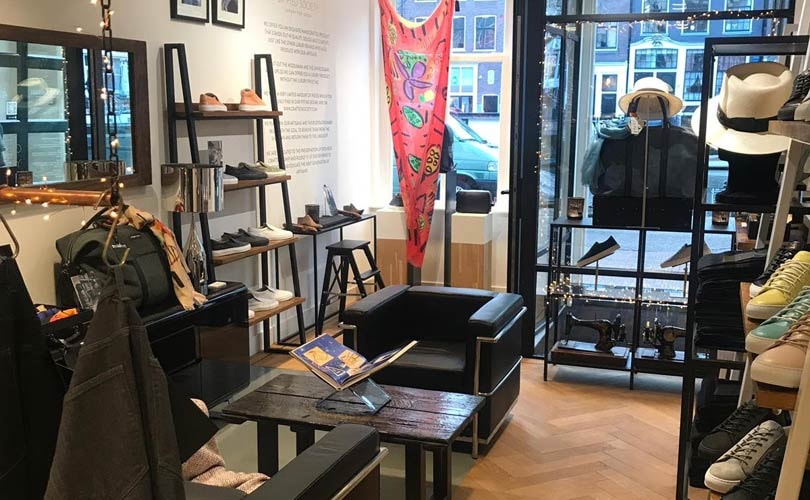 ‘Luxury for Good’: Crafted Society is on a mission to preserve Italian artisanship

”They’re kinda like Robin Hood”. That’s how Marco Cini, owner of artisanal textile company Lanificio Arca in Prato, Italy, defines his new partners, Amsterdam-based Crafted Society. Founded in 2015 by husband and wife Martin Johnston and Lise Bonnet, the luxury label offering apparel and leather goods aims to preserve and promote centuries-old craftsmanship under threat of extinction. “After all, these are the real heroes of luxury”, says Johnston.

Although Cini’s company is proud to work with some of the world’s biggest luxury brands, many of them often try to increase the profit margin by paying less to the artisans. What’s more, some labels even mislead consumers by claiming their products are “made in Italy” when part of its production has moved elsewhere -- “usually cheaper suppliers from Bulgaria and China”, says Bonnet. In addition, Italian artisans are struggling to find young staff. “I’m from a third generation of textile entrepreneurs, but many people working in my company belong to the second generation. One of my employees is 76 years old. They still have poetry in their hands, but we need young people to come and that takes time and money. Schooling doesn’t exist in our field, we have to train people”, Cini explains.

“We need to preserve a crafted society where people appreciate things made by hand, otherwise our own children and grandchildren may never be able to appreciate them”.

Crafted Society gives Italian artisans a helping hand in two ways. The first one is by giving them credit where credit is due. “We are a fully transparent company”, says Johnston. That means partners are not only disclosed on the brand’s website, but on the products themselves. All tags on Crafted Society’s products carry both the label’s logo and the names of the Italian businesses that made them. Secondly, the company donates 1 percent of its annual sales to charities promoting access to education in exquisite craftsmanship.

In the future, Crafted Society intends to set up a scholarship “to connect artisans and people in need” -- an idea inspired by American footwear brand Toms, the last company Johnston worked for before founding his own. For every pair of shoes sold, Toms donates another one to a child in need. Johnston and Bonnet also don’t discard the possibility of working with artisans from other countries. “But we will only venture into new markets when the tradition of that craft is really known. If we ever decide to sell fragrances, for example, we’ll be going to Grasse, France”.

The defense of a society where things move slower is also expressed in the label’s style. “We don’t believe in buying things for the sake of buying things, which is why all our products are made in limited quantities and we offer seasonless items that our clients will be able to wear for a long time”, explains Bonnet. 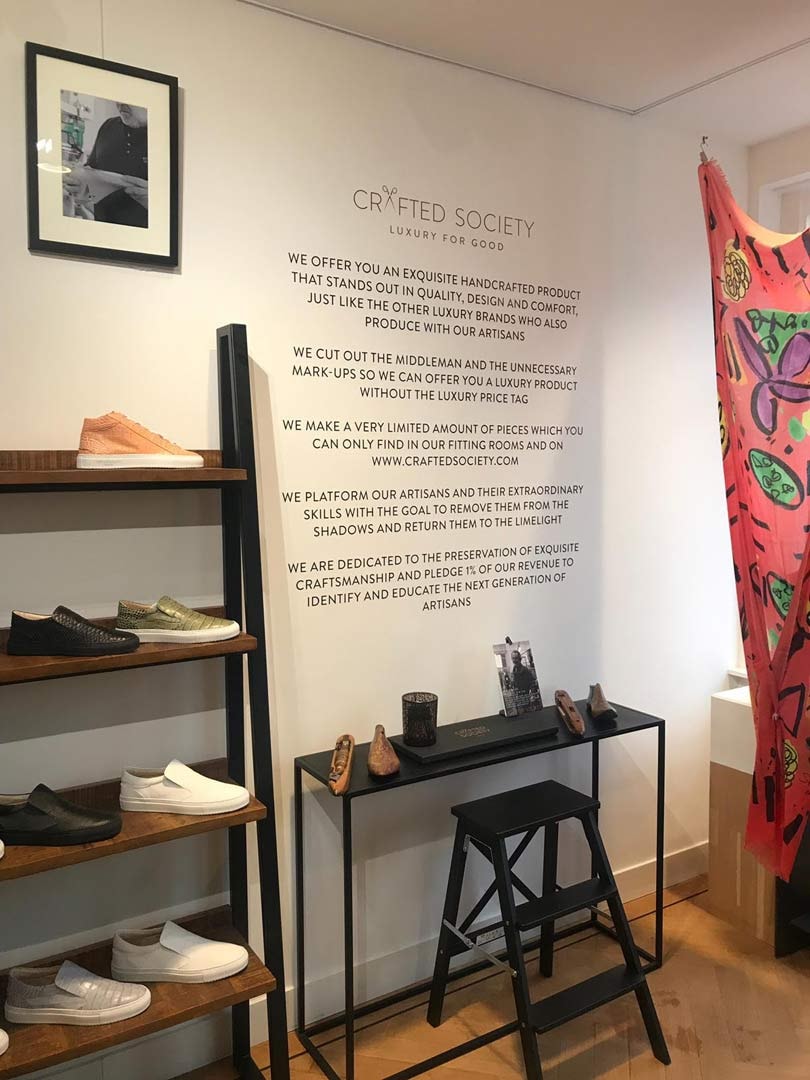 At first, Crafted Society was a pure online player, but the couple decided to have a go at physical retail last year, with a pop-up store in Amsterdam. It went so well they opened 5 other pop-ups in the Dutch capital in 2018. However, Johnston and Bonnet noticed most clients in those pop-up stores were tourists asking for purchases to be shipped to their home countries, which is why they’re opting for a showroom model for the label’s first permanent location.

Launched a month ago in the heart of the Dutch capital, the store doesn’t carry any inventory. “We think this merge of the digital world and the physical world, but in a new way, is going to be the future. The retail formats of the past are dying, it’s a fact”, says Johnston. Crafted Society’s store almost doesn't look like a store, as the space features a kitchen and the founders can often be found there for a chat. “This is like 30 years ago. This is a small little boutique and it feels very homely, very cozy. The response has been fantastic so far”, Johnston celebrates.

Although the first permanent store has just been launched, it may not take long for Crafted Society showrooms to appear in other cities. “I can now start working with my old distributors, they want to franchise this and open it up in multiple countries. So now we can start to actually scale Crafted Society from a digital and physical standpoint”, says Johnston, adding that the company is looking to expand to “key European capitals” and the United States. “At some point in the next year to two years, this brand will be perfect for the US. They have a high appreciation for Made in Italy and a high understanding of direct-to-consumer and online shopping”. Bonnet adds: “they’re used to the social aspect too. They understand the concept of using business as a force for good”.

The first connection to the US has already been established: to mark the opening of its first permanent store, the brand has launched a limited-edition scarf designed by American artist Roger Selden. Based in Milan, he's a longtime friend of Cini's. 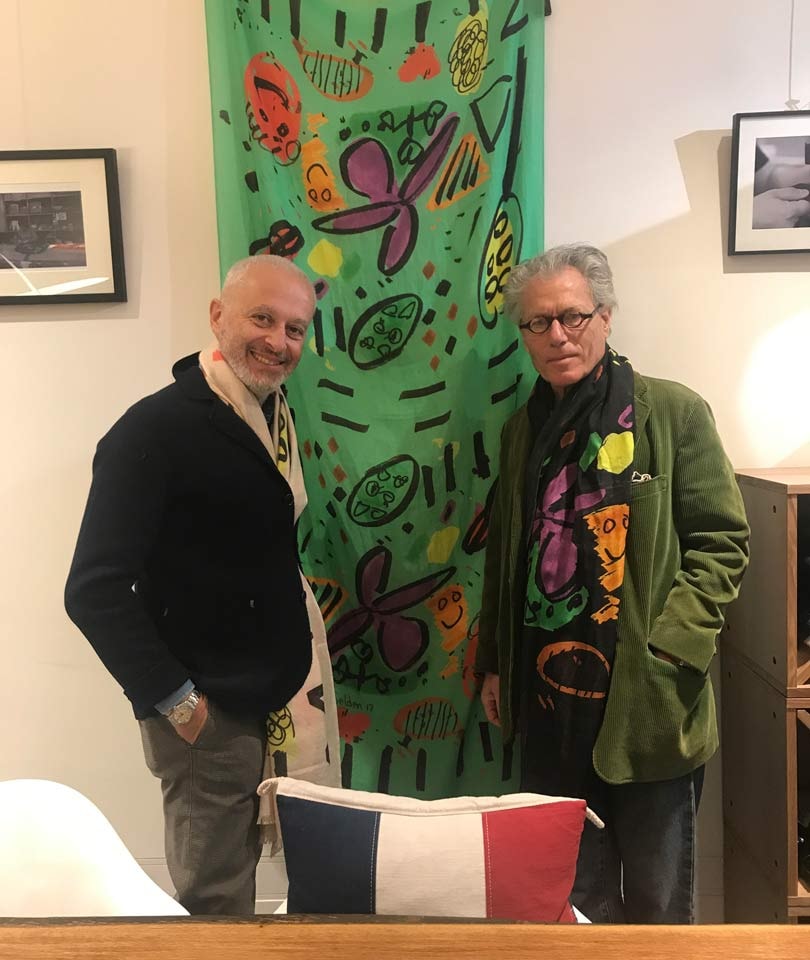 Marco Cini and Roger Selden with the scarf Selden designed for Crafted Society.

Global Fashion Stories shares inspiring stories from fashion entrepreneurs around the world, as FashionUnited believes fashion professionals can learn from one another, no matter who they are or where they are.