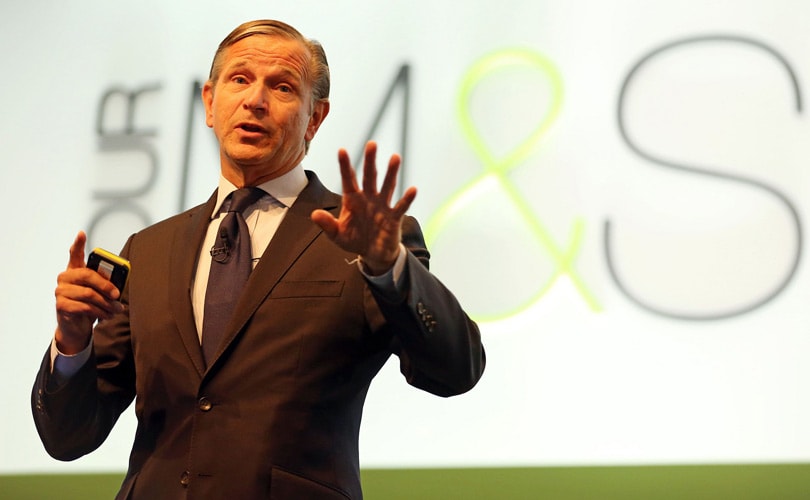 Troubled Marc Bolland faces a dire start of the New Year as pressure mounts up due to an expected poor Christmas trading at Marks & Spencer. City fears Britain's biggest clothing retailer will report a decline of as much as 5.5 percent over the third quarter in 'general merchandise' sales.

City experts warn that Marks & Spencer will post a significant decline in 'general merchandise' sales – the category that includes womenswear and men's fashions. Amongst predicted excuses, market insiders have highlighted those of warm winter weather, floods and terrorism.

It is worth of recalling that the festive season’s poor performance will nothing but add pressure to already stressed chief executive Marc Bolland, who needs to restore the company to its former position as the favourite Britons’ fashion place to go.

The latest disappointing figures will come on the back of an equally bad performance last year. For instance, and in spite of the relative success of its lingerie range by model Rosie Huntington-Whiteley, problems with a new distribution centre caused a 5.8 percent fall in sales over the previous quarter.

At the analysts side, Nomura is forecasting a 5.5 percent fall in third quarter general merchandise sales at M&S while Jefferies is predicting a drop of 3 percent.

In this vein, the City fears it could be almost as bad as last year’s. That was exacerbated by online distribution issues at the M&S.com warehouse, and analysts at Nomura predict 2015 could come close with a 5.5 percent dive for underlying sales, recalls ‘CITY A.M.’

Andrew Hughes, an analyst at investment bank UBS, said that if M&S is unable to deliver positive clothing sales against last year's poor figures then “it is hard to see when this will be the case,” reports ‘This is Money’.

Meanwhile, Credit Suisse cut its target price to 475 pence on Monday. It’s noteworthy that M&S stock has fallen 100 pence since November as the cold weather failed to arrive in the UK.