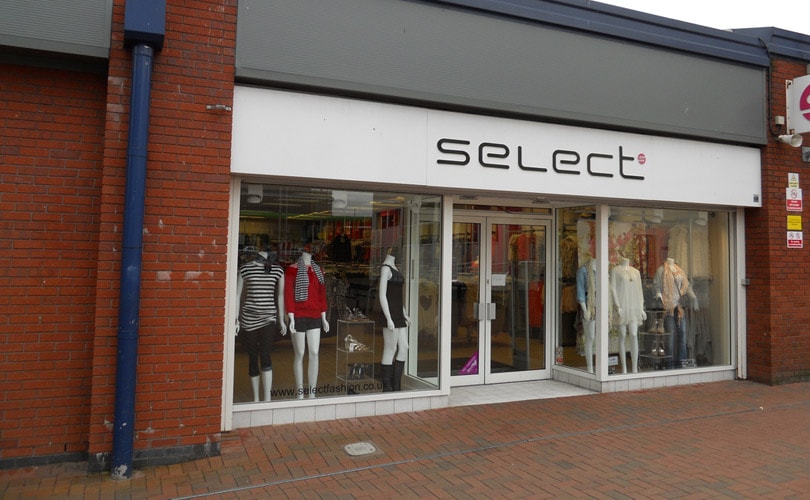 Genus UK announced it is seeking a CVA to cut rents among its 183 UK store portfolio, after appointing business advisory firm Quantuma to advise on its CVA proposals. Although Genus UK said it has no plans to close any stores, the CVA proposals include an option for landlords to take back "loss-making sites." From the 183 UK stores, approximately 50 stores will not be affected by rent renegotiations or possible closures, while 25 stores are believed to be subject to the largest rent cuts.

At the moment Select employs 1618 store employees and 132 head office workers, placing 1750 roles at risk. However Genus UK is "committed to preserving employment and, subject to acceptance of the proposal, will continue operating all of its UK sites," said Quantuma in a statement. A creditors' meeting has been set for April 13, during which creditors will vote on the CVA proposal.

"The business has suffered as a result of the depressed retail market and escalating rent and rate charges," said Quantuma partners Andrew Andronikou. "This inevitably has caused a squeeze on cash flow resulting in a cash burning for a number of years. The position for this business and many businesses of the same model is no longer tenable and has escalated to the present situation where a CVA is considered to be the only option, other than closing it in its entirety."

Select reported a loss of 1.5 million pounds on sales of 81 million pounds in the year to June 2016. However, Andronikou said Quantuma is "confident that given the current turmoil in this sector, the creditors will support the directors’ proposals and prevent another brand disappearing from our high streets." The announcement comes a week after fellow high street fashion retailer New Look creditors' approved of its CVA, resulting in 60 store closures and a loss of nearly 1000 jobs over the next 12 months.