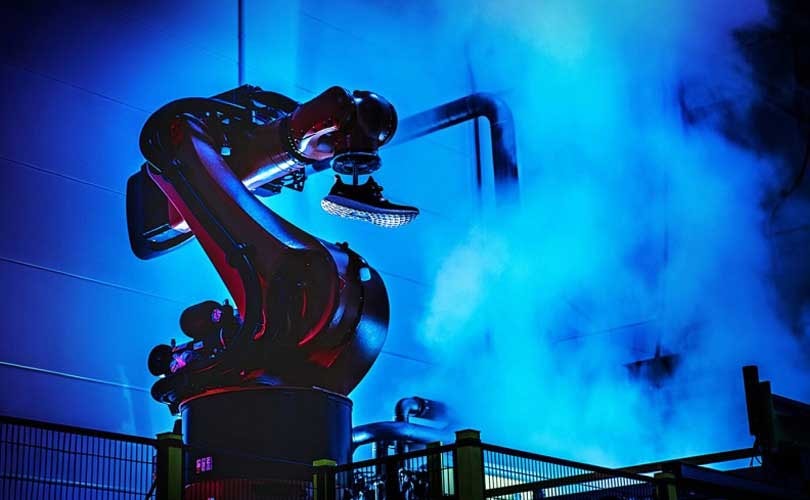 Sweating workers in stiflingly hot factories, making shoes by hand could soon be a thing of the past. At least according to German sports company Adidas. Flexibility, automation and speed is key when making the new sports shoe of the future. With its groundbreaking new Speedfactory, the sportswear giant wants to break all records.

”As a sports company, we know that speed wins. That’s why we defined speed as one of the key choices of our strategic business plan... Speedfactory combines the design and development of sporting goods with an automated, decentralised and flexible manufacturing process. This flexibility opens doors for us to be closer to the market and to where our consumer is. Ultimately, we are at the forefront of innovating our industry by expanding the boundaries for how, where and when we can manufacture our industry-leading products,” says Adidas CEO Herbert Hainer.

More than half a year ago, the German sportswear giant had announced its first automated footwear factory and promised the inaugural concept shoes comprising 500 pairs of running footwear to hit the ground in the first half of 2016. This will not happen until autumn but Adidas presented yesterday, on Tuesday, 24th May 2016, a first glimpse of the new Speedfactory together with its strategic partner, Oechsner Motion GmbH. Remarkable is that the innovative factory is not located somewhere in Asia but in Bavaria's Franconia region, a mere 50 km away from Adidas' headquarters. 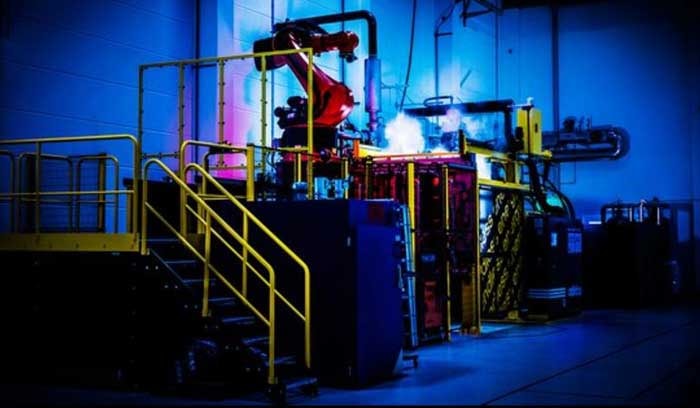 ”With the Adidas Speedfactory, we are revolutionising the industry. It’s a constantly changing world out there and our consumers always want the latest and newest product – and they want it now. That’s what Adidas Speedfactory delivers, starting right here in Germany, with best-in-class German technology,” comments Hainer.

Speedfactory is the factory of the future

The new motto is to produce fast and in a customer-oriented. Instead of a waiting time of three months for a pair of sneakers from the time of ordering, production in one of Adidas' factories in China, Vietnam or Indonesia and finally delivery, the new factory can churn out a pair of sneakers in five hours. That too in close proximity to its (European) customers, thus shortening transportation routes and delivery times, not to mention the supply chain and costs. And Germany is just the beginning - more Speedfactories will follow: the next one in 2017 in the United States and more in other strategic countries are planned. 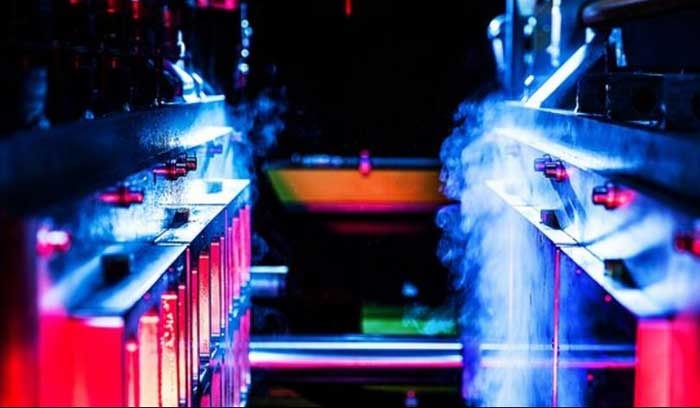 "When I started at Adidas in 1987, production was just moving to Asia," remembers Hainer. "Now we have come full circle and production is coming back." However, the Speedfactory will not make production in Asia redundant; at least not yet. For now, only 500,000 pairs of shoes will be produced here; a drop in the bucket compared to the 300 million pairs sold worldwide in 2015.

"It will take a few year until we have replaced a significant part of our production," admits Hainer but points to another advantage: „We believe that we can produce better quality here than in the Far East.“ In addition, Adidas has a clear lead compared to its competition.

Producing in Ansbach, not Asia

Apart from production, the speedfactories are also about research, about developing and testing the best production processes for quality sneakers. This currently happens at Oechsler's 3,200 square foot testing facility in Ansbach. Here, a knitting machine produces the material for the sneakers, which is then cut by laser. At the same time, the soles and shafts are produced and welded together (not glued), monitored by sensor of course.

After the first 500 pairs are done, the large-scale commercial production facility will take over. It will be operated by Oechsler and once completed, sprawl over an area of close to 50,000 square feet. According to Adidas, 160 new jobs will be created; a number that would be higher in a traditional production facility.

But automation is what makes production not only faster but also more efficient, after all, the amount of shoes produced could theoretically correspond exactly with the demand, thus making warehouses redundant. And the customers? Apart from ovenfresh bread, they may get used in time to factory fresh shoes, still warm from the various processes. And that could be the real revolution.